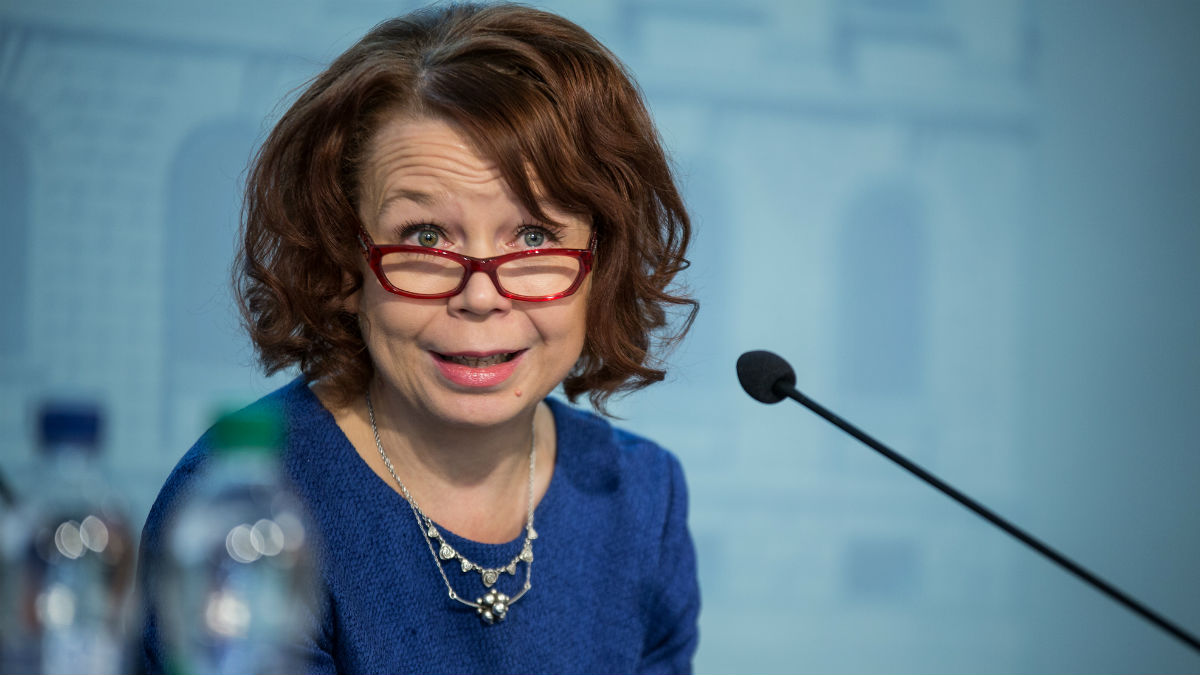 For veteran politician Pia Viitanen, important themes have been, among other things, combating inequality and housing issues.

Pia Viitanen, Minister of Culture and Housing, at a government press briefing on the youth guarantee on 9 April 2014. Laura Kotila/Prime Minister's Office

Former Minister of Housing Pia-Liisa Viitanen has held the development of suburban areas as one of the key objectives of her career.

Pia Viitanen, who has lived most of her life in Hervanta, Tampere, studied local politics at the University of Tampere. She was the chairperson for the Social Democratic student organisation and a member of the Student Union of the University of Tampere's Council of Representatives. After graduating with a Master's degree in public administration in 1993, Viitanen worked for Tampere's social and health care services until she was voted into Parliament in 1995. She had already been active in local politics previously and acted as deputy member of the City Council starting from 1992. She was elected to the Tampere City Council in 1996.

Viitanen has felt that the prevention of inequality, housing matters, culture and the environment have been the most important political themes for her. In Parliament, Viitanen has been a member of many committees including the Finance Committee, the Environment Committee, the Education and Culture Committee as well as the Grand Committee. Viitanen headed the Subcommittee for Education and Science from 2007 to 2011 and the SDP's housing policy working group from 2003 to 2011. She was a member of the YLE Administrative Council from 1999 to 2011. In Parliament, Viitanen has been a member of advocacy groups for disabled people's rights and animal welfare.

Viitanen was appointed to her position as minister after nearly twenty years as a Member of Parliament. She was selected as the Minister of Housing and Communications, when the SDP recycled its ministers. The Left Alliance resigned from the cabinet part-way through the term at which point Viitanen's title became the Minister of Culture and Housing. She also held this position in Alexander Stubb's cabinet.

Viitanen felt that her most important achievement during her terms as minister was the additional resources allocated for renovation, housing consultation and the development of suburban environments. In the area of cultural policy, she doubled the compensation paid to authors for loaning their work and supported projects that were aimed for children. During her term, the first State Prize was awarded for the field of comics and illustrations.

After her term as a minister, Viitanen returned to her position as a Member of Parliament. At the beginning of 2017 she was appointed chairperson for the Pirkanmaa region's Members of Parliament. Viitanen has held numerous positions within her party including that of the chairperson the party council from 2012 to 2014. She was a member of the party's presiding officers from 2005 to 2014. Viitanen has also acted as the chairperson for Työväen sivistysliitto, the Advisory Council on Housing and Advisory Council on Youth Affairs.