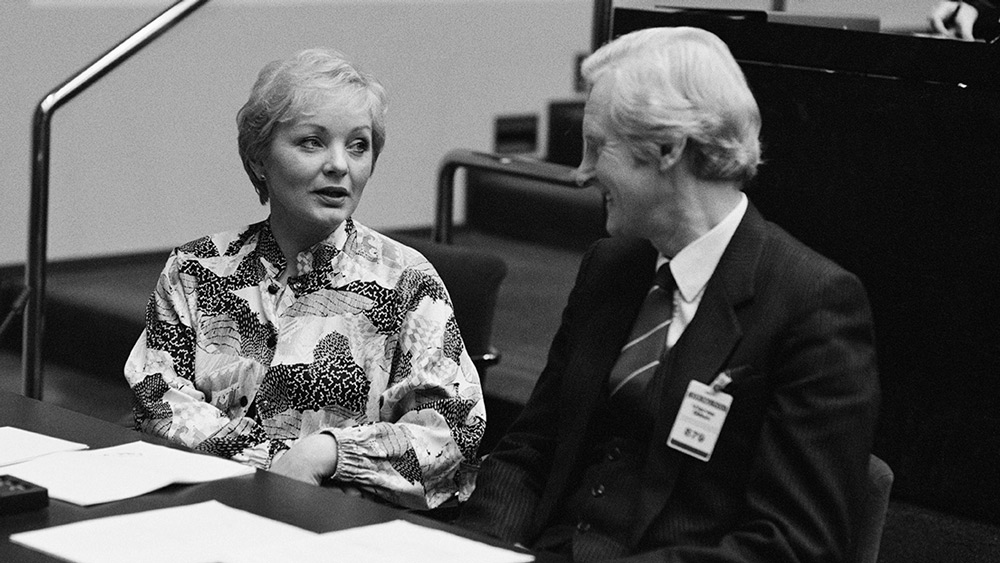 “I think daily life is politics. There’s nothing dramatic about it: it’s just attending to regular business. You could say that it’s time to put the politics back into politics and to return to quotidian politics.”

After serving as a Member of Parliament, Pirjo Ala-Kapee (as of 2001 Ala-Kapee-Hakulinen) made a long career as mayor and county governor.

Following her graduation from the University of Tampere with a degree in Master of Arts in 1972, Ala-Kapee worked as a history and social studies teacher and deputy principal at the Kiljava Trade Union Institute. As a secretary and researcher at the Central Organisation of Finnish Trade Unions (SAK), Ala-Kapee contributed to two history volumes on SAK in the late 1970s and early 1980s.

Ala-Kapee became involved in politics when she was elected to the Vantaa City Council in 1977. She then served as an MP for a continuous term of ten years, focusing on education and culture. For two periods in the 1980s, Ala-Kapee served as Vice-Chair of the parliamentary group of the Social Democratic Party and as Second Deputy Chair of the party during 1987–1990.

Ala-Kapee was appointed Minister of Education in Kalevi Sorsa’s fourth cabinet in 1986–87, when her predecessor Kaarina Suonio assumed the position of Deputy Mayor of Tampere. As a minister, Ala-Kapee took a special interest in developing vocational school legislation.

In 1989, Ala-Kapee was appointed Mayor of Vantaa City and served on the boards of the associations of local and city governments 1993–97. From 1997 to 2009, she served as Governor of the Province of Eastern Finland.

Ala-Kapee has been married to Pentti Hakulinen, former mayor of Kajaani City, since 2001. In the 2012 municipal elections, Ala-Kapee-Hakulinen, 68, was re-elected to the Vantaa City Council with a landslide of votes.

Ala-Kapee-Hakulinen takes a keen interest in art. Aside from writing, she paints, mostly abstract works using acrylic paints. One of her paintings was auctioned in the fund-raising campaign for the New Paediatric Hospital in 2014.

“I think daily life is politics. There’s nothing dramatic about it: it’s just attending to regular business. You could say that it’s time to put the politics back into politics and to return to quotidian politics.” (Pirjo Ala-Kapee-Hakulinen, 16 Dec 2010, p. 187. Veteran Members of Parliament Oral History Archive, Library of Parliament).