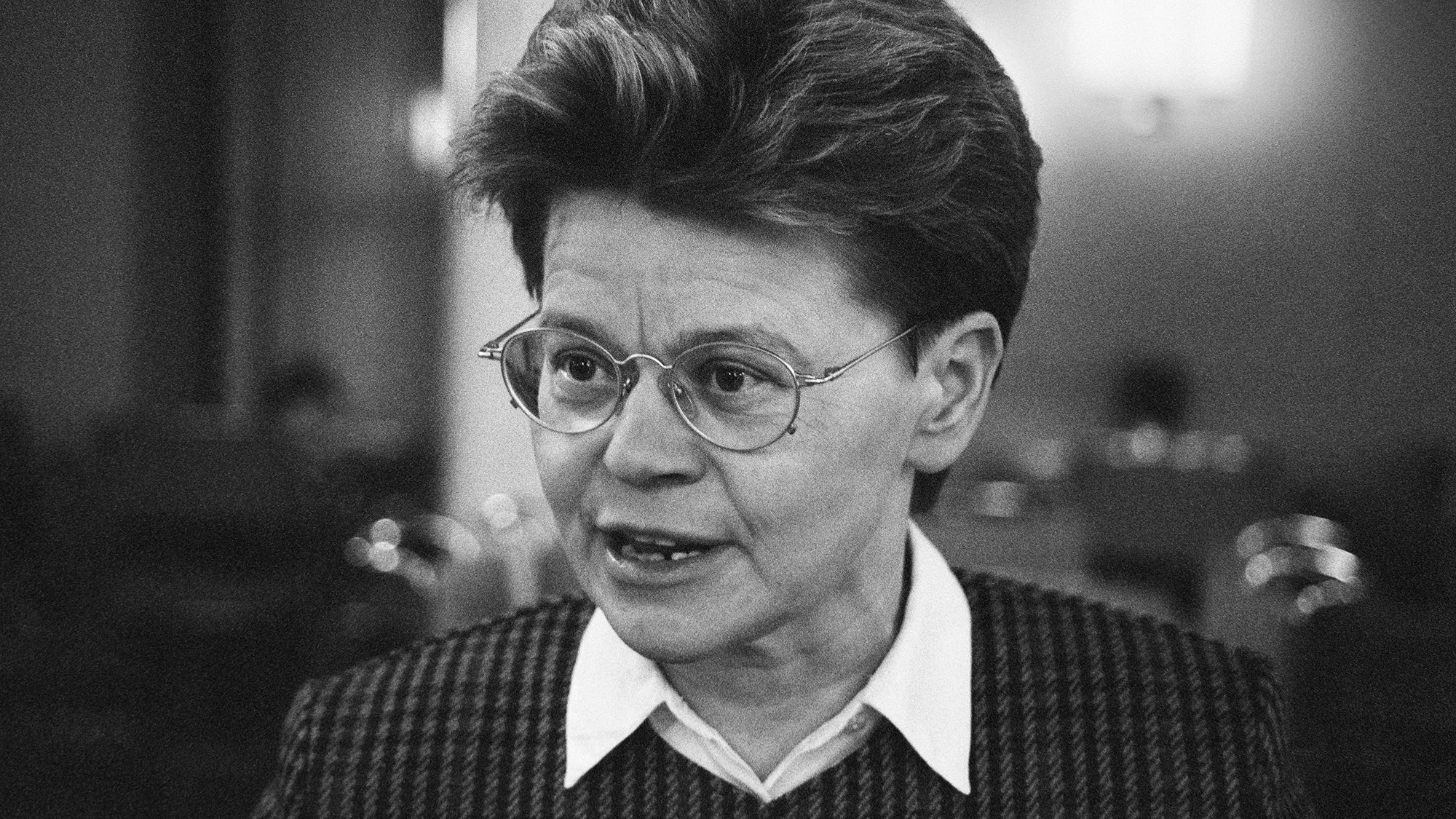 “In my opinion, an open and enquiring mind is the basic requirement for those who want to enter politics. People should differentiate their competence as much as possible. They should gain a command of things from a very early age, there should be nothing they are not familiar with.”

Member of Parliament Pirjo Rusanen photographed at the Parliament cafeteria during her 50th birthday interview on 13 December 1990. Esa Pyysalo/Pressfoto Zeeland/JOKA archive/National Board of Antiquities

Pirjo Maija Rusanen never intended to become a politician, but ended up as Minister for Housing and served as a member of Parliament for 12 years.

A daughter of shop-owners from Mikkeli, Pirjo Rusanen graduated with a degree in economics in 1963. She worked as a part-time teacher and lecturer of management accounting at the business institute of Mikkeli. She continued studying, graduating with a Master’s degree in Economics and Business Administration in 1970, and also obtained the qualification of HTM auditor five years later.

Rusanen became interested in politics when she was requested to stand as a candidate for the National Coalition Party in the municipal elections of 1973. She was elected and became the party’s first female representative in the city council of Mikkeli. She served as the chair of the city council in 1981.

Rusanen was elected to Parliament in 1983. She was a member of the Grand Committee and the Finance Committee, among other things, and became known as an expert in taxation. Rusanen was the second Minister of the Environment in Esko Aho’s Government, with housing as her area of responsibility. She implemented rent deregulation and initiated extensive repair construction. The Asuntovaikuttajat 2000 seminar awarded Rusanen for her contribution in the field of housing during the 1990s.

After her term as a minister, Rusanen was elected by Parliament to the European Parliament. She worked there from the beginning of 1995 until November 1996, serving in positions such as member of the Committee on Regional Policy and member of the delegation responsible for Estonian, Lithuanian and Latvian affairs. She stood as a candidate in the first actual European elections, but was not elected. After her political career, Rusanen worked as an auditor of the accounts through her own company and travelled.

Rusanen served as the chair of the sports organisation Etelä-Savon Liikunta from its foundation in 1999 until 2014. She was also the vice chair of Suomen Liikunta ja Urheilu, the federation of Finnish sports organisations, at the beginning of the 21st century. The Ministry of Education and Culture presented Rusanen with the Piikkarit award for her work in the promotion of gender equality in physical activity and sports. Rusanen said she became aware of gender equality issues in sports in 2000, when she participated in a conference on women and sports in Helsinki.

At the beginning of the 1990s, Rusanen obtained a private pilot licence.

“In my opinion, an open and enquiring mind is the basic requirement for those who want to enter politics. People should differentiate their competence as much as possible. They should gain a command of things from a very early age, there should be nothing they are not familiar with. They should be very knowledgeable and willing to learning something new all the time.” (Pirjo Rusanen, 13 June 2001. Veteraanikansanedustajien muistitietoarkisto, Library of Parliament, pp. 135-136).