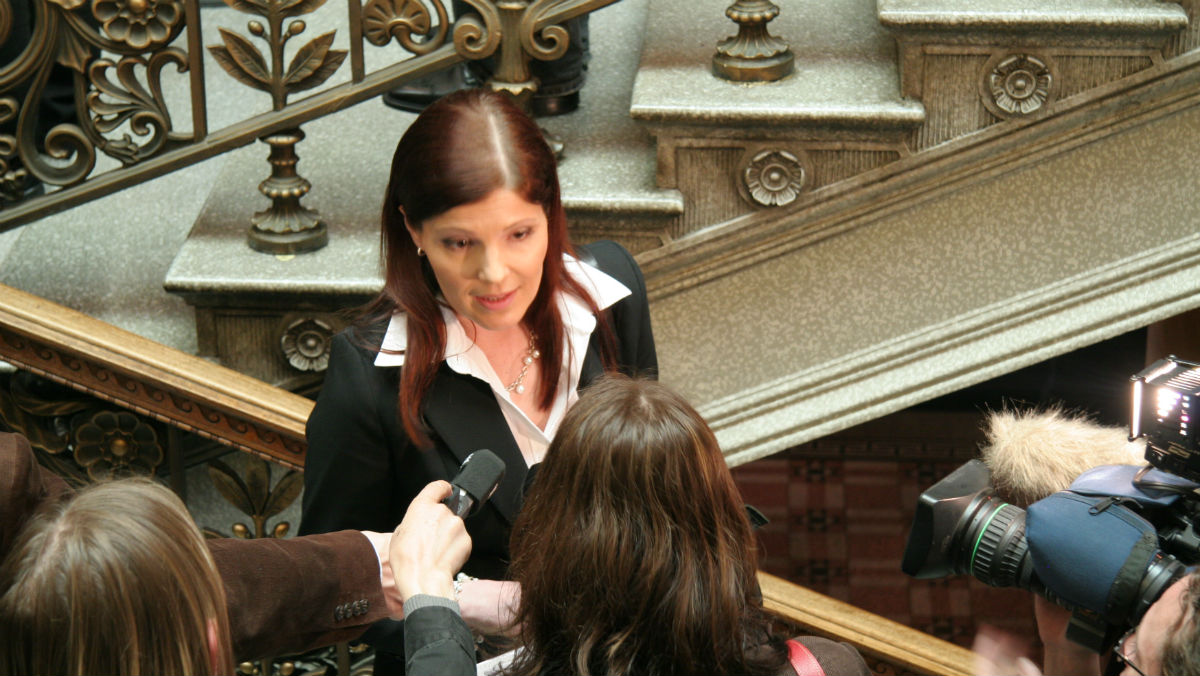 "If a man chooses his family, he is applauded, If a woman does the same, she is blamed for throwing in the towel. True equality will be achieved when women were also able to make decisions in this matter, which are considered correct."

Sari Johanna Sarkomaa was the first woman to head the National Coalition Party’s student organisation. As a Minister of Parliament, she worked to promote a large university reform.

Sarkomaa graduated in 1988 as a radiographer and took on temporary positions in health care sector tasks both in Finland and Sweden. She continued her studies at the University of Helsinki in health care management, administration and research methods. She graduated with a Master's degree in 1996 and began work as the social policy secretary for the National Coalition Party's parliamentary group.

Sarkomaa first became involved in politics during her studies, and she was the first woman to hold the position of chairman of Tuhatkunta the Student Union of the National Coalition Party.  From 1997 to 1998, she acted as vice chair for the Student Union of the University of Helsinki. Sarkomaa was elected to the Helsinki City Council in 1997 and continued as an elected member until 2012, at which time she decided to no longer stand as a candidate. She was the chairman of the City of Helsinki Environment Committee and a deputy member of the City Council.

In 1999, she was elected into Parliament on her first time as a candidate. She has focused on family, health care, equality and environmental policies. She worked in numerous parliamentary committees responsible for these themes and held the position of chairman of the Education and Culture Committee in 2003.

Sarkomaa was appointed Minister of Education for Vanhanen's second government. Though her term as minister run for less than two years, she managed to start many processes such as reforms for adult education and comprehensive education. The largest project was the university and higher education system reform, which included the founding of Aalto University. Sarkomaa increased the starting spots at vocational schools and teaching for immigrants. After the Jokela school shooting, she also focused on mental health services at schools.

In late 2008, Sarkomaa announced that she was stepping down from her position as minister, so that she could spend more time with her family. She has continued her career as a member of parliament and is a member of the Finance Committee and the Social Affairs and Health Committee. She is also the chairman for Kela's Parliamentary trustees and one of her party's social and health care experts.

From 1999 to 2012, Sarkomaa was the deputy chairman responsible for the National Coalition Party's programme and the chairman of the party council from 2004 to 2008. Additionally, Sarkomaa has held positions of trust especially in health care sector organisations. She has been a member of the HUS Helsinki Area Board, the Finnish Student Health Service Board and the Alzheimer Society of Finland Board. She was both a member of the Alko Inc. Supervisory Board and a member of the Finnish National Agency for Education Board from 2012 to 2015.

"When discussing women's networks, many women continue to state that they work in cooperation in the same manner with both women and men. This is not the point of the matter. Women must unequivocally work with one another as otherwise attitudes and structures will not change. (Talvitie, Eveliina: Keitäs tyttö kahvia. Naisia politiikan portailla. WSOY, 2013, p. 285)

"If a man chooses his family, he is applauded, If a woman does the same, she is blamed for throwing in the towel. True equality will be achieved when women were also able to make decisions in this matter, which are considered correct." (Kauppinen, Perttu:  ”Esimerkillinen nainen.” Hs.fi, 14 December 2008)

The YLE TV news broadcast announced on 11 December 2008 that Minister of Education Sari Sarkomaa was leaving her post. She was replaced by Henna Virkkunen.