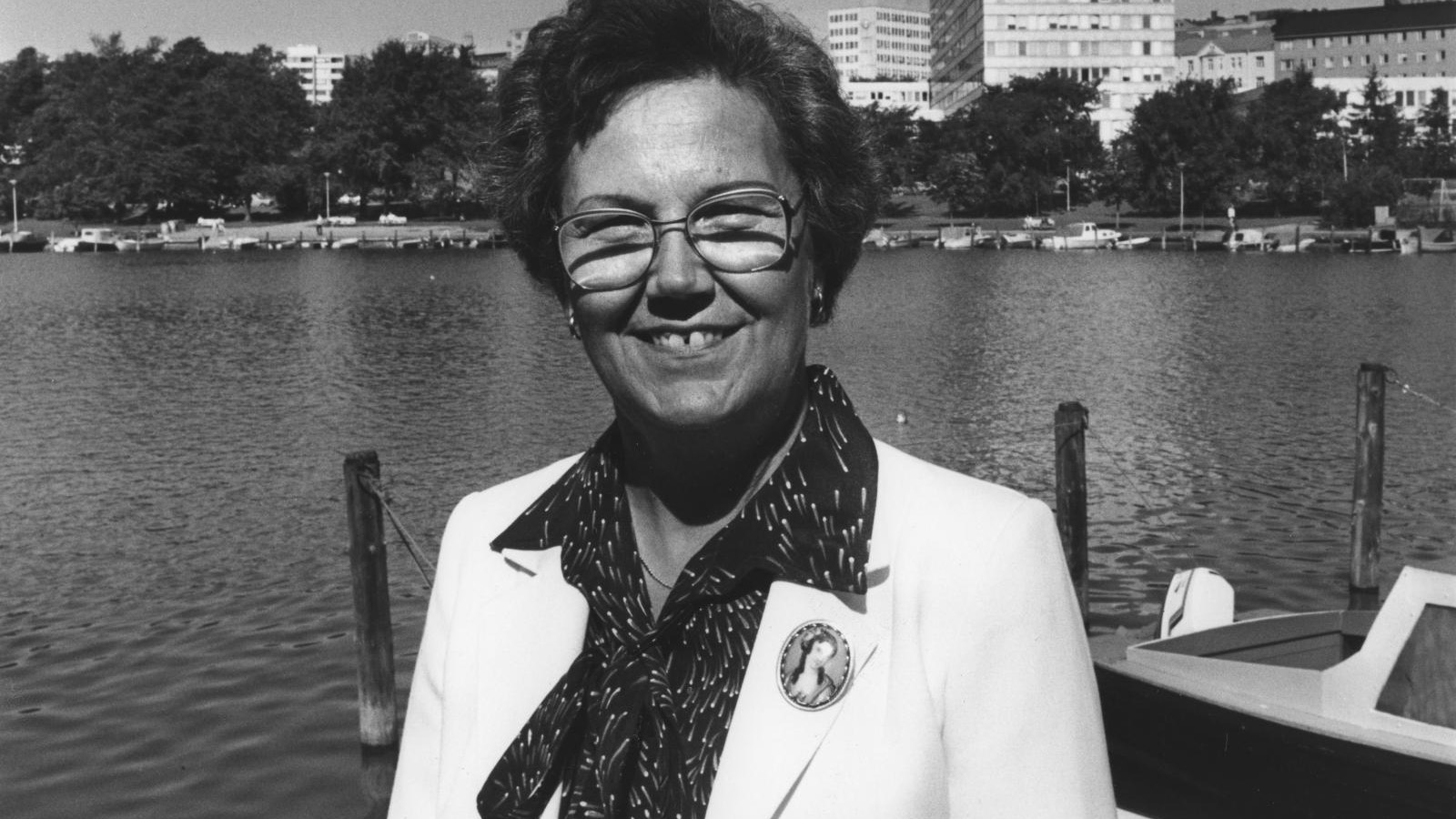 Sinikka Luja-Penttilä’s career culminated with the post of the Minister of Social Affairs and Health in Mauno Koivisto’s Government in the 1970s and 1980s.

Sinikka Marjatta Luja-Penttilä, who worked as an editor in a publishing company, was the first Social Democratic woman to chair one of the Parliament's committees. Her political career culminated in the office of Minister of Social Affairs and Health in the late 1970s and early 1980s.

Sinikka Luja-Penttilä was born in Antrea, Karelia, but her family later settled in the district of Leppävaara in Espoo. Her parents were involved in the Social Democratic Party: her father was a speaker and an opinion leader in the workers’ association, while her mother directed the association’s amateur plays and contributed to newspapers. Luja-Penttilä took her matriculation examination in 1945 and complemented her studies with various courses both in Finland and Manchester, England (in 1967). She started her working career as a proof-reader for Kauppalehti and took a position as an editor with the publishing house Kustannus Oy Tammi in 1947.

Luja-Penttilä started her political activities in Leppävaara worker's association in 1945 and went on to have a role in local politics and the central organisation of Social Democratic Women. The split in the Social Democratic Party also created a division in the women's organisations that was only repaired in 1979. Luja-Penttilä, who was one of the followers of Leskinen and chaired the Social Democratic Women's Association in Uusimaa in the relevant period, was a key actor in the unification. Regardless of her work in women's organisations, Luja-Penttilä stressed that women’s issues were part of the larger workers’ issue and supported close ties with the party.

Luja-Penttilä was first elected to the Parliament in 1966. In addition to the Commerce Committee and the Grand Committee, she was also a member of the Education and Culture Committee, becoming the chairperson of the latter in 1978. She was the first Social Democratic woman to chair a parliamentary committee. Equality issues and building the social security system were key themes for Luja-Penttilä. Many reforms were achieved during her time in the Parliament, including acts on children’s day care and national health as well as the comprehensive school system.

The political career of Luja-Penttilä, who was a presidential elector four times, culminated in the office of Minister of Social Affairs and Health in Prime Minister Koivisto's second government.

Luja-Penttilä left politics in 1983 after 17 years as an MP and 25 years in local politics in Espoo. Luja-Penttilä also served as an elected official in Osuusliike Elanto cooperative, the Finnish Heart Association and Kansan sivistysrahasto foundation. She chaired the Central Association of Finnish Pensioners in 1987–1993.

Luja-Penttilä was awarded the honorary title of sosiaalineuvos in 1988. She published a novel, Venla, based on her mother’s life story in 1983, and a 25-year history of the Social Democratic Women's Association in Uusimaa under the title ”Suomi ei tule toimeen ilman meitä” (Finland would not survive without us) in 1989.