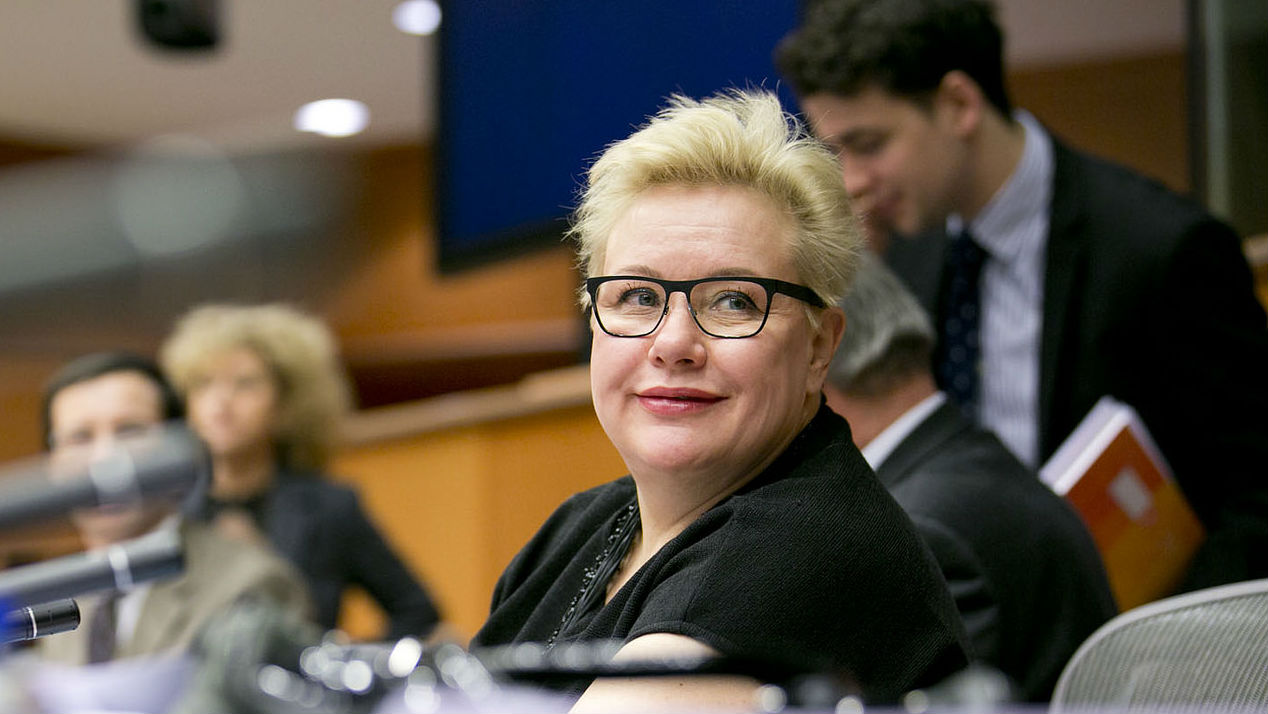 During my years in Brussels, I have noticed that people everywhere are very much alike. My local shopkeeper is Turkish and my hairdresser is originally from Venezuela. People are more aptly defined by universal humanity than nationality.

Sirpa Pietikäinen at the European Parliament on 23 January 2014. EPP Group

Sirpa Maria Pietikäinen was the first representative of the National Coalition Party to become Minister of the Environment. She is one of Finland’s longest-serving Members of the European Parliament.

Pietikäinen studied economics and business administration at Helsinki School of Economics while working in various project assignments and conducting marketing research surveys. She finished her Master’s degree in 1986, complementing her education with studies in negotiation theories and economic policy management in the late 1980s.

In Parliament, Pietikäinen served on the Grand Committee, the Foreign Affairs Committee, the Committee for the Future and the Second Legal Affairs Committee, among other duties. She was also a member of the Finnish Delegation to the Nordic Council from 1987 to 1991. Pietikäinen’s ‘blue-green’ stance, combining aspects of conservative and environmental policies, propelled her to the position of the Minister of the Environment in Prime Minister Esko Aho’s Cabinet. She frequently clashed with her own party in issues concerning the economy and nuclear power. Indeed, one of the key issues during her ministerial term was construction of a fifth nuclear power plant, which she opposed. Her stand prevailed in a vote taken in Parliament in 1993, but was later defeated in a 2002 vote.

Pietikäinen withdrew from politics for a while in 2003, acting as her parents’ informal carer while working as a consultant and a negotiation theory instructor at Helsinki School of Economics. She initially took her seat in the European Parliament as a replacement Member in 2008, but was elected straight through for two subsequent terms. Among other duties, Pietikäinen has served on the Committee on Economic and Monetary Affairs and the Committee on the Internal Market and Consumer Protection (as Vice-Chair from 2012 to 2014).

Within her party, Pietikäinen was one of the Deputy Presidents from 1989 to 1995. The party programme prepared under her leadership placed an added emphasis on social and environmental values. Pietikäinen also chaired the UN Association of Finland from 1996 to 2007 and the World Federation of United Nations Associations (WFUNA) from 2000 to 2004. She has sat on the Board of Directors of KONE Corporation since 2006. In her hometown of Hämeenlinna, she served on the City Council from 1981 to 1992.

“As a young MP, I believed that equality issues would be in a completely different place within the next few decades. However, the situation is still surprisingly similar – after all, male chauvinistic thinkers have not been relegated to the National Museum.” (Itkonen, Leila: ”Mitä olen oppinut: Sirpa Pietikäinen.” [‘What I have learnt: Sirpa Pietikäinen.’] Website of the Apu magazine at apu.fi, 7 August 2015.)

“During my years in Brussels, I have noticed that people everywhere are very much alike. My local shopkeeper is Turkish and my hairdresser is originally from Venezuela. People are more aptly defined by universal humanity than nationality. Finns would feel better if we were to embrace more friendly interactions as part of our everyday lives.” (Itkonen, Leila: ”Mitä olen oppinut: Sirpa Pietikäinen.” [‘What I have learnt: Sirpa Pietikäinen.’] Website of the Apu magazine at apu.fi, 7 August 2015.)