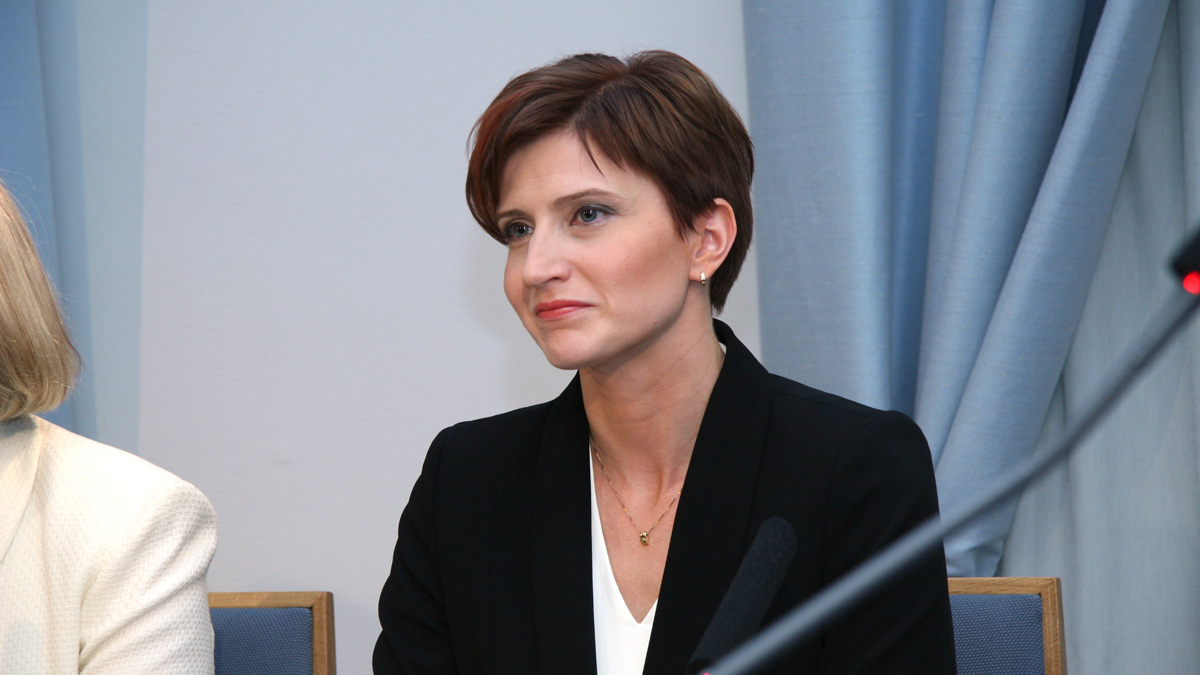 “I got into politics – as young people often do – on the encouragement of my friends. Naturally my family background also had an impact: my parents have always been active Social Democrats.”

Krista Anri Susanna Huovinen started her political activities in Social Democratic Youth, the youth organisation of the Social Democratic Party of Finland, at the age of 15. She became a minister when she was 33 years old.

Susanna Huovinen, who makes her home in Säynätsalo, studied social policy and obtained a Master of Social Sciences degree from the University of Jyväskylä in 1998. She worked among others as a freelance instructor and journalist, and as liaison secretary of the anti-racism campaign of the Finnish Youth Cooperation – Allianssi. In addition, she supplemented her knowledge through training for EU experts and instructors.

Encouraged by her immediate circle, Huovinen took part in the activities of Social Democratic Youth and was deputy chairperson of the organisation in 1994–1996. Huovinen was a candidate for election to Parliament for the first time already in the spring of her matriculation examination year, in 1991, but her career as a Member of Parliament did not begin until 1999. Prior to that, she gained experience as a municipal councillor in Jyväskylä. In Parliament, Huovinen has been chairperson of the Environment Committee twice. She has also been a member of the Commerce Committee and the Committee for the Future as well as the Speaker’s Council. In 2003–2005 she acted as first vice chair of the Social Democratic Parliamentary Group.

She became a minister at the age of 33, and is one of the youngest among women beginning their term as minister. Huovinen served as Minister of Transport and Communications in the first Vanhanen Government and as Minister of Health and Social Services in the Katainen and Stubb Governments. As Minister of Health and Social Services, Huovinen worked particularly on reform of healthcare and social services, and saw through reform of social welfare legislation that restored the possibility of home help to families. Legislation on alcohol also attracted attention; Huovinen was a supporter of stricter legislation.

Following her period as minister, Huovinen returned to be a Member of Parliament, serving for instance as chair of the Advisory Council of the Finnish Institute of International Affairs. In 2008, she left municipal politics after 16 years. Appealing to family reasons, Huovinen did not seek to become chairperson of the Social Democratic Party in 2017.

Huovinen, who went in for athletics and rhythmic gymnastics when young, has held several positions of trust in sports organisations and, among others, on the National Sports Council. She was on the Board of the Federation of Mother and Child Homes and Shelters for a long time. In 2016, Huovinen was elected to chair the Finnish Union for Senior Services.