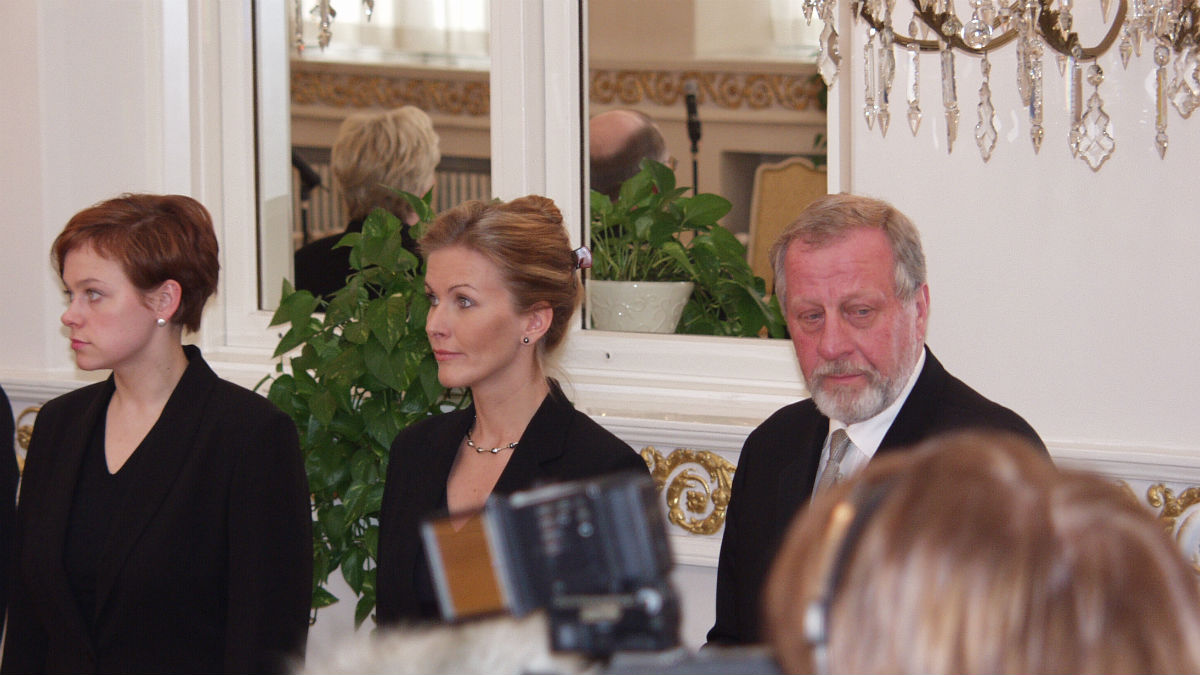 “If you have already been in the public eye, of course it’s easier to get publicity as a politician as well. But you have to work long and hard to earn credibility.”

Tanja Tellervo Karpela was elected to Parliament for the first time in 1999. She was a visible Minister of Culture in Prime Minister Matti Vanhanen’s First Cabinet.

Holding a polytechnic Bachelor’s degree in Social Sciences, Karpela served the longest stretches of her 12-year career as a Member of Parliament on the Parliamentary Education and Culture, Foreign Affairs and Environment Committees. In the 2003 election, she brought in the third largest number of votes in the country.

Karpela served as Minister of Culture in the Cabinets of Prime Ministers Anneli Jäätteenmäki and Matti Vanhanen. During her ministerial term, the culture sector received more funds than ever before since the 1980s as a result of the reform of legislation governing the use of proceeds from money lotteries, pools and betting. Government transfers for theatres and orchestras increased, and Karpela established a Cultural Export Division within her Ministry. Consequently, she feels that the prime project of her term was the cultural cooperation launched between the European Union and Russia. Karpela was also involved in pushing through the new Copyright Act.

Animal welfare issues have been front and centre in Karpela’s activities throughout her career in many different ways. Even before pursuing a career in politics, Karpela was involved in animal welfare campaigns, subsequently participating in Parliament’s Animal Welfare Group. Karpela supported prohibition of fur farming and defended wolves, even though neither of these themes was popular in her Centre Party.

Karpela ended her career in Parliament in the spring of 2011, declining to stand for re-election. She concentrated on voluntary animal welfare supervision work and set up a company, KAER Oy, providing dog care and training services with her spouse. They also run an association called Suomen koirien turvakoti (‘Dog Shelter of Finland’), out of their home in Salo. Karpela also appeared on animal-related TV series, such as Tanja ja Eläinsairaalan lemmikit (‘Tanja and Animal Hospital Pets’) and Koirakouluttaja Tanja Karpela (‘Dog Trainer Tanja Karpela’).

The political career of Karpela (née Vienonen) was extensively covered by the media, because she had become famous nationwide as the 1991 Miss Finland and as a model.

“If you have already been in the public eye, of course it’s easier to get publicity as a politician as well. But you have to work long and hard to earn credibility.” (Saari, Heikki: Median jahtaamat. [‘Hunted by the Media.’] Moreeni, 2010, p. 158.)

“When Jäätteenmäki appointed me as Cabinet Minister, it also drew a puzzled reaction from the art world. Towards the end of my ministerial term, the Helsingin Sanomat newspaper conducted a survey among arts people, who ranked me as the second best Minister of Culture after Claes Andersson. So I must have done something right. It felt good. Prejudices have faded over the years.” (Saari, Heikki: Median jahtaamat. [‘Hunted by the Media.’] Moreeni, 2010, p. 162.)