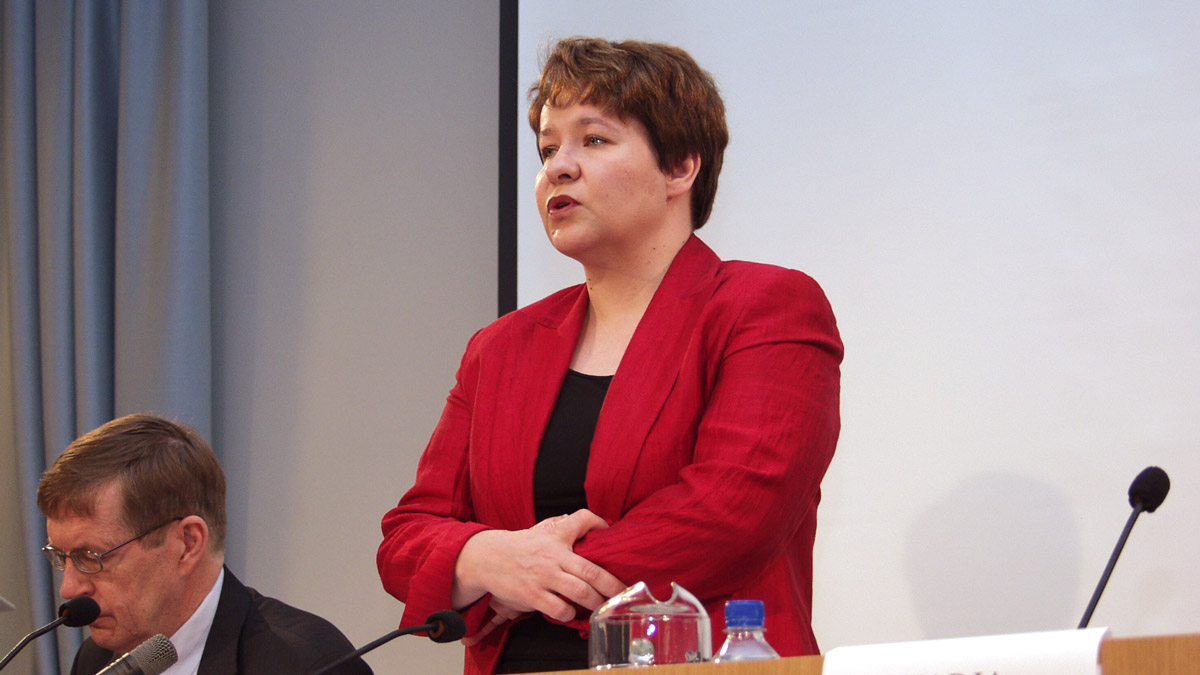 “I am a woman and I’m proud of that. If someone considers me to be a token woman to fill up the quota, they can go right ahead. I’d rather be part of the women’s quota than the regional policy quota.”

Tarja Filatov was born in Hämeenlinna as the daughter of a sheetmetal worker and a seamstress. She studied social sciences at the Workers’ Academy in the 1980s and went on to study journalism and mass communication at the University of Tampere. Her interest in politics was sparked by her theatrical hobby. She worked as a communications officer at the Office of the Ombudsman for Equality and as a freelance journalist, among other positions, and served on the State Youth Council. She became familiar with youth politics as the Chair of both the Finnish and Nordic Social Democratic Youth organisations (in 1990–1994 and 1991–1992, respectively). Filatov has also been involved in the local politics of her hometown of Hämeenlinna since 1989.

As a Member of Parliament, Filatov has served on several parliamentary committees, including the Transport and Communications Committee, the Environment Committee and the Committee for the Future, serving as the Deputy Chair of the last-mentioned organ on two occasions. She also served as Second Deputy Speaker of Parliament for just over a year (2010–2011). Filatov’s career as the Minister of Labour started from Prime Minister Paavo Lipponen’s Second Cabinet, continuing in the Cabinets of Anneli Jäätteenmäki and Matti Vanhanen. With her experience of over seven years, she is the longest-serving Minister of Labour in Finland.

After her time as a Minister, Filatov has continued her work as an MP, chairing the Employment and Equality Committee. She has taken stands on issues such as short-term work, long-term unemployment, small entrepreneurship and income taxation.

Filatov has held several positions of trust within her party. She was a member of the Party Executive from 1990 to 1996 and served as the party’s Vice President from 2002 and 2008. She chaired the Social Democratic Parliamentary Group from 2007 to 2010 and the Party Council from 2014 to 2017. Filatov also chaired Social Democratic Women for almost a decade (1999–2008).

Employment and equality issues have been important to Filatov both in politics and in her positions of trust. She has served on the Council for Gender Equality since 2011 and chaired the National Advisory Board on Romani Affairs since 2014.

Filatov is still involved in the theatre and chairs the Association for Amateur and Professional Theatres in Finland (TNL).