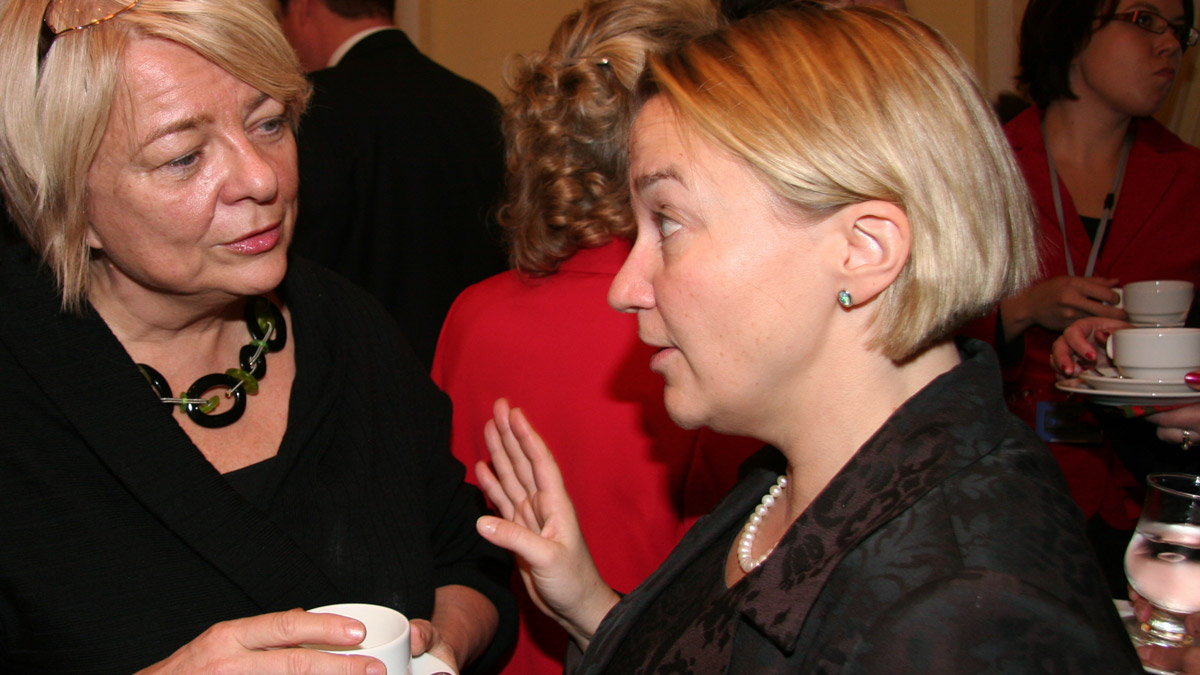 “Let’s chop this up into pieces that people can understand and put those pieces into order.”

During her term of office as Minister of Justice, Tuija Brax introduced a constitutional reform that included the citizens’ initiative.

Tuija Brax grew up in Pirkkala and played basketball when she was a child. She dreamt of being an actress and an engineer. The time she spent in Germany as an exchange student, however, made her aware of environmental problems and awakened a desire to influence in environmental matters. Brax graduated with a master’s degree in law in 1990. After that she worked as the secretary for legislation of the parliamentary group of the Greens and in a division of the Consumer Complaint Board.

Human rights policy, environmental policy and matters related to physical activity and sports were important themes to Brax during her 20 years as a member of Parliament. She was chair of the Green League from 1995 to 1997. Brax was the representative of the Finnish Parliament in the convention drafting the EU Charter of Fundamental Rights from 1999 to 2000.

Brax was the Minister of Justice in both Matti Vanhanen’s second Government and Mari Kiviniemi’s Government. As a minister, she reformed the legislation on election funding, the legal position of victims of domestic violence and the punishments for crimes against animals. In addition to the citizens’ initiative, Brax also considers the clarification of the roles of the Prime Minister and the President in foreign policy as her achievements in her political career.

In 2015, Brax was chosen as the general secretary of Sydänliitto, and she left politics at the end of her term as a member of Parliament. Work in organisations and associations have been important to Brax during her entire career. Since 2016, she has served as chair of the Finnish Federation of Graduate Women and chair of the copyright society Gramex.

Brax’s favourite expression is “Let’s chop this up into pieces that people can understand and put those pieces into order.” (Mölsä, Ari: “General secretary of Sydänliitto Tuija Brax: A populist-lawyer is a scary sight.” Lakimiesuutiset.fi, 9 December 2016)

“Valuing ourselves only through work is a bad idea. We should perceive ourselves through the mosaic of our entire lives, through the many roles a person has.”  (Puhto, Sanna: “This is why Tuija Brax is leaving politics.” Seura.fi, 1 April 2015).

“Politics was never the most important dream for me. It was a side track that proved to be extremely interesting.” (Puhto, Sanna: “This is why Tuija Brax is leaving politics.” Seura.fi, 1 April 2015)