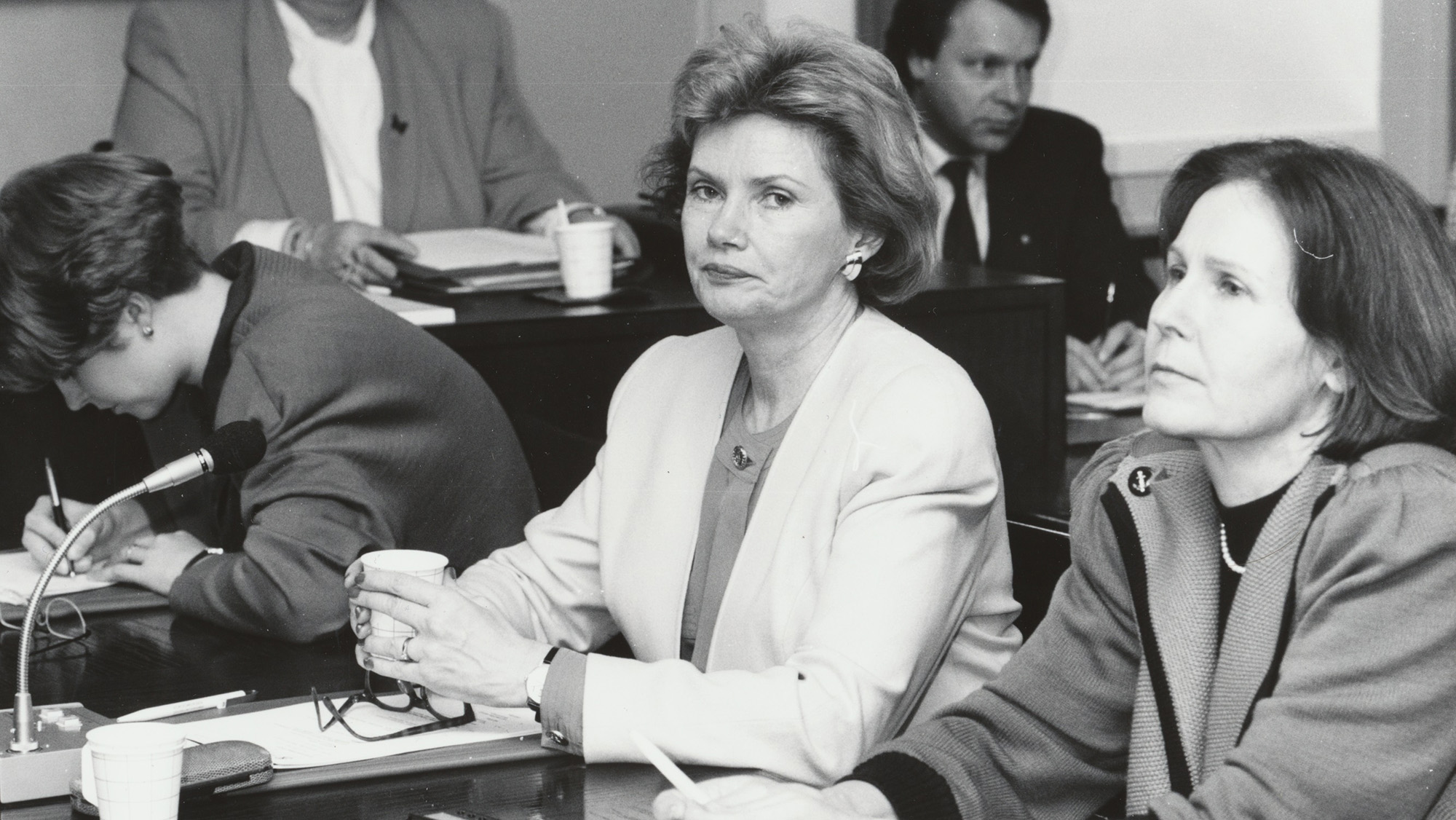 Tuula Linnainmaa was Minister of Transport in the Lipponen Government in the 1990s. After her ministerial career she served as Provincial Governor of Southern Finland.

The decision to launch the digitalisation of television broadcasting was made during Tuula Maj-Lis Linnainmaa's term as Minister of Transport. Linnainmaa became interested in politics due to her desire to enhance the status of small entrepreneurs.

Tuula Linnainmaa grew up in Hämeenlinna and graduated with a Bachelor's Degree in Political Science from the University of Helsinki in 1973, initially working as the office manager in her family company. She became politically active in local politics in Espoo, where she was involved from 1985 to 1992. During her ten years as Member of Parliament, Linnainmaa was a member of the Legal Affairs and Banking Committees as well as the Grand Committee, among other things. She was in charge of different tasks in the parliamentary group of the National Coalition Party, and served as the group's deputy chair in 1995.

Linnainmaa was the Minister of Transport in Lipponen's first Government. Decisions made during her term included launching the digitalisation of television broadcasting and the incorporation of parts of the Finnish Broadcasting Company (YLE). The increase in traffic to and from Russia and major railway and road construction projects also kept her busy as Minister of Transport.

Linnainmaa's term was cut short as she became the provincial governor of the Uusimaa Province for a fixed term in the spring of 1997. She was appointed to the actual position of provincial governor in the autumn of the same year as the Southern Finland Province was established. She retired from the position in 2004.

In the 1980s and 1990s, Linnainmaa participated in a number of national defence sources and was a member of the National Board of Economic Defence and the Advisory Board of the Finland's War Veteran Association, among others. She has had numerous positions of trust in different organisations, foundations and state enterprises.

After her retirement, Linnainmaa began studies in visual arts at the Institute of Adult Education in Helsinki in 2006. She discovered oil painting as the art form closest to her heart. In addition to private exhibitions, Linnainmaa's work has been showcased in several joint and group exhibitions.