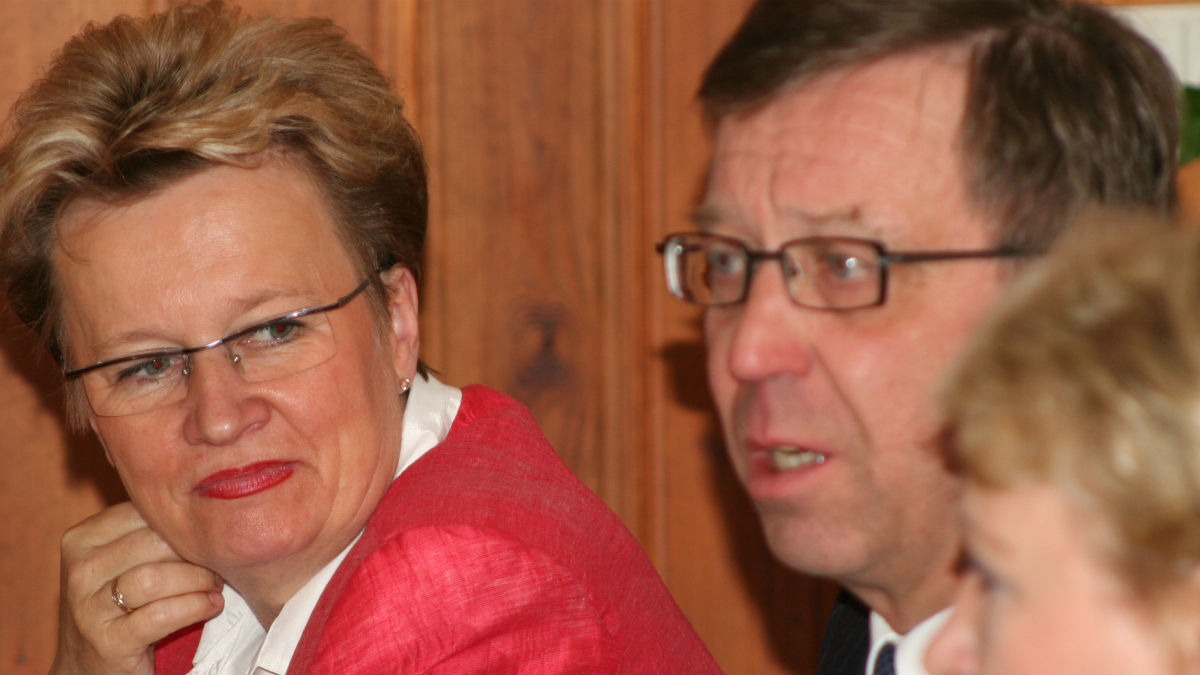 During her long political career, Ulla-Maj Wideroos has served as minister and chair of her party’s parliamentary group.

Prior to her 20 year career in national politics, Cecilia Ulla-Maj Wideroos acted as chief executive of Oravainen.

Wideroos, who is from Pietarsaari, graduated with a Qualification in Economics from the Vaasa Commercial College in 1971. She worked at the Vöyri säästöpankki bank, as Press Secretary for the Nordic Press Office and as District Director for Oravais Talo-Hus Ab.

Wideroos became active in politics in the 1970s and 1980s as the executive director of the Swedish People's Party's youth organisation in Ostrobothnia as well as her district's chairperson. She was the chief executive for Oravainen from 1986 to 1995, with a year in between as special adviser to Minister of Transport Ole Norrback.

Wideroos was voted into Parliament for the first time in 1995. She was a member of the Education and Culture Committee, the Environment Committee, the Administration Committee and the Commerce Committee. Wideroos, who has been praised for her negotiation skills, led her parliamentary group from 1999 to 2003 and again from 2007 to 2011. She acted as Deputy Minister of Finance in Jäätteenmäki's cabinet and Vanhanen's first cabinet.

During her ministerial terms, Wideroos advocated for more extensive pensions savings, was part of the team that enacted legislation on savings that applied to the Bank Finland and took a stand on the taxing of alcohol. She withdrew from Parliament and most of her positions of trust in 2015.

From 2009 to 2015, Wideroos chaired the board for the Regional Council of Ostrobothnia. During the 2000s, she has been a member of her home town Närpiö's City Council and the board of Åbo Akademi University. From 2007 to 2009, she was the Secretary General of the Swedish Assembly of Finland; Folktinget.­ Wideroos successfully passed her matriculation examinations during her last term as a Member of Parliament in 2013.

Guests invited to a YLE programme “A-studio”, aired on 11 July 2003, discussing a proposal for a flat tax model. The interview with Ulla-Maj Wideroos, Minister of Finance, begins at time stamp 01:12.