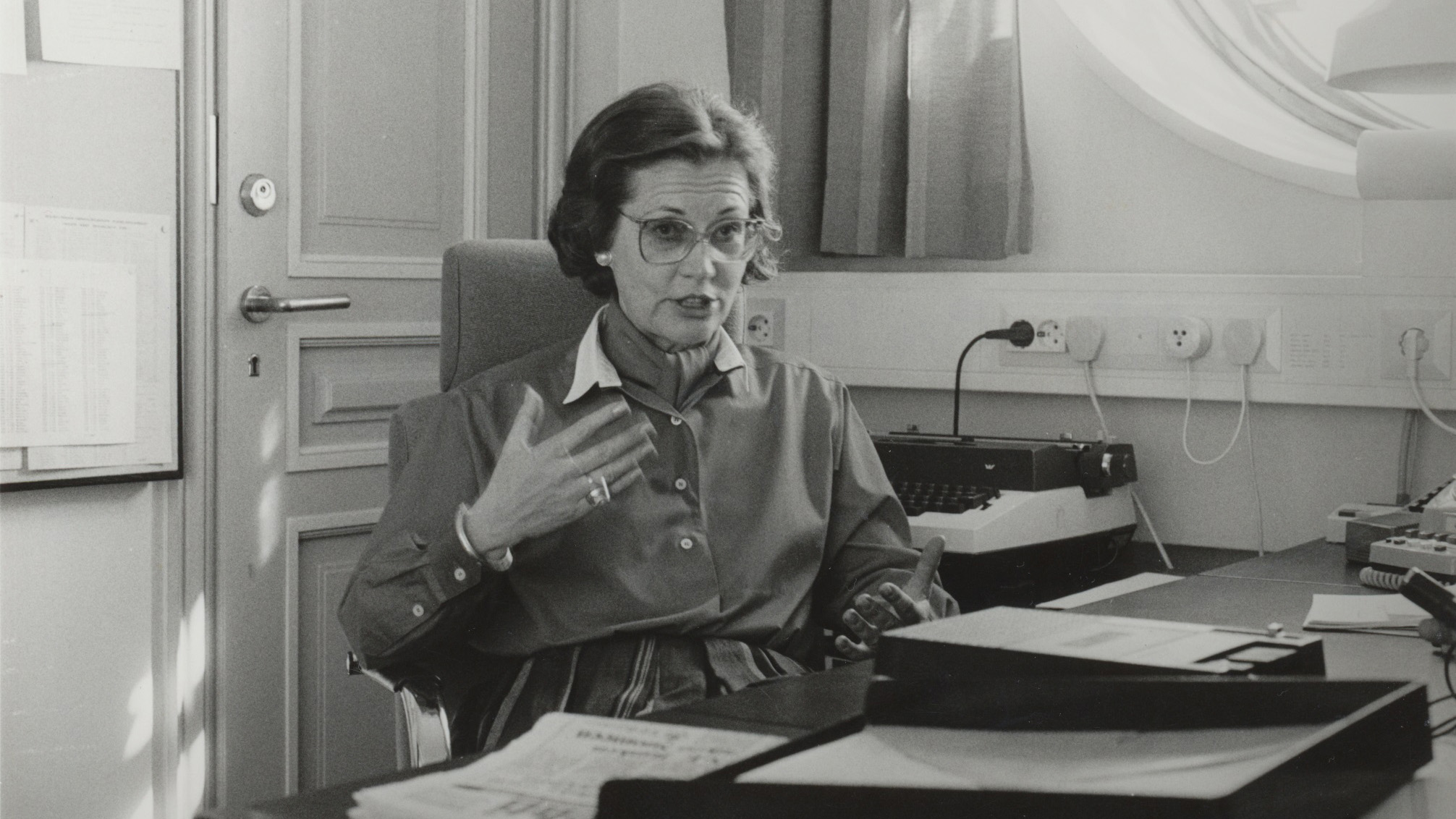 Ulla Puolanne served as Minister at the Ministry of Finance at the turn of the 1980s and 1990s. After her long career in politics, she received the honorary title of Minister.

Ulla Puolanne was a Member of Parliament beginning in 1975. She became a minister in the Government of Harri Holkeri, which took office in 1987. Nykypäivä photography collection/Porvarillisen Työn Arkisto archives

Ulla Kaija Puolanne was involved in carrying through a major tax reform as Coordinate Minister of Finance at the turn of the 1980s and the 1990s.

After graduating as Bachelor of Science in Economics and Business Administration from Helsinki School of Economics in 1954, Puolanne worked as a correspondent and an office manager at several companies. Her longest stretch of employment, 22 years, was as the financial manager of her spouse’s engineering office. Her involvement in politics started on the Lahti City Council in 1969 and eventually led to the Parliament doors opening for her in 1975.

Puolanne was one of the most visible female politicians in her party, even though she did not represent its women’s organisations or policy areas generally favoured by women. Ever since the beginning of her career as a Member of Parliament, she focused on economic issues and especially on taxation. Among other duties, Puolanne served on the Parliamentary Banking and Finance Committees, also chairing the Tax Sub-committee of the latter. She chaired the National Coalition Party Parliamentary Group from 1984 to 1986, being the first woman to hold this role.

A proponent of ‘blue-red’ cooperation between the conservative National Coalition Party and the Social Democrats, Puolanne was appointed as Coordinate Minister of Finance to Prime Minister Harri Holkeri’s Cabinet. Together with Minister of Finance Erkki Liikanen, Puolanne pushed through a major tax reform, which aimed to ease taxation on earned income while increasing tax revenue through economic growth and expansion of the tax base. The solutions were part of the strict austerity policies conducted at a time when Finland was in the throes of a recession in the early 1990s.

At the end of her ministerial term in 1991, Puolanne decided to withdraw from politics. During her career, she held several positions of trust, mostly as an auditor. In 2002, the City of Lahti successfully applied for the Finnish honorary title of ‘ministeri’ for its prominent politician. In her old age, Puolanne resigned from the National Coalition Party, because she disagreed with its support for issues such as gender-neutral marriage legislation.