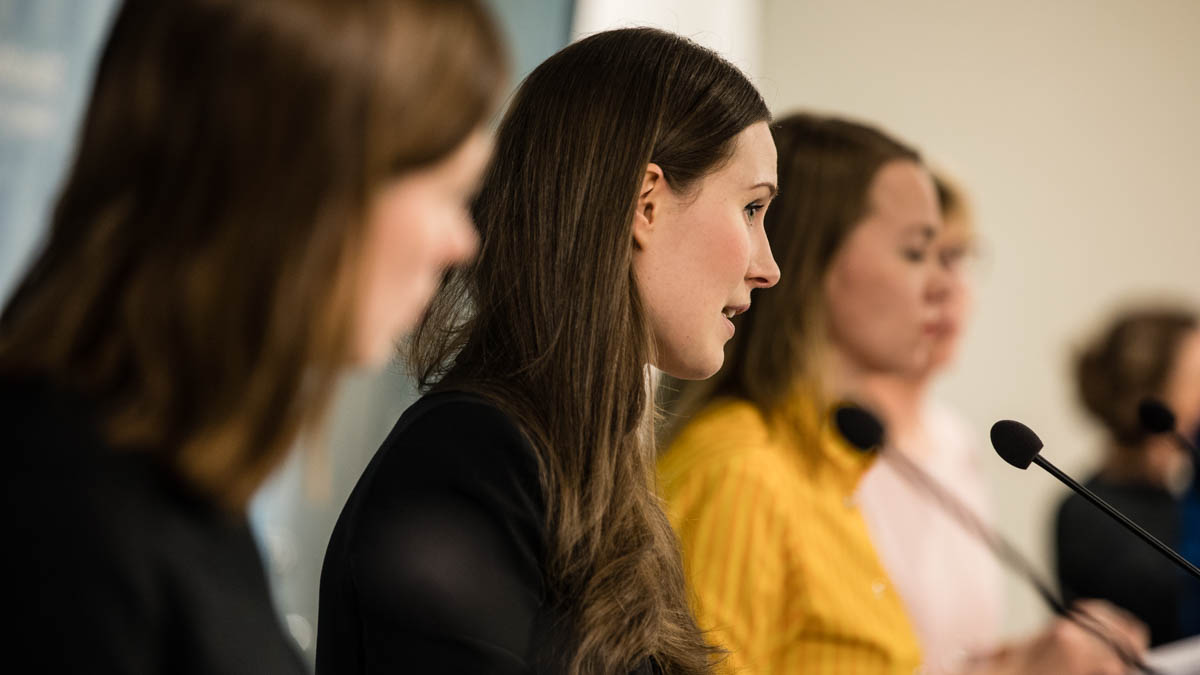 The Government decided to extend until 13 May 2020 the duration of the previously imposed restrictions to slow down the spread of coronavirus infections and to protect those at risk. 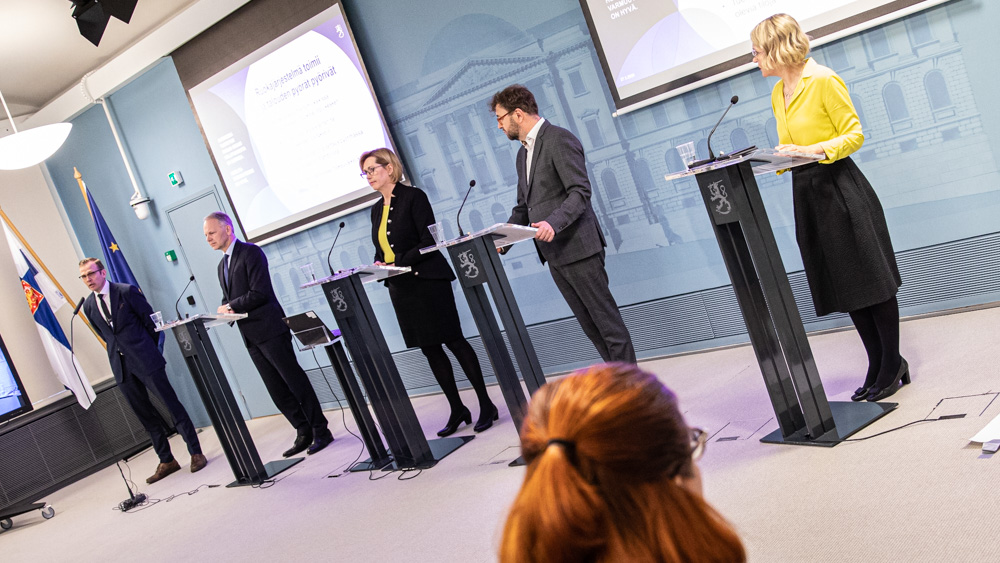 The Government held a briefing on the coronavirus situation on Friday 27 March. At the beginning of the event, Director of Government Security Ahti Kurvinen reported on the measures taken at the airport to prevent the spread of the virus. The briefing addressed matters related to security of supply, such as ensuring the smooth functioning of the food and transport systems and the sufficiency of emergency stockpiles.

Minister of Employment Tuula Haatainen, Minister of Agriculture and Forestry Jari Leppä and Minister of Transport and Communications Timo Harakka were present at the event.

Media briefing 26.3.
Situation of Finnish nationals abroad and details of their return to Finland 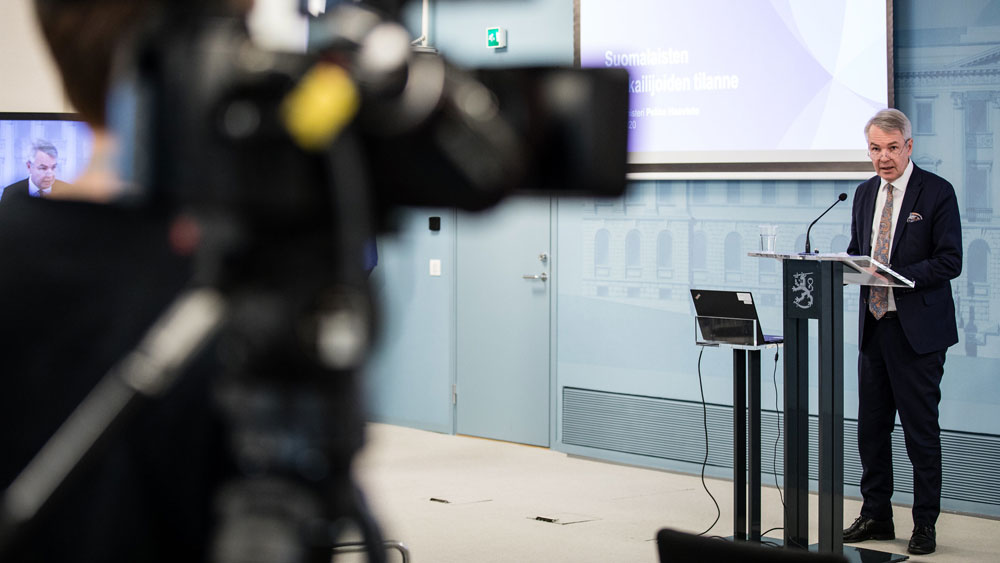 The Government held a media briefing on the COVID-19 situation on Thursday 26 March. The briefing provided information on the situation of Finnish nationals who are currently abroad and on their return to Finland. Minister for Foreign Affairs Pekka Haavisto attended the briefing. 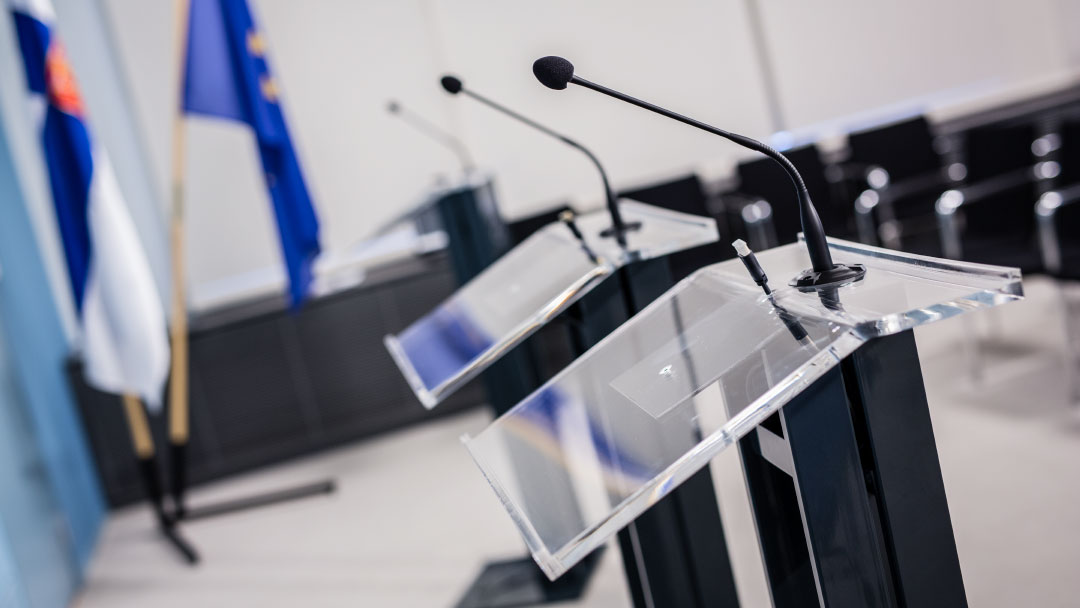 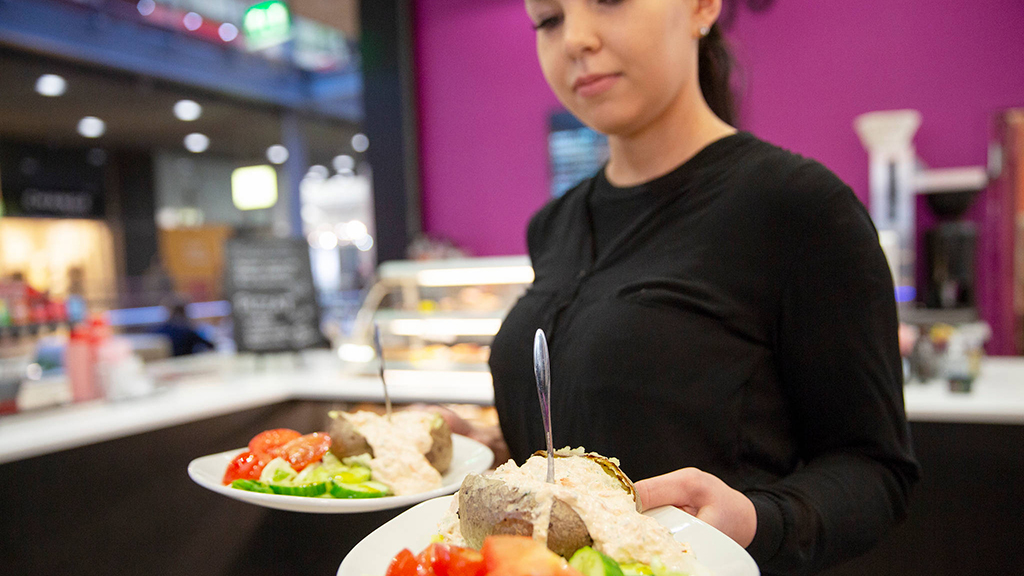 Finland is currently in a state of emergency because of the COVID-19 coronavirus outbreak, and in order to prevent the spread of the virus, restaurants, cafés and licensed premises will be closed to customers as soon as possible. On 24 March 2020, the Government submitted a government proposal on the matter to Parliament. These restrictions will remain in force until 31 May 2020. 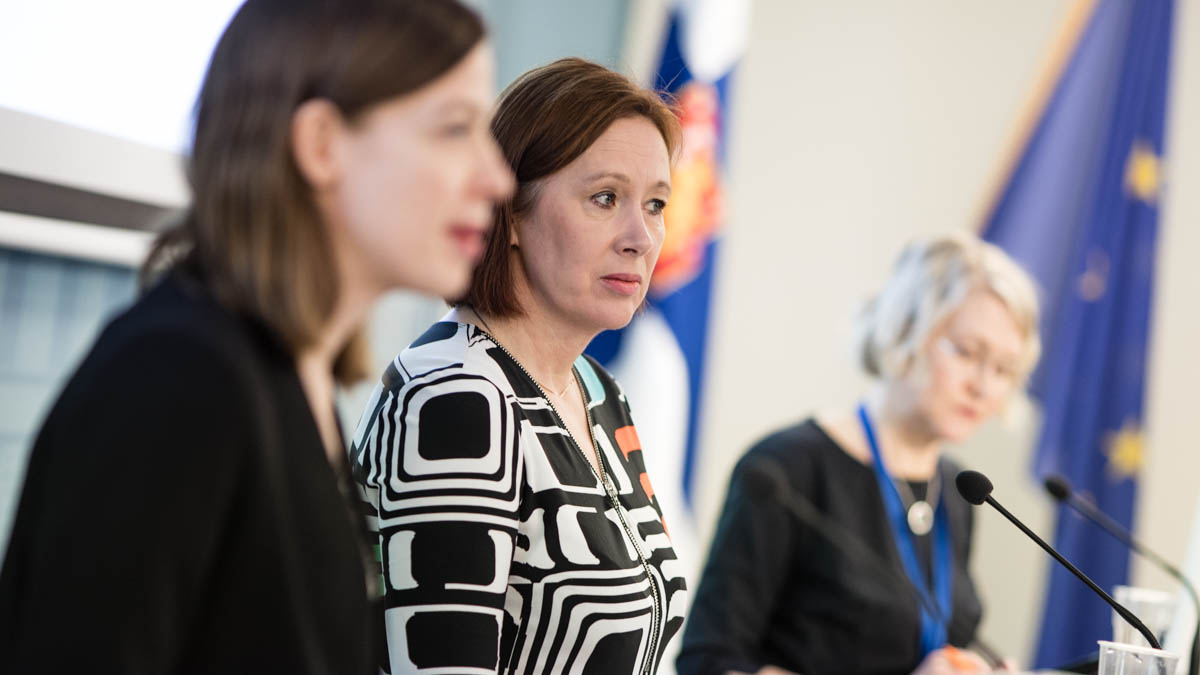 At the Government briefing, Minister of Local Government Sirpa Paatero discussed the effects of the coronavirus situation on the municipal sector. The Ministry of Finance is actively monitoring the situation, and developments in the economic impact on municipalities are being assessed in cooperation with the municipalities.

Minister of Education Li Andersson also attended the briefing and answered questions concerning early childhood education and care and the arrangement of education for grades 1–3. Permanent Secretary Pekka Timonen from the Ministry of Justice answered questions on the possibility of introducing restrictions on movement. 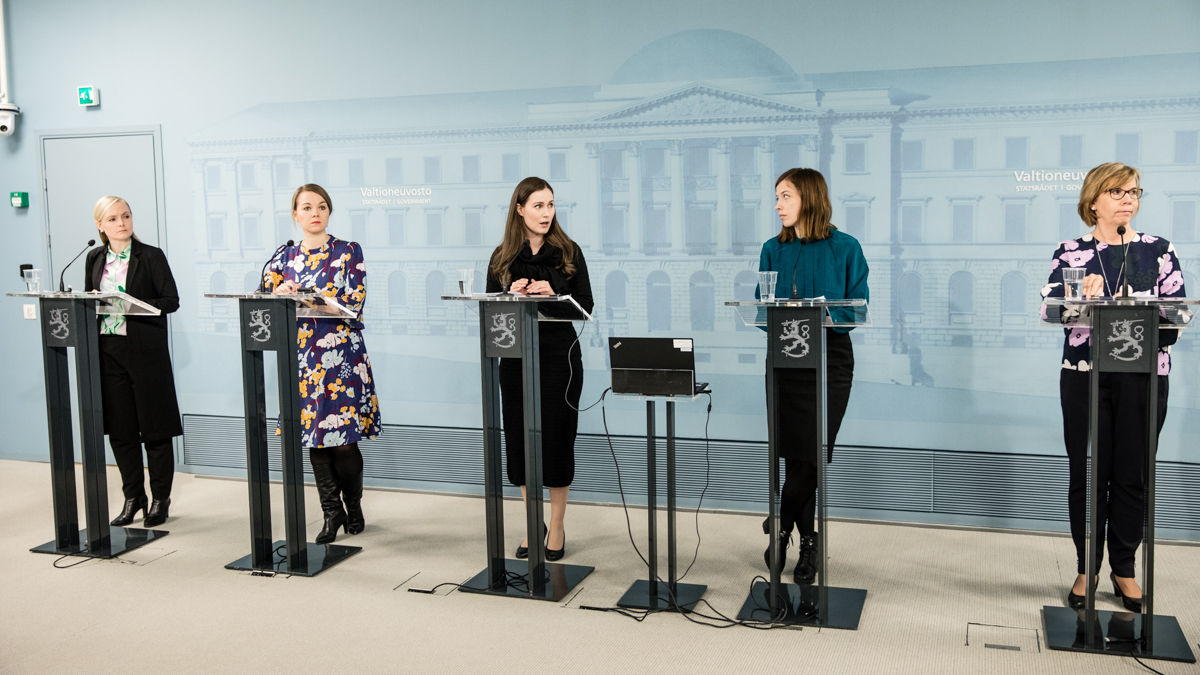 The Government has agreed on a comprehensive package to safeguard jobs and livelihoods and ease the economic pressure on businesses. According to the Government’s estimate, the overall scale of the measures will be approximately EUR 15 billion.

Government submits supplementary budget proposal to Parliament due to the coronavirus
Additional funding to the police, the Border Guard and rescue services for expenditure arising from the coronavirus outbreak
Government plans to support Finnair with EUR 600 million State guarantee
Photos | Flickr
Material from the press conference PDF 217kB
Recording of the press conference | vn.fi/live

Press conference 19.3.
Advice for the over-70s on protecting themselves from the coronavirus 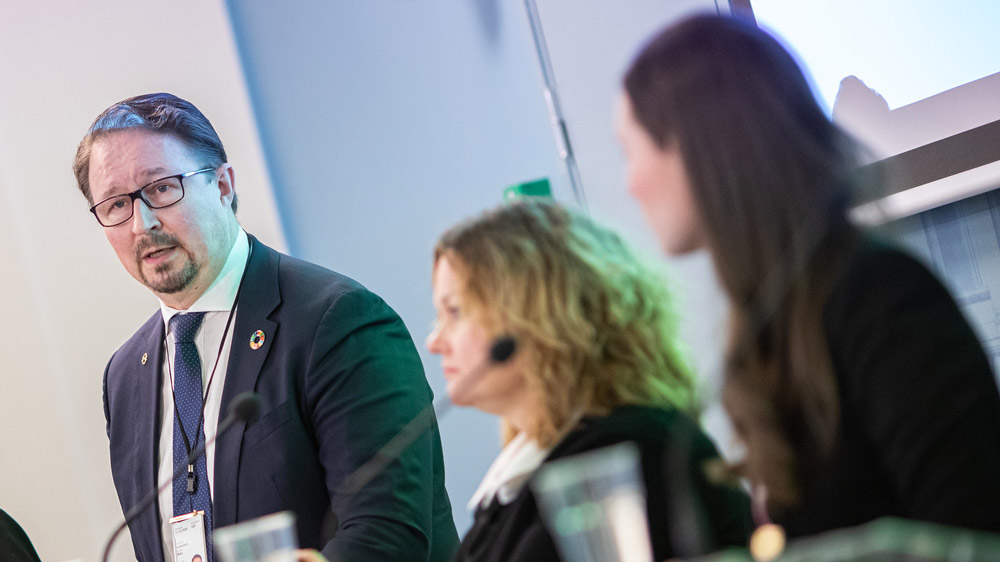 The Government's objective is to protect people over 70 years of age from risk of contracting coronavirus (COVID-19). Older people are clearly at a higher risk than young people of getting serious symptoms requiring hospital care.

On Thursday 19 March, Prime Minister Marin, Minister of Social Affairs and Health Pekonen and Minister of Family Affairs and Social Services Kiuru held a press conference to discuss the current coronavirus situation and answer questions related to the clinical picture of the disease.

Government briefing on the coronavirus situation 18.3.
Temporary restrictions on early childhood education and care and the obligation to arrange education and training 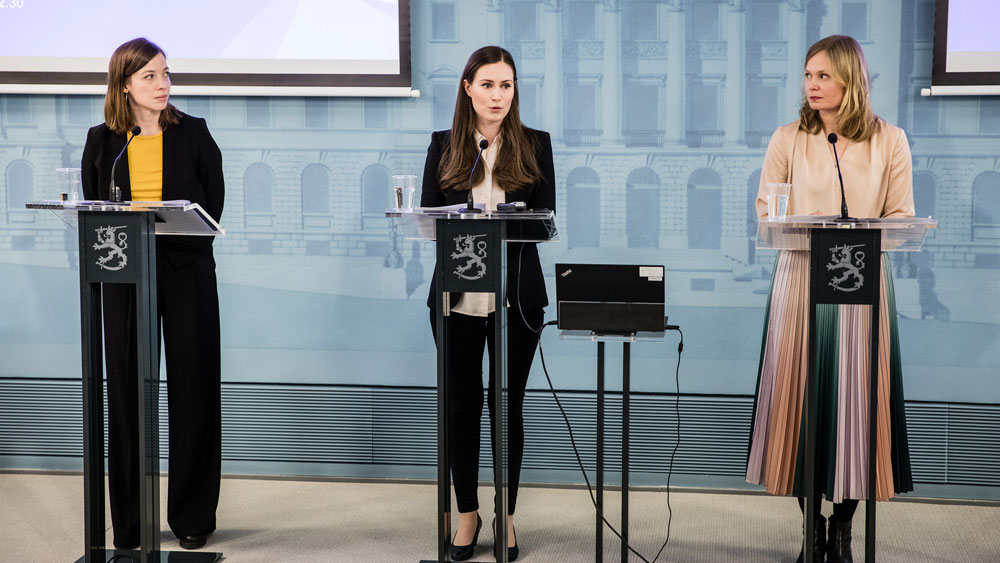 The Government press conference on 18 March discussed the effects of the Emergency Powers Act on early childhood education and care, education, culture and physical activity. At the beginning of the press conference, Prime Minister Marin also briefly addressed the situation in the EU.

Prime Minister Sanna Marin, Minister of Education Li Andersson and Minister of Science and Culture Hanna Kosonen were present at the briefing.

Press conference 17.3.
Decrees concerning the use of powers under the Emergency Powers Act to Parliament 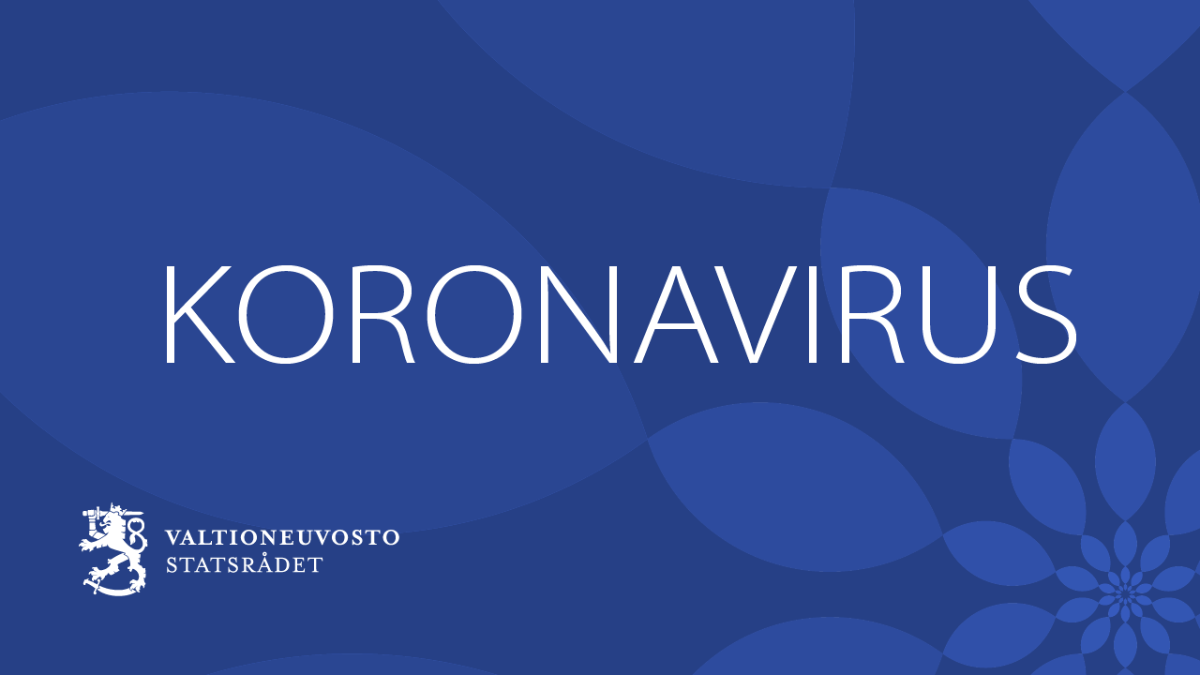 Government, in cooperation with the President of the Republic, has declared a state of emergency in Finland over the coronavirus outbreak. On 16 March 2020, the Government decided on measures to slow down the spreading of coronavirus and to protect risk groups. The decisions will remain in force until 13 April 2020. The measures decided by the Government will be enforced in accordance with the Emergency Powers Act, Communicable Diseases Act and other relevant legislation.

Employees in sectors critical to the functioning of society
Municipalities have the right to deviate from time limits for non-urgent healthcare and assessment of the need for social welfare services due to the coronavirus out-break
Finland will restrict cross-border traffic - retired border guards and police officers may be called back to work
Employers permitted to temporarily derogate from working hours and annual holidays arrangements in critical functions of society
Recording of the press conference | vn.fi/live
Press conference photos | Flickr