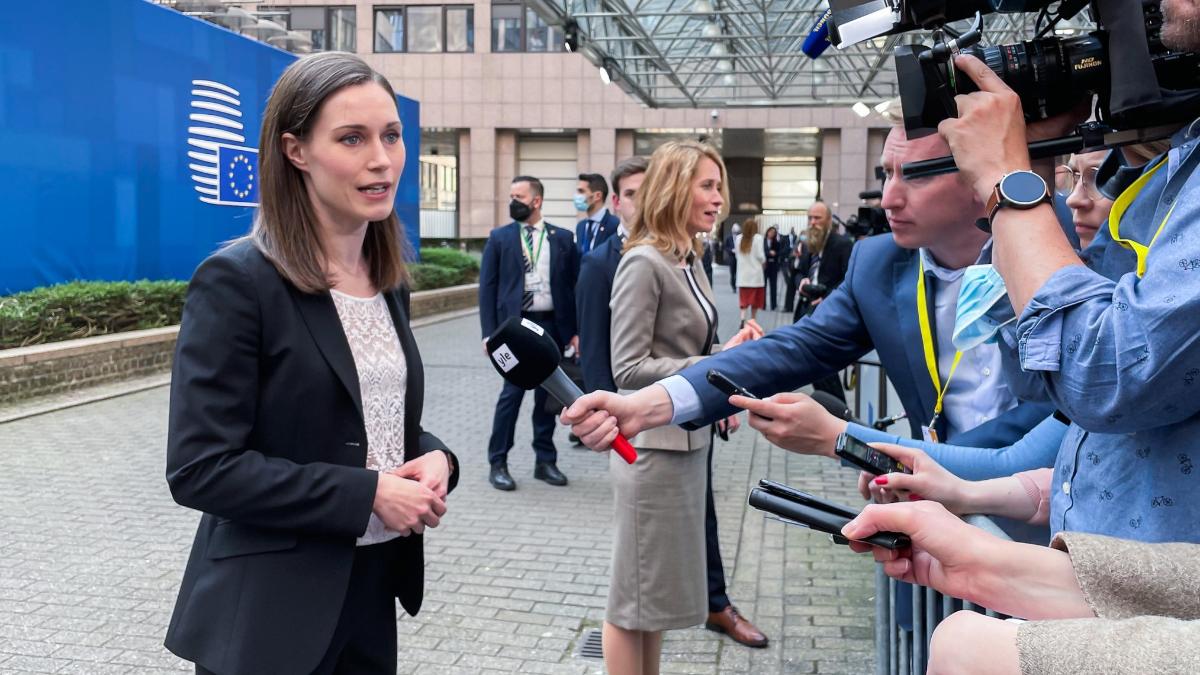 Transatlantic cooperation has been close since Russia’s invasion of Ukraine. This work will continue in close coordination, said the leaders of the EU Member States and United States President Joe Biden at their meeting in Brussels. President Biden joined the European Council for the first day of its meeting on Thursday 24 March. The EU leaders also spoke with Ukrainian President Volodymyr Zelensky, who joined the meeting via videoconference.

The leaders of the EU and the United States assessed the impacts of the sanctions against Russia and discussed the coordination of further measures. They also addressed the need to reduce dependence on Russian energy and to respond to food security needs worldwide.

“We emphasised the importance of transatlantic cooperation in the field of security and defence, including strong cooperation between the EU and NATO,” Prime Minister Sanna Marin said about the discussions with President Biden.

After the US President left the meeting, the EU leaders continued to discuss the situation in Ukraine. The European Council stated that Russia’s war of aggression against Ukraine grossly violates international law, with attacks directed against civilians and civilian objects, such as hospitals. These war crimes must stop immediately. Those responsible, and their accomplices, will be held to account in accordance with international law. The European Council urges Russia to guarantee safe passage to civilians entrapped in all war zones to a destination of their choice. Uninterrupted humanitarian access must also be ensured. Russia must immediately stop its military aggression and withdraw its troops from the entire territory of Ukraine.

The EU will continue to provide coordinated political, financial, material and humanitarian support to Ukraine. The sanctions have had a massive impact, and the EU is prepared to approve further sanctions quickly.

The EU leaders thanked all citizens, organisations and governments who have welcomed refugees fleeing Ukraine. Receiving refugees represents a major challenge, especially for the countries bordering Ukraine. The European Council calls for the swift implementation of solutions to ensure financial support for refugees and their host countries.

The EU is also committed to providing support to Ukraine in its reconstruction once the war has ceased. To this end, the EU will establish an international Ukraine Solidary Trust Fund.