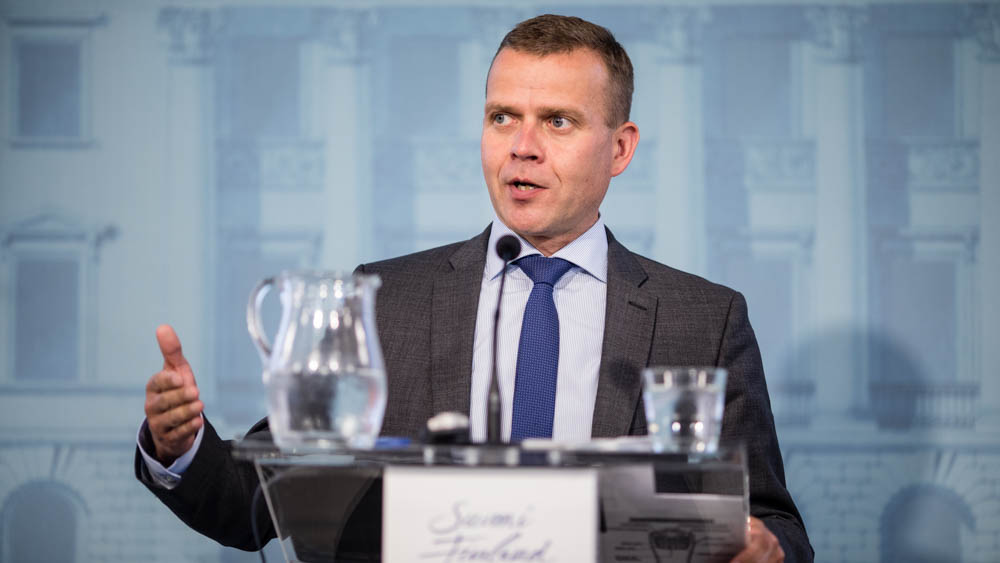 Minister of Finance Petteri Orpo’s budget proposal creates room for growth and employment. The goal is to safeguard the financing of public services and the welfare state. The proposal will be published in full on the Ministry of Finance’s website on Thursday, 10 August.

Ministry of Finance estimated in its June economic survey that economic growth in Finland will accelerate significantly and that growth will continue in the coming years. Growth will be broader based and will no longer rest solely on consumption. Exports and investment will also grow significantly. The Government will receive the latest forecast figures at the budget session, and the ministry will publish an economic survey on 19 September.

The turn for the better seen in the employment situation has strengthened further. Growth of the number of people in employment has accelerated slightly, but the number of unemployed people has remained at just under 9% throughout the early part of the year. The improved economic outlook will also boost employment prospects next year.

“It is now important to ensure the continuation of economic growth and give everyone the chance to work,” says Minister Orpo.

The Ministry of Finance proposes that the budget proposal’s appropriations will total EUR 55.4 billion. This is just under EUR 400 million less than budgeted for this year.

The total sum is reduced by, among other things, consolidation measures in accordance with the Government Programme, while the appropriation level is increased by growth in pension expenditure as well as the preparation of the health, social services and regional government reform.

The budget proposal of the Ministry of Finance is EUR 3.4 billion in deficit, which is clearly less than budgeted for this year. Central government debt will rise next year to an estimated EUR 111 billion.

Central government revenue is estimated to be EUR 52.0 billion, of which EUR 43.3 billion is tax revenue. The ministry estimated in its June forecast that tax revenue will grow approximately 3% from the figure budgeted for this year.

The Ministry of Finance’s proposal includes the consolidation measures for next year decided on in the Government Programme, and they take into account changes made to them later. The savings impact of consolidation measures made to administrative expenditure, financial aid for students, specialised medical care, and research and development grants will grow from this year.

Employment will be strengthened

The Sanssi card used for the employment of young people and the Duuni card directed at the hiring of over 30 year-olds will be combined into a single wage subsidy card. The intention is that, even at the interview stage, employers will have knowledge about the opportunity to use the wage subsidy in the case of the unemployed person in question.

A EUR 5 million increase is proposed to place the Ohjaamo (counselling centre) activity, associated with the youth guarantee, on a permanent basis.

To support positive structural change in Southwest Finland, EUR 3 million will be allocated to cooperation between Finland’s technology sector universities in the region.

It is expected that unemployment benefit expenditure will decline by EUR 133 million, as the unemployment rate is projected to fall.

It is proposed that EUR 1.4 billion be allocated to basic transport infrastructure maintenance. New transport route projects to be initiated next year include the Ring Road I at Laajalahti, the Vuosaari fairway, and park & ride arrangements on the Western Metro extension.

Support will be given to skills and growth

“Strengthening skills will have a key role in achieving sustainable economic growth. A lack of skilled labour must not put the brake on positive development. To ensure the sustainability of growth, we must invest in skills at all levels,” says Minister Orpo.

The implementation of the reform of vocational education and training will be supported with additional funding totalling EUR 15 million. The funding will be used to support, for example, the construction of new paths in education and working life as well as to reduce the education drop-out rate.

To strengthen high expertise and research, the Academy of Finland will be allocated a EUR 25 million appropriation authorisation to implement flagship research clusters. The flagships will be established in connection with universities and research institutes.

The Government is committed to supporting the Eastern Finland initiative on the establishment in Kuopio of a coordinating national neuro centre, and is prepared to support a University of Eastern Finland pilot project. A proposal on the funding of the pilot project will be prepared as a cooperative effort by the Ministry of Social Affairs and Health, the Ministry of Education and Culture, and the Ministry of Economic Affairs and Employment, within the framework of the spending limits expenditure decided by the August budget session.

Business Finland, to be launched at the beginning of next year, will gather under the same roof current Tekes and Finpro services relating to innovation funding, exports, investments and tourism promotion. Approximately EUR 270 million is proposed as Business Finland’s grant authorisation, which is EUR 30 million more than this year. This will improve conditions for increasing the exports of small and medium-sized enterprises.

Total additional funding of EUR 8 million is proposed for the implementation of the Tourism 4.0 key project. The additional funding is intended to be allocated to tourism marketing, improving the digital skills of tourism companies and developing all-year-round provision.

Security will be strengthened

It is proposed that the operating expenditure of the Defence Forces be increased by a net EUR 27 million from last year’s budget. The money will be used, among other things, to improve preparedness as required by the change in the security environment and to hire contractual military personnel.

Police operational activities and the number of police can be maintained at the current level, i.e. approximately 7,200 police (excluding the Finnish Security Intelligence Service). Police operating expenditure appropriations will rise by a net EUR 14 million from the level of last year’s budget. The increase will be directed to, among other things, internal security and safeguarding operations. Additional funding of EUR 3 million will be directed to the information systems of the Rescue Services, and information systems will be developed to be interoperable with the information services of the health, social services and regional government reform.

An increase will be allocated to the appropriations of the Border Guard for the purpose of, among other things, external border inspections and improving internal security.

The level of immigration costs has been set according to a scenario of 7,000 new asylum seekers arriving in Finland, as was previously estimated. The reduction of expenditure is restricted by the fact that processing of asylum applications is taking longer. The judicial system will accordingly receive additional resources to accelerate the processing of appeals.

Next year, it is proposed that new central government compensation for municipalities be introduced for the urgent social welfare costs of individuals living in the country illegally. It is proposed that a EUR 5.3 million appropriation be allocated for the purpose.

A total of EUR 8.8 million is proposed to increase the guaranteed pension and EUR 10 million to increase the basic element of the care allowance for pensioners next year.

An increase of EUR 15 million will be allocated to compensation for costs of out-patient services under the Military Injury Act. In addition, the appropriation takes into account the lowering of the degree of disability granting entitlement to outpatient services from 15% to 10% for lightly disabled war veterans from the beginning of this year, the cost impact of which will be EUR 5.2 million next year.

The participation of the municipalities in developing heath and social services ICT being transferred to the counties will be strengthened by a EUR 40 million transfer from central government transfers corresponding to the estimated costs saved from the municipalities.

Sustainable development budgeting to be launched

Tax changes will be prepared in the budget session

In accordance with policies outlined earlier by the Government, the lowering of the car tax will be continued, the tobacco tax tightened and deductibility of home loan interest expenses reduced. The suspension of the rail goods transport tax and the halving of fairway dues will be continued until the end of 2018. An inflation adjustment will be made to earned income tax criteria to correspond with the rise in consumer prices.

The real estate tax will be increased in 2018 and 2019 in accordance with decisions made earlier.

In accordance with the Government Programme, municipalities will be compensated for the revenue impact of changes in tax criteria.

Other tax changes will be decided on in the Government’s budget session at the end of August. The matter will be prepared between the Government parties under Minister Orpo’s leadership.

Government to consider budget at the end of August

The proposal of the Ministry of Finance is based on decisions made in April in the General Government Fiscal Plan. The Minister of Finance will hold bilateral negotiations on the budget proposal with ministries on 16-17 August.