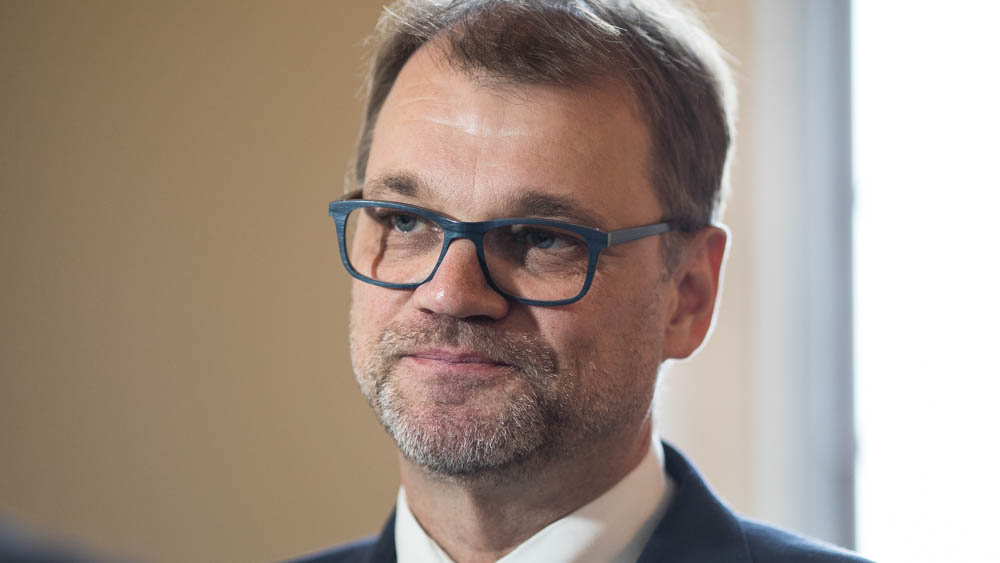 This past year has been a year to commemorate Finland’s Civil War of 1918. The year began with a joint declaration of the parties in Parliament, in which we committed to the principles of democracy and the rule of law and condemned all use of violence in politics. Our shared wish was to commemorate the anniversary in the spirit of reconciliation.

This wish has been fulfilled. The commemorative year has united our nation. After a hundred years, it is now finally possible to mourn together without vengefulness or bitterness. Research has shed valuable new light on the events of 1918.

In the joint declaration of the party leaders, we also promised to take care of Finland’s rule of law, which is based on respect for laws and an independent judiciary. We emphasised that no one in Finland has the right to take the law into their own hands.

News stories from Oulu over the past few weeks have once again drawn attention to the principles of the rule of law. The suspected acts of sexual abuse of minors have provoked feelings of shock and anger among the people of Finland.

First of all, every person who comes here must comply with Finnish laws and respect the integrity of all persons. We will not compromise on this in any way. People who are guilty of crimes are held responsible for their actions according to the principles of the rule of law. Serious offences also have a negative effect on the decision to grant permanent residence permits.

Second, it is important to remember that in this case, too, the suspected offences have been committed by individuals, not population groups. The incidents are being investigated by the police and the judgments will be made by the independent judiciary. I urge everyone not to use these events to incite hatred against refugees or people with a foreign background. It is important to remember that in a state governed by the rule of law, taking the law into one’s own hands is a crime, as is spreading hate speech.

When it comes to the economy, the year now coming to a close has marked the third consecutive year of strong growth. Thanks to this growth, the employment rate has improved significantly, with more than 130,000 new jobs created over the electoral term. This has played an important role in preventing increases in inequality and income disparity.

This year, the employment rate increased to 72 per cent. The Government’s target has now been achieved. I am especially happy that we have managed to halve the rate of long-term unemployment. In order to secure the welfare society, this positive development needs to continue. Over the next government term, the employment rate must be increased to 75 per cent. This means we must continue to implement systematic reforms. For example, we have to make it easier for people with partial work ability to be part of the workforce.

The pull of the global economy has further accelerated the growth. Achieving this growth has also required a systematic approach and cooperation in managing the country’s economy. The Competitiveness Pact of 2016 played a decisive role in achieving our objectives. Labour market organisations took responsibility for restoring our competitiveness. Now we can enjoy the fruits of the Pact in the form of new jobs.

One of Finland’s most important strengths is its ability to engage in cooperation that transcends ideological borders. Moving forward, this is a tradition we should continue to foster.

We have recently seen examples of how a lack of cooperation can shake even the strongest democracies.

The era of ideologies is not over, as was predicted not long ago. On the contrary, strong ideological movements, organised in the form of political parties, are an essential precondition for democracy.

Parties must be able to maintain a direct connection with the feelings and wishes of citizens. If this connection is lost, parties can be replaced by other forces. In the worst case, we may have to face the rise of extremist movements that openly scorn and ridicule the principles of democracy, the rule of law and human rights. Lessons from history about the devastating effects of such forces must not be forgotten.

Next July will mark exactly one hundred years since the entry into force of Finland’s republican constitution. Finland chose to be a democratic republic rather than a monarchy. The republic means that all Finns are equal in the eyes of society. One hundred years ago, the republic was a sign of confidence, a message that power belongs to the people and that the people are able to make responsible decisions together.

Next year, we will see a celebration of democracy when our country holds its parliamentary elections. We are facing significant challenges, both in Finland and in our cooperation on the international stage. I hope to see honest campaigning focused on finding solutions, rather than inciting fear and placing blame. I believe that voters share this hope.

Around Christmas, we saw an encouraging example of cooperation, as all parties in Parliament, with the exception of one, came together to agree on common climate policy goals. This provides an excellent foundation for our work in the last half of next year when Finland takes on the Presidency of the Council of the European Union.