Appointment of the new Government on Thursday 6 June 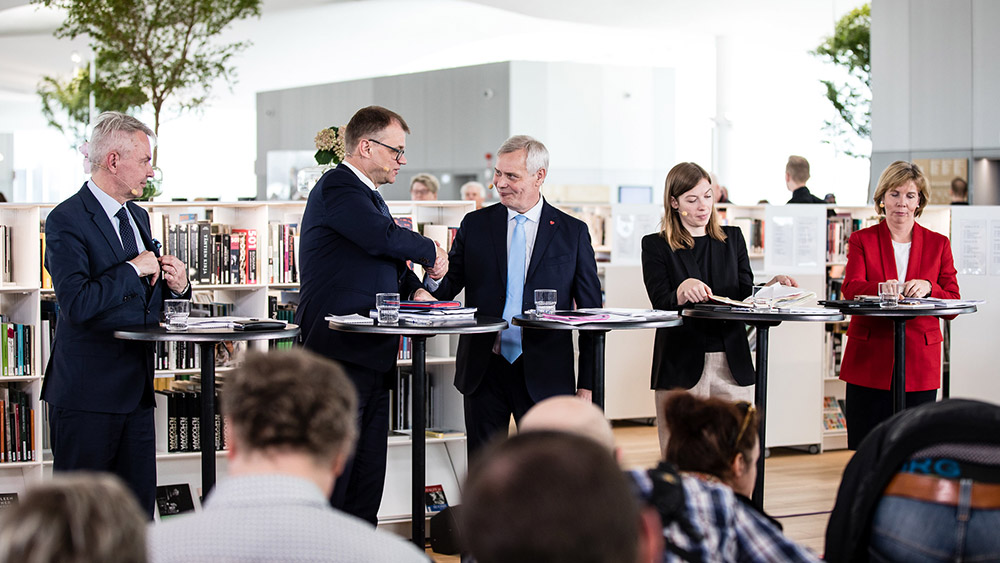 The new Government will be appointed on Thursday 6 June. The President of the Republic Sauli Niinistö will meet the Speaker of Parliament and leader of the government formation talks Antti Rinne at 10.00 in Mäntyniemi and, having heard the Speaker, will notify the Parliament of the nominee for Prime Minister.

Promptly after its appointment, the newly appointed Government will convene into a constitutive session. At the beginning of the session, the ministers take an oath of office or make an affirmation of office, and those who have not yet taken a judicial oath take the oath. The constitutive session decides on the division of responsibilities among the ministers working in the same ministry, the composition of the statutory ministerial committees, and who will deputise for the Prime Minister and other ministers. A Government statement to Parliament will also be issued on the new Government’s programme. Following the constitutive session, the new Government will pay a complimentary visit to the Presidential Palace, preceded by a farewell visit to the President of the Republic by the outgoing Government.

Photos of the Speaker's visit to Mäntyniemi (at 10.00) and the new Government's complimentary visit and the outgoing Government's farewell visit at the Presidential Palace will be posted on the Flickr account of the Office of the President of the Republic of Finland.

Follow the live webcast of the new Government's inaugural press conference. The event will be interpreted into Finnish sign language.

Government formation in the Constitution of Finland
Negotiations outcome on the programme of the Government: Inclusive and competent Finland – a socially, economically and ecologically sustainable society
ministers nominations