Prime Minister Antti Rinne’s address to the President of the Republic, 10 December 2019 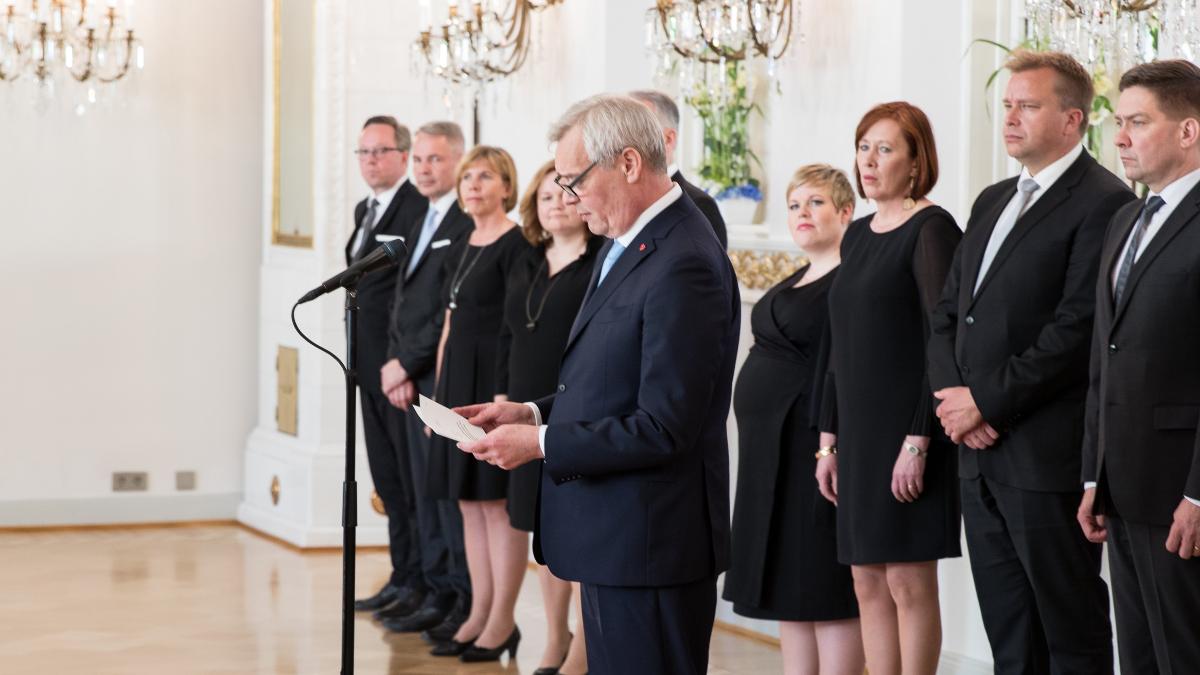 When you appointed the Government in June this year, I said to you that the Government's most important task is to eradicate inequality, ensure fairness, combat climate change and undertake future-oriented reforms and investments in skills, education and training.

We moved on from words to actions immediately. The Government began to prepare decisions to secure a better tomorrow for the people of this country. We took up the key role of Presidency of the Council of the European Union. The Government's ministers have performed a huge amount of work, and the same applies to public officials.

I would venture to say that, at a time when Europe needs stability and pragmatism, the EU Member States have been pleased that it is Finland which has held the Council presidency. We have made a good job of this and I am absolutely sure that the new Government will continue in the same vein.

The first key decisions have now been made. People – they are the reason why policies are shaped – will see the positive impact of these decisions in their daily lives next month. More money in their bank account. More money for education and training. More support and security.

We took decisions that enable us to strengthen the welfare state – the best social model in the world. We were guided by fairness and a belief that a sustainable economy is possible only if we take care of social and ecological sustainability as well.

This represents politics which is both responsible and wise.
It is future politics, in big letters.

I would like to thank every minister for the work they have done. Your efforts have been for the good of the people of this country. You have represented Finland in Europe and the wider world. You have made us proud. In this connection, I must warmly thank the officials, assistants, attendants, kitchen and serving staff, drivers, police officers and security personnel for all their work on behalf of their country.  Without you the Government would not have been able to get its work done.

Finally, I would like to say one small thing.

Change always starts with us, ourselves, but it is something that is done for the benefit of people. That’s why I hope that in politics we remember how important it is at every moment to remember the other person.

So, let us live up to this, as people!
I wish the new Government good fortune and every success! The Programme is excellent and so too are those working with it.

Mr President, on behalf of the outgoing Government, I would like to express our gratitude to you for a successful period of cooperation.