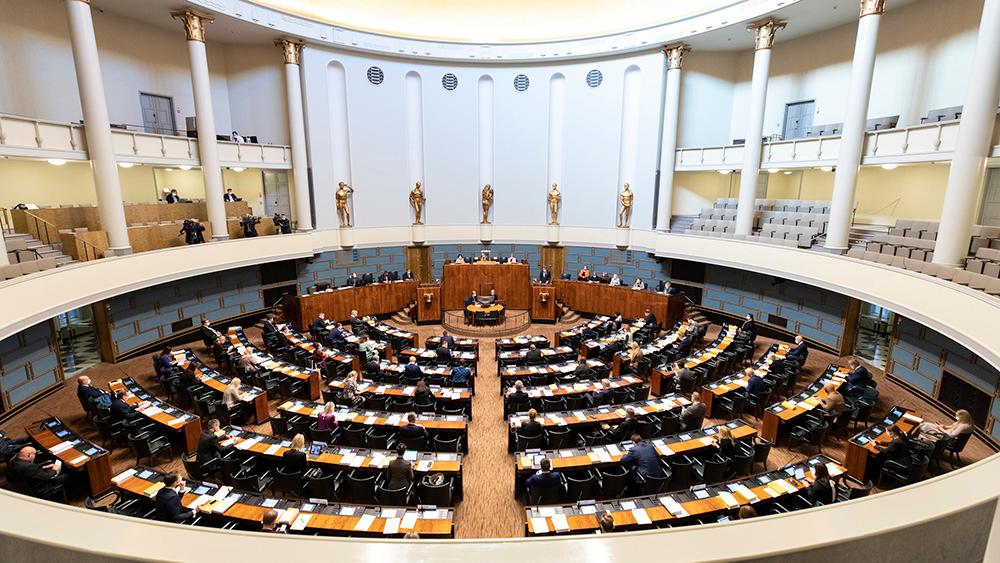 Presentation speech, Parliament, 28 April 2021. Changes possible during the speech. To be published upon delivery.

On 9 April, the Government published a draft plan to lift the restrictions imposed due to COVID-19 as we move towards the summer. The draft plan was also discussed together with all of the parties in Parliament on 8 April, before it was published. In connection with the publication of the plan, all interested parties were invited to submit their comments via the Otakantaa.fi service during a weeklong consultation round. A total of 2,141 comments and opinions were received, 115 of which were submitted by associations and other communities. In addition to these, 29 separate statements were sent in. We also organised two consultation meetings, one for labour market organisations and one for local authorities. In addition to the opportunity to comment on the plan via the Otakantaa.fi service, public opinion was examined through a survey in order to ensure that people’s voices were widely heard.

The public consultation round provided important viewpoints that were used in finalising the plan. We received valuable information on how people have experienced the restrictions and recommendations and what expectations they have concerning the dismantling process. According to the survey, the majority of Finns were patient with regard to the COVID-19 epidemic and the restrictions imposed to mitigate it.

Several key themes could be identified based on the comments and statements we received. For example, many respondents highlighted concerns about the impact of restrictions on children and young people and expressed hope that these would be the first to be lifted. With regard to the opening of events, respondents hoped for clear guidelines and solutions. Several comments emphasised the importance of regional decision-making power, taking into account regional differences when lifting restrictions and targeting measures at the regional level.

Based on the feedback, the Government made several clarifications to the exit plan. The Government approved the plan in its meeting on 20 April.

The plan is intended to serve as an indicative tool for the Government and regional authorities when phasing out restrictions in a gradual and controlled manner. It also aims to create a vision of the coming months for the public, businesses and communities.

The restrictions cannot be lifted carelessly or prematurely. Their controlled dismantling requires everyone to act responsibly and follow the existing restrictions and recommendations. If we manage to keep the epidemic under control now, we can lift the restrictions as the spring progresses and we move towards the summer. Effective management of the epidemic together with progress on vaccinations means we may have a summer that is close to normal.

The restrictions will be lifted in line with this indicative timetable. The guidelines for the lifting of restrictions are set for one month at a time. This is because the course of the epidemic is difficult to predict and the situation varies greatly from one part of the country to another. The Government will reassess the conditions for lifting the restrictions and update the set timetable every two weeks. This way, it will be possible to use information about the impact that the lifting of restrictions has had on the epidemiological situation. If the situation improves more quickly than anticipated in the plan, restrictions may be lifted earlier. It is also possible that restrictions will need to be continued, reinstated or tightened again in certain regions if the development of the epidemic so requires.

The key principle behind the plan is that restrictions should, as a rule, be dismantled in reverse order from that in which they were introduced. However, as we gain more information on the effectiveness of restrictive measures, this should also be taken into account. In addition, the principle of children and young people first will be taken into account when lifting restrictions, meaning that the restrictions on activities for children and young people will be lifted first. The Government also considers it important to update the restrictions and recommendations concerning older people based on information we obtain on vaccine protection.

In its plenary session on Tuesday 27 April, the Government issued decrees repealing the use of powers under the Emergency Powers Act and declared that the current situation in the country no longer constitutes a state of emergency under section 3 of the Emergency Powers Act. In the Government’s view, the COVID-19 epidemic can now be managed using the regular powers of the authorities.

Over the past five weeks, there has been a clear decrease in the number of new cases of COVID-19, which is a sign that the epidemic is currently winding down in Finland. Increased vaccination coverage also lessens the risk of more serious cases of the disease.

Restaurants were opened to customers throughout Finland on 19 April. However, there are still stringent restrictions on opening hours, licensing hours, the presence and movement of customers in restaurant premises and the number of customer seats.

In primary and secondary education, however, it has been possible to gradually move to contact teaching over the course of April, with careful attention paid to health safety, and outdoor group activities for children and young people have been allowed to resume.

As the epidemiological situation continues to improve, facilities such as libraries and museums can be opened in May with health safety arrangements in place. Outdoor group hobbies for adults could also resume at the end of May or the beginning of June. By the end of May, cross-border traffic may also reopen for communities at the land borders between Finland and Sweden and between Finland and Norway, if the epidemiological situation in these countries so permits.

In June, it could be possible to ease the restrictions on gatherings and on the opening hours and customer seating capacity of restaurants. Outdoor competitions, recreational events and summer camps for children and young people could be held. During June, it would also be possible to begin organising indoor activities for children and young people.

Public events could be organised with restrictions on the number of participants. Restrictions on internal border traffic would be eased by opening up commuter traffic and travel to visit family and relatives. That said, health security measures will need to be in place at the borders for a long time, and vaccination certificates will become a part of travel. Finland supports and is working to promote the development of a common EU vaccination certificate.

According to our estimate, people of working age will have received their first dose of the vaccine in July or August, while older people and risk groups will have received their second dose In July and August, we may be able to ease or even lift the restrictions on gatherings and on the number of participants at public events. In August, commuter traffic from third countries could also reopen, but there is still a great deal of uncertainty about this. Our ability to implement the target timetable set in the plan depends on the epidemiological situation and vaccination coverage, but also on the EU’s common approach to travel from third countries.

Although the development of the epidemic has been favourable in Finland in recent weeks, we must prepare for the possibility that the situation will change. We must also keep a close watch on the situation in neighbouring countries. By being responsible, we can all do our part to make a better summer for everyone. The Government will monitor the situation regularly throughout the summer and is prepared to react quickly to changes in the situation as required. It is possible that the number of infections will begin to climb gradually as contacts increase at the end of August, particularly at educational institutions and workplaces. Preparations and plans for the epidemiological situation in the autumn will be reviewed at the beginning of August.