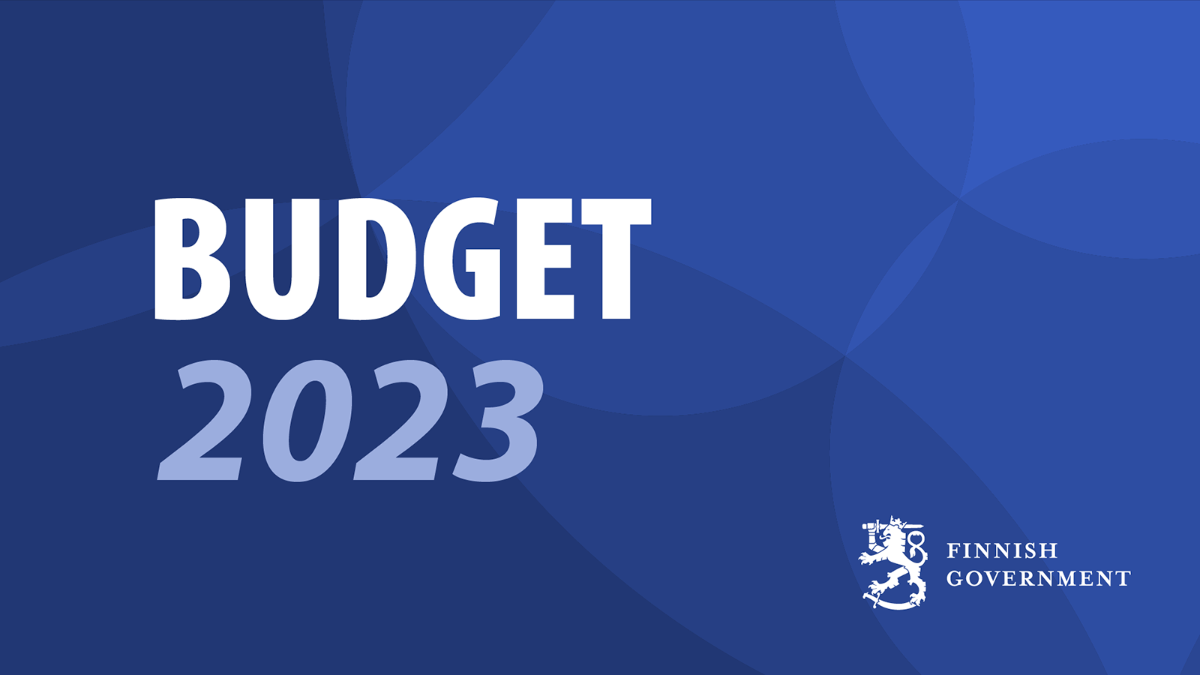 Minister of Finance Annika Saarikko’s draft budget for 2023 has been drawn up amidst an uncertain economic outlook. The draft budget totals approximately EUR 79.5 billion with a deficit of around EUR 6.3 billion. Borrowing will decrease by approximately EUR 2.5 billion from the total budgeted for 2022. The proposal will be published in full at budjetti.vm.fi on Friday 5 August.

The economic outlook has deteriorated since the spring. Russia’s ongoing war of aggression against Ukraine is adding to the uncertainty. The very rapid pace of inflation, combined with rising interest rates and uncertainty in the energy market, will slow down growth both before and after the turn of the year. Growth in gross domestic product (GDP) in 2023 will remain subdued, and there is an elevated risk of a recession. The rapid growth in employment will level off, while household purchasing power will see weak development. The confidence of households in their own finances has fallen to the lowest level ever recorded.

Confidence in the future is likely to gradually return. World economic output may begin to recover if the spiral of rising costs can be prevented. The recovery of output in export markets would also set the Finnish economy on a new growth path. If the outlook brightens, households and businesses will also be emboldened in their choices.

Deficit to decline from previous years

The Ministry of Finance’s proposal largely reflects the general government fiscal plan decided on by the Government in its spending limits session in spring 2022.

The Ministry of Finance’s draft budget sets out appropriations totalling approximately EUR 79.5 billion. The rise in the level of appropriations is due in large part to the transfer of the responsibility for organising health, social and rescue services from municipalities the wellbeing services counties, which are financed by the central government. Expenditure will also increase due to statutory and contractual index increases, among other contributing factors.

Central government debt on the budget is expected to rise to around EUR 144 billion at the end of 2023.

The security environment in Finland has changed as a result of Russia’s war of aggression in Ukraine. On this basis, a total of nearly EUR 1.0 billion in appropriations is proposed for the Ministry of Defence’s branch of government and for the Border Guard.

Approximately EUR 56 million is proposed to improve cyber security preparedness. The proposals are allocated to several branches of government and numerous agencies.

Appropriations of nearly EUR 220 million are proposed for the package on the security of supply, energy self-sufficiency and clean technologies. These measures include energy investments by rural companies (biogas), support for agricultural use of wetlands, hydrogen projects, energy aid, support for housing companies to provide charging infrastructure for electric cars, and subsidies for phasing out oil and gas heating in residential buildings and for joining district heating.

EUR 780 million will be reserved for helping those fleeing the war in Ukraine and for promoting their integration.

The spending limits also include investments in security. Maintaining the operational level of the police at the 2022 level and the number of police officers at least 7,500 person-years will be ensured by increasing the financing for the police by EUR 17.5 million.

The working group of state secretaries preparing measures for Eastern Finland in the short and long term will submit its proposal by 15 August 2022. The proposal will be taken into account in the budget preparations and, where necessary, discussed in the government budget session.

To improve the availability of skilled labour, provision will be made in the budget to pilot a regional student loan compensation scheme.

The production incentive for the audiovisual sector will be extended to 2023.

Provision will be made for the possible financing of the Poikkimaantie road project in cooperation with the City of Oulu.

In addition, measures to mitigate the impacts of high electricity prices will be explored before the Government’s budget session.

Investments in research and development to continue

Responsibility for organising health, social and rescue services to be transferred to wellbeing services counties

The universal central government funding of the wellbeing services counties will total approximately EUR 22.3 billion in 2023. Of this funding, around EUR 1.9 billion will be paid in December 2022. In 2023, the funding of wellbeing services counties will increase by approximately EUR 274 million in net terms compared to 2022 due to the new and broader tasks in healthcare and social welfare. The most significant reforms, in euros, are the gradual tightening of the maximum waiting times for access to primary healthcare and raising the minimum staffing level for nurses providing 24-hour care and treatment for older people to 0.7 nurses per client.

Local government finances will improve temporarily in 2023, when healthcare and social welfare costs will have been phased out, but municipalities will still accrue tax revenue from previous tax years at higher tax rates and apportionments preceding the health and social services reform. In the longer term, however, there will be a structural imbalance between revenue and expenditure in local government finances.

Interest expenditure on central government debt is estimated at around EUR 1.3 billion in 2023. This estimate has increased by approximately EUR 220 million since the General Government Fiscal Plan was published in the spring. As debt interest payments are increasing to approximately EUR 700 million in 2022, they are expected to nearly double in 2023. The estimate will be revised after the next economic forecast.

Central government revenue in 2023 is estimated at EUR 73.5 billion in 2023, of which tax revenue will account for EUR 65.1 billion. The revenue estimate is based on the forecast made in June. The tax revenue is expected be around 31 per cent higher than the budgeted figure for 2022. The substantial increase compared to 2022 is explained by the health and social services reform, which will transfer approximately EUR 14.5 billion of tax revenue from municipalities to the central government.

The tax revenue for 2023 will be affected by a payment arrangement with eased terms, introduced to support companies in response to the COVID-19 pandemic. The temporary easing of the payment arrangement terms and the lowering of interest for late payment will defer an estimated EUR 130 million of central government tax revenue from 2020–2022 to 2023. Most of the deferral is made up of value added tax.

In accordance with the Government Programme, earned income tax bases are subject to an index revision at all income levels. To improve incentives for work for people aged 60 or over, a gradual increase in the age-based earned income deduction will be introduced. The fixed-term increase to the travel expenses deduction will continue on current terms and conditions in 2023.

An additional deduction in research and development activities will be introduced to encourage investment in research and development. Tax revenue will also be reduced by the lowering of the deductible for commuting expenses paid by those returning from family leave and by the exception concerning infrastructure projects in the restriction of the deductibility of interest expenses.

In accordance with the current legislation, the deductibility of mortgage interest payments and the disability deduction in central government taxation will be abolished completely. In addition, the taxation of profits gained from real estate investments will be expanded and hidden dividends will be taxed entirely as earned income.

In accordance with earlier decisions, the tax expenditure on synthetic diesel will be abolished, and the removal of tax refunds for energy-intensive companies and the six-month increases in the excise duty on tobacco products will be continued. In addition, the halving of fairway dues and the fixed-term reduction in the lottery tax will be continued.

Budget preparations to continue during the autumn

Steps in preparation of 2023 budget proposal:

Ministry of Education and Culture proposal for the 2023 Budget

Draft budget of the Ministry of Economic Affairs and Employment focuses on promotion of employment, renewal and low-carbon economy