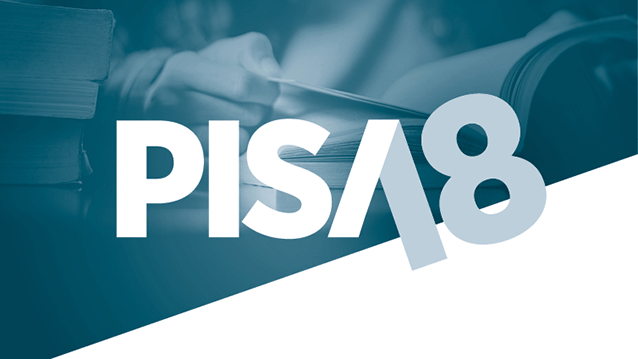 In PISA 2018, Finnish students aged 15 were one of the best in reading literacy (mean score 520 points) in OECD countries together with Estonia (523), Canada (520),Ireland (518) and Korea (514). Among all the participating countries and economies, Finland was preceded by China’s BSJZ area (Beijing, Shanghai, Jiangsu and Zhejiang 555) and Singapore (549). The scores of Macao-China (525) and Hong Kong-China (524) were also among those whose scores did not differ statistically significantly from those of Finland.

Mathematical literacy (mean score 507 points) among Finnish 15-year-olds is still well above the OECD average. Finland’s ranking places were between 7 and 13 among OECD countries and between 12 and 18 among all participating countries and economies.

Seven Asian countries and economies were among the top-performing countries in mathematical literacy. The European countries that outperformed Finland in a statistically significant way were Estonia (523), the Netherlands (519), Poland (516) and Switzerland (515). Finland’s mean score dropped by 4 points from PISA 2015, so mathematical literacy remains at its previous level.

The performance of Finnish students in science literacy (mean score 522) ranked among the best in the OECD immediately after Estonia (530) and Japan (529). Finland's scores have fallen steadily, dropping by a total of 41 points since 2006 and by a statistically significant 9 points from 2015.

Differences in reading proficiency among students were bigger in 2018 than ever in the history of Finland’s participation in the PISA assessments. Despite the growing differences between individual students, out of the participating countries there was least variation between schools in Finland, and the variation had not increased from the previous PISA survey. Regional variation also largely remained at the previous level. While the average outcomes of students in metropolitan Helsinki are still higher in all content categories than in the rest of the country, the gaps have narrowed considerably since the previous PISA assessment. The variation in performance was also greater in metropolitan Helsinki than elsewhere in Finland.

Girls still well ahead of boys

In Finland, the gender gap in reading literacy performance has consistently been one of the highest in the participating countries. It was one of the highest in OECD countries this time too. In Finland, the difference in favour of girls was 52 points, compared with an average of 30 points in OECD countries. Among boys, the number of low-performing readers has increased since 2009.

The educational background and occupation of parents and family wealth (socio-economic background) were linked to the reading proficiency of students in all participating countries. In Finland, the average difference in reading proficiency between the top and the bottom socio-economic quarter was 79 score points, which corresponds to approximately two academic years of studies. In OECD countries, the corresponding difference was 88 score points. In Finland, the link between students’ socio-economic background and performance has become more marked since 2009 when it was 62 points. This trend can be explained by poorer outcomes in the bottom quarter.

In Finland, more students than before reported a negative attitude to reading: the number of people who reported that one of their favourite hobbies was reading had decreased by nine percentage points since 2009. As many as 63% of Finnish boys agreed or strongly agreed with the statement: “I read only if I have to.”

Finland only country to combine high performance with life satisfaction

PISA 2018 examines well-being as a whole, including material dimensions and those related to attitudes in students’ personal lives, their school environment and outside school. From the perspective of material and objectively measurable factors, Finland is among the world’s wealthiest nations, only preceded by the other Nordic countries, Canada and Australia.

With a mean score of 7.61 (on a scale of 1 to 10), students’ own assessment of their satisfaction with life is fairly high. When examining the relationship between life satisfaction and performance, Finland stood out from other countries and economies. Finland was the only country where both reading proficiency and satisfaction with life were at a high level.

Seventh round of PISA surveys

Every three years, the PISA survey assesses the performance of 15-year-old students in reading, mathematics and science. PISA 2018 is the seventh round of surveys, with 79 countries and economies participating in the assessment. Of these, 37 were OECD countries and 42 were partner countries, economies or cities.

In Finland, assessment results in reading literacy, mathematics and science were obtained from 5,649 students in compulsory education. In Finland, PISA 2018 was carried out by the Finnish Institute for Educational Research and the Helsinki University Centre for Educational Assessment Consortium.

Next year, the Ministry of Education and Culture will launch ‘Right to Learn’, a project to enhance quality and equality in comprehensive school education. This will help improve the learning outcomes of children and young people and reduce inequalities. Altogether EUR 180 million will be allocated for the quality and equality programme for comprehensive school education between 2020 and 2022.

On 31 October 2019, the Ministry of Education and Culture opened up a special government grant of EUR 4 million and invites applications for strengthening reading literacy and the culture of reading in early childhood education and care, pre-primary education and in years 1 and 2 of comprehensive school education.