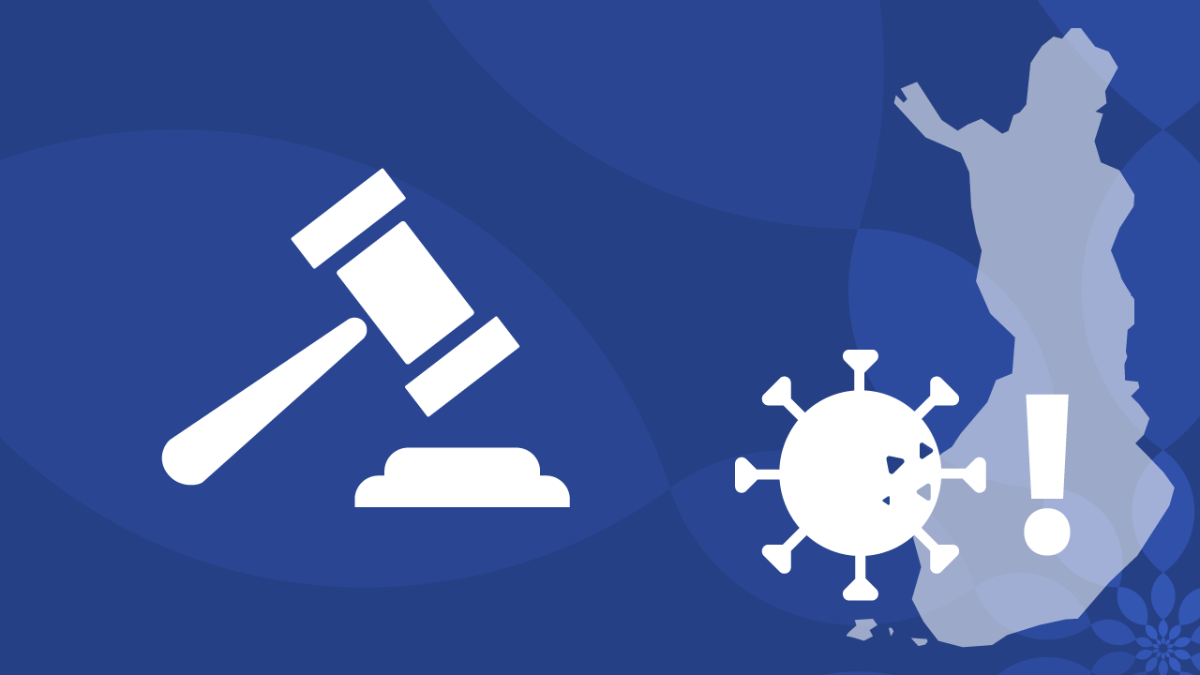 On Friday 5 March, the Government submitted a proposal to Parliament on introducing powers laid down in the Emergency Powers Act. The powers to be adopted through the decrees are related to directing the operations of healthcare and social welfare units and compliance with the time limits for non-urgent care. The Government would also adopt powers related to emergency communications and decisions on which authority has power in cases of ambiguity.

On Monday 1 March, the Government, in cooperation with the President of the Republic, declared a state of emergency in Finland due to COVID-19. Section 3, paragraph 5 of the Emergency Powers Act states that a widespread outbreak of a serious infectious disease, the effect of which is comparable to a major disaster, meets the definition of a state of emergency. In order to apply the powers laid down in the Act, the Government must first issue decrees on the use of the powers in question.

Directing the operations of healthcare and social welfare units

Section 86 of the Emergency Powers Act has to do with directing the operations of healthcare of social welfare units. Under this section of the Act, the Ministry of Social Affairs and Health and the relevant Regional State Administrative Agency may, through their decisions, oblige a healthcare and social welfare unit to modify its operations.

This may be necessary if the COVID-19 epidemic weakens the functionality of the healthcare and social welfare service system to such an extent that the availability of services is significantly compromised. An additional condition for these decisions is that the measures already taken are not sufficient to ensure the availability of healthcare and social welfare services.

Under section 88 of the Emergency Powers Act, municipalities may be granted the right to deviate from the time limits for non-urgent healthcare in certain separately defined areas if this is necessary in order to provide urgent care.

This will make it possible for healthcare units to transfer their resources from non-urgent healthcare to urgent care for people with COVID-19 and other types of urgent care.

The aim is to provide citizens and communities with clear and understandable information on the development of the epidemic, the actions taken by the authorities to combat COVID-19 and the reasons for these actions. Communication can have a significant impact on the effectiveness of restrictive measures.

There is a great deal of false and misleading information out there about COVID-19 and vaccinations. At its worst, this information may threaten the health of citizens. By improving the effectiveness of joint communications and coordinating communication efforts, the Government will be better equipped to combat disinformation.

The different branches of government are responsible for communications within their respective mandates even under emergency conditions. By centralising the management of COVID-19 communications to the Prime Minister's Office, the Government aims to ensure that the entire central government is familiar with and has access to the strategic communication guidelines, including at the regional and local levels.

Deciding on powers in cases of ambiguity

Managing the COVID-19 epidemic requires cooperation between various operators in all sectors of society. The powers laid down in section 107 of the Emergency Powers Act will be introduced to ensure that any ambiguities regarding the powers, duties and management responsibilities of the authorities in unpredictable situations can be resolved quickly. This would be necessary in situations where there is justifiable room for interpretation concerning the powers of the authorities. In such cases, the dispute would be resolved by the Government based on a proposal from the Prime Minister.

In emergencies, the Government may decide which central government agency will carry out a task if it is related to the mandate of more than one operating unit or if there are no specific provisions on the task in question.

Government to submit decrees to Parliament for consideration

Next, the proposed government decrees will be submitted to Parliament for consideration in line with section 6 of the Emergency Powers Act. Parliament decides if a decree may remain in force or if it must be revoked in part or in full, and if it should remain in force for the period laid down in the decree or for a period shorter than this.

The decrees would enter into force on 11 March 2021 and would remain in force until 30 April 2021. The decrees will not apply to the authorities of the Åland Islands.

EU Digital COVID Certificates will be issued until 30 June 2023

Ministerial Working Group on COVID-19: Vaccination strategy and testing and tracing strategy are up to date