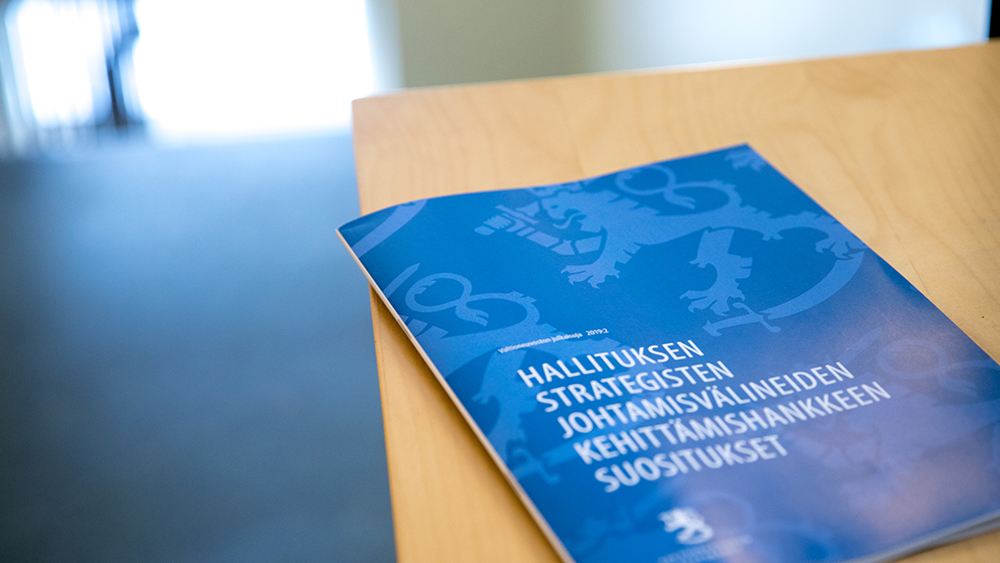 A strategic approach to Government policy is recommended as the best operating model for the next Government as well. However, in many respects the procedures adopted in the current government term should be further strengthened. The recommendations have been prepared in a project of the Prime Minister’s Office and the Ministry of Finance, also supported by a parliamentary group.

The key message was that, in order to achieve true changes, certain moderation is needed in terms of the numbers of objectives and reforms set in the Government Programme. During its term the Government has the political capital and potential to focus its work and staff of public officials to address just a limited volume of matters. This is why the Government’s success depends on identifying the most important objectives and key reforms.

One of the recommendations of the project is that reforms requiring longer-term preparation across electoral terms to be completed should be clearly defined already in the government formation negotiations. Such reforms also benefit from parliamentary preparation. It is important for the political parties in the Government to have a shared understanding of the initial situation from different perspectives.

Among the key messages of the development project was that the allocation of resources should be guided by the Government’s main objectives and priorities. The interlinkages between the political and resource processes should be further strengthened.

A common thread in the discussions of the group of experts and politicians aimed to develop strategic leadership instruments for the government was how to build trust between the different stakeholders. To strengthen joint communication activities, it is important for the Government to have a clear communication strategy. Mutual trust among the parties to the Government can be ensured by concluding a written agreement on the responsibilities and practices for the Government’s political leadership right in the beginning of the government term.

Systematic procedures must be in place for monitoring the achievement of objectives, progress of reforms and implementation of decisions. Identification of clear priorities or phenomena where the Government sees a need for changes in the Government Programme stresses the importance of preparation and implementation that takes place across administrative branches. Many of the recommendations are concerned with this.

During the current government term, significant progress has been made in developing the political leadership instruments and practices in government. However, now it is time to take steps to reach the next level.

In the project to develop strategic leadership instruments in government recommendations were prepared, with the decisions on them to be made by the next government. The key areas for development identified in the project were better coordination of the policy and resource processes, strengthening the joint government communications, more effective coordination and implementation of the government policy, and ensuring policy preparation that extends across electoral terms. A total of 20 recommendations are presented, divided into three stages during the government term: Government Programme preparation, start of the implementation, and the rest of the government term.

Recommendations of the project to develop strategic leadership instruments in government (in Finnish, the abstract in English)
Project website
Recording of the press conference (in Finnish)

Letter to the Commission: Finland and nine other EU Member States express their concern over the proposed revisions to the bioenergy sustainability criteria