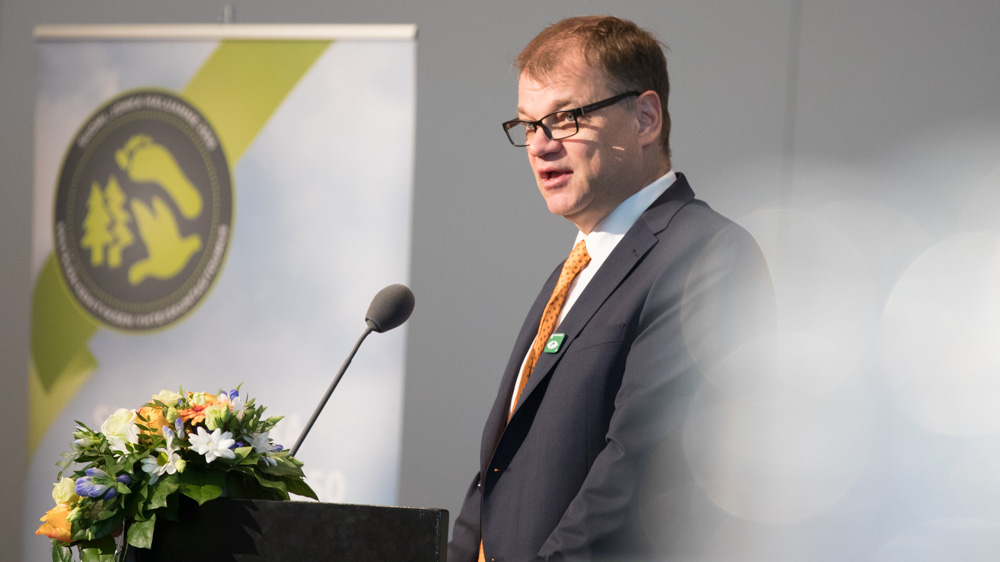 On Wednesday, 30 May, decision-makers and representatives of administration, NGOs, business, industry and the research community gathered to an annual event in Finlandia Hall, Helsinki, to develop shared understanding on the state and future of sustainable development. This year’s themes were ecosystems, water, energy, urban development, consumption and production.

The event was opened by Prime Minister Juha Sipilä, who congratulated the 25-year-old Finnish National Commission on Sustainable Development. “The Commission’s work has laid a groundwork for many of the achievements that Finland is known for around the world,” Prime Minister Sipilä said. He spoke about integrating sustainable development into the budget planning for 2019 and including indicators parallel to the GDP as part of the Government development project on strategic tools.

Speakers at the event included country manager Fadumo Dayib of UN Women and professor Eeva Furman. Country manager Dayib emphasised the importance of education in achieving equality and financial independence. Professor Furman stressed that in order to achieve the goals, attention must be paid to the overall picture, not just individual aims. In Finland, the weakest link is the ecological burden that is especially directed outside our borders, Furman said.

At the event, the Committee for the Future held an open meeting on welfare economy and heard the Finnish Agenda 2030 Youth Group. ”Implementation of sustainable development calls for legislation and societal guidance, it cannot be left to one person alone to solve,” said Lauri Korvenmaa from the Youth Group.

At the event, exemplary operational commitments were recognised. With concrete and creative commitments, different parties commit themselves to promoting the national goals. Recognitions were awarded to Maj and Tor Nessling Foundation, upcycler Annakaisa Kilpinen, Finnish Marine Industries and From Waste to Taste. An award for the most influential commitment of the year was given to Green Deal, i.e. plastic carrier bag agreement, by the Ministry of the Environment and Finnish Commerce Federation. A special recognition for life’s work was awarded to the former Secretary-General of the National Commission on Sustainable Development Sauli Rouhinen.

The stakeholder event also launched the European Sustainable Development Week in Finland. It is an initiative that encourages activities promoting sustainable development and its theme is the Agenda 2030 for Sustainable Development. More than 20 events across Finland have been registered for the week. Opening events of the week were the Lahti Sitoutuu event and Toivon Agenda, arranged by the city of Oulu, that focused on the themes of the Youth Agenda 2030.