Minister Mykkänen: Let’s take care of the health and rights of the world’s women and girls 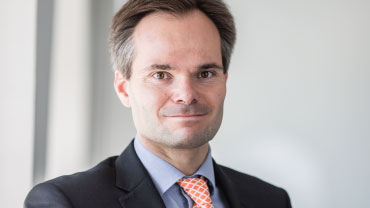 Minister for Foreign Trade and Development Kai Mykkänen underlines in his blog that it is worth investing in the health and rights of women and girls.

Centennial Finland is the third most equal country in the world. Especially the wellbeing of mothers and children is top-rate. In the course of Finnish history the life expectancy of a newborn baby has risen from 40 years to around 80 years. Our development policy also recognises that investing in equality and in the rights of girls and women is a worthwhile endeavour. Obviously, from the perspective of human rights it’s a justifiable investment, but it’s also extremely sensible financially.

The foundation for everything is health

While there’s probably no direct link between Finland’s notorious maternity pack and infant mortality, there is a clear link between family policy and legislation. Just like there’s a connection between advances in medical science, nutrition and hygiene and greater wealth.

The maternity pack attracted mothers to child health clinics for health checks already back in 1938, and this paved the way for Finland’s reputable maternity and child healthcare. In today’s centenary Finland mothers give birth in safe conditions and can take maternity leave without losing their job or earnings.

A mindset of human rights and equality has played an important role in the development of our education system. All children have the right to education by law and this is also the case fully in practice.

Finnish schools and teaching also receive acclaim internationally. People ask us what it is that makes Finland one of the best in international comparisons on education. The reasons for this are many. In Finland, boys and girls, irrespective of their family’s income level, attend the same schools. Most girls do not stop studying when they reach their teens. In fact, the majority of students enrolled in higher levels of education are females nowadays. Equality in education is reflected in the way society cooperates and in mutual trust. This way the creativity of young people can be tapped into comprehensively, which helps continue to develop the economy and culture.

That’s not to say there aren’t any problems. Too many young people drop out of education after comprehensive school and some do not even participate in working life, more often boys than girls. By working together, we must try to find ways to reduce the risk of young people becoming marginalised.  We’re also interested in the experiences of other countries in preventing young people from being excluded from education and working life.

All people have the same rights

In our country, boys and girls can speak out if they feel they have been treated unfairly. They can seek retribution and also get it. Boys and girls have the same rights when making choices in life.

In Finland, women have had the right to vote and stand for election and be elected to Parliament since 1906.

Children grow up to become reformers and innovators. Finland is the second most equal country in the EU in terms of men’s and women’s participation in working life.  Finnish women’s equality in working life ranks fourth best in the world.

It is worth supporting fragile societies

Finland wants to see boys and girls all over the world doing well. We allocate development assistance to the poorest countries so that girls can go to school and don’t end up going to work too soon. We are putting much effort into making sure they do not give birth before adulthood and do not have to experience violence.  Becoming a mother when you’re still a child deepens the cycle of poverty because there are no chances for education then.

In 2017, with the SheDecides movement, Finland pledged to give financial assistance to promote and secure the rights of women and girls, especially rights related to sexual and reproductive health, in Somalia, Kenya and Afghanistan.  The assistance will be steered via international organisations.

Finland has made the rights of women and girls one of its main development policy priorities and is committed to the goals of the UN 2030 Agenda for sustainable development promoting gender equality around the world. Sustainable development goals include, for instance, eradicating discrimination against women and girls and abolishing child marriages and forced marriages and genital mutilation. Gender equality also improves by providing public services and creating social security systems in the place of unpaid housework and childminding. Women must be empowered to participate and take up positions as leaders in politics, the economy and public life.

We have wanted to keep gender equality matters in the spotlight in novel ways too. To celebrate Finland’s 100 years of independence, the Finnish Government introduced an International Gender Equality Prize. The prize is awarded to a person or organisation that has advanced gender equality in a globally significant way. The prize amounts to EUR 150,000. The recipient assigns the money to a cause they have chosen that strengthens the position of girls and women.  The first-ever recipient of the prize was announced on 14 December in the European Council in Brussels.  I’m very pleased that this year’s prize went to highly distinguished Chancellor Angela Merkel of Germany.