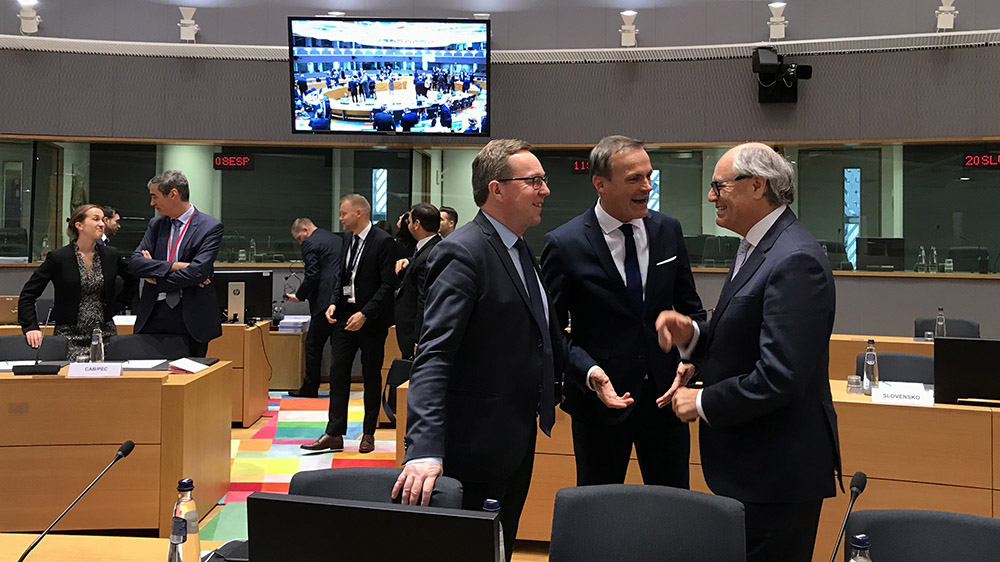 At the Economic and Financial Affairs Council in Brussels on Friday 8 November, the agenda for the finance ministers of EU member states will include combating VAT fraud in e-commerce. Finland’s Minister of Finance Mika Lintilä will chair the meeting.

“Our aim is to strengthen the cooperation between national tax authorities and payment service providers so that the authorities are able to combat VAT fraud in online commerce. The changes proposed would provide the tax authorities with an effective new tool,” says Minister Lintilä.

Under these proposals, payment service providers would be required to report data on cross-border payments. The information would be collected in an electronic system that could be used by the anti-fraud authorities of member states to facilitate tax fraud detection. The Council will seek a general approach on the legislative proposals.

The Council will seek to reach a political agreement on a reform of the VAT rules applicable to small businesses. It is already possible for member states to grant VAT exemption to small companies, because compliance with VAT obligations generates relatively higher costs for small companies compared with larger businesses.

Ministers to set out position on climate finance

The Council is expected to adopt conclusions on climate finance. The draft conclusions confirm the strong support of the EU and its member states for an urgent and ambitious implementation of the Paris Agreement.

The agenda for the meeting also includes excise duty issues and the tax challenges arising from the digitalisation of the economy. At the meeting, the Finnish Presidency will inform ministers about a draft joint statement of the Council and the Commission on stablecoins to be agreed at the December Council.

The Council will also meet the social partners to engage in dialogue on macroeconomic issues and will discuss sustainable development with European Free Trade Association (EFTA) countries. Finland will also be the first Council Presidency to arrange a joint policy debate for finance and education ministers.

On Thursday 7 November, Minister Lintilä will take part in the Eurogroup meeting. Finland will not chair the meeting, as the Eurogroup has its own permanent president.

Ecofin Council agenda (Council webpage, to be updated after the meeting)

Eurogroup agenda (Council webpage, to be updated after the meeting)

The Economic and Financial Affairs Council (Ecofin) is one of the configurations of the Council of the European Union. Ecofin makes decisions on EU legislative proposals in its remit, often in cooperation with the European Parliament. It is also responsible for coordinating the economic policies of EU member states. Ecofin is composed of the member states’ economic and financial affairs ministers.