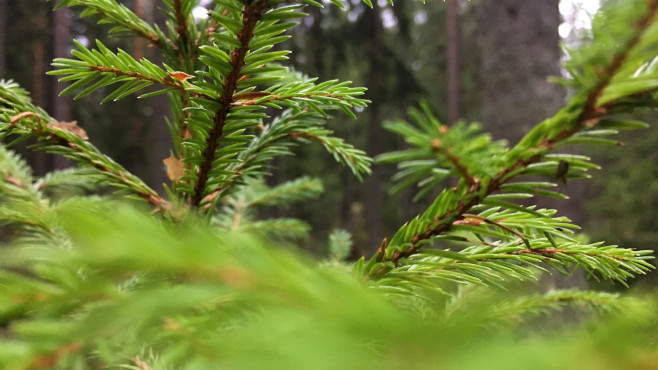 All legislative initiatives of the extensive Fit-for-55 package published by the European Commission in summer 2021 have now proceeded to the trilogue negotiations. The negotiations on the LULUCF Regulation concerning land use, land use change and forestry that started on Thursday 10 November continued till the small hours. An outcome was reached, but the agreement is provisional until it has been formally adopted.

The LULUCF Regulation specifies how emissions and sinks of land use, land use change and forestry are included in the EU’s climate targets. Forests and soil play an important role in climate change mitigation, and the aim of the regulation is to guide EU Member States to strengthen their carbon sinks and reduce emissions from the land use sector.

Contents of the compromise proposal

In the Commission’s original proposal, the implementation of the Regulation was divided into three five-year periods: 2021–2025, 2026–2030 and 2031–2035. The first period 2021–2025 is already under way and, with respect to this, the calculation rules in accordance with the current Regulation will continue to apply.

In the period 2026–2030, the assessment will be based on reported greenhouse gas data from the LULUCF sector. This was unanimously approved by the Council representing the Member States, the European Parliament and the Commission. The proposal concerning the EU target for the LULUCF sector for 2030 won unanimous support as well. According to this, the Member States should commit to removing a total of 310 million tonnes of carbon dioxide equivalent from the atmosphere by 2030, when emissions are also taken into account.

In addition, the obligations of the Member States for 2030 in the compromise proposal remained the same as in the Commission’s proposal, i.e. Finland’s target is 17.8 million tonnes of carbon dioxide equivalent. However, according to the proposal, the obligations for 2026–2029 will in future be reviewed as a ‘4-year budget’. This will enable to take the variations from one year to another better into account.

The compromise proposal is still ambiguous with respect to the national targets for 2030 because, at the moment, the penalty procedure (where the deficit in 2026–2029 is multiplied by 1.08) would be specifically targeted to the year 2030. According to the proposal, there would be no compensation for surplus, but underperformance could tighten the national target for 2030. To clarify this, we must wait for the final legal text.

The Commission has also proposed that as from 2031 emissions from agriculture that are currently considered to fall within the effort sharing sector (agriculture, forestry and other land use AFOLU) would be included in the calculations concerning the LULUCF sector. However, the parties could not reach an agreement on the post-2030 system. In this respect, it was agreed that the Commission will give a new legislative proposal on the matter and that it will be discussed later in a separate negotiation process.

“For Finland it was highly important that the special flexibility we achieved with hard work in the previous negotiations on the LULUCF sector will continue,” says Minister of Agriculture and Forestry Antti Kurvinen. “Climate change resilient and sustainable forestry requires sustainable and active use and management of forests, and countries that produce renewable wood raw material should not be punished,” he says.

With respect to the EU obligation for 2021-2025, Finland will at best achieve just a zero result: due to the calculation rules, no surplus can be generated in the LULUCF sector. This means that there will be no additional sink allowances that could be used to fulfil the effort sharing obligation set for Finland. The provision on the special flexibility agreed for Finland for 2021–2025 was further clarified in the negotiations.

Finland aims to be carbon neutral by 2035, and efforts to reach this target are being made in many different ways. The implementation of the Climate Plan for the Land Use Sector in Finland aims to significantly reduce emissions and increase sinks, thus supporting Finland in meeting its EU obligation.

A major part of the measures included in the Climate Plan for the Land Use Sector are already being implemented in the Catch the Carbon package of climate measures launched by the Ministry of Agriculture and Forestry in spring 2020. More than one hundred research or development projects carried out in cooperation between different stakeholders are currently being funded from this package.