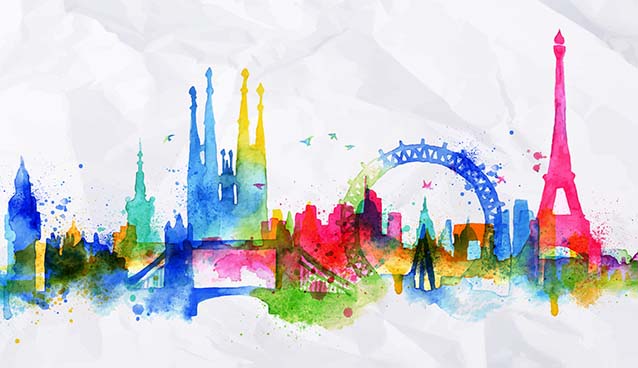 The European expert panel has published its pre-selection report on the applications of the three candidate cities Oulu, Savonlinna and Tampere and suggestions for the second and decisive phase. According to the letter sent by Minister of Science and Culture Annika Saarikko, the cities should revise and complete their applications by 23 April 2021. The expert panel will visit the cities in May 2021. The European Capital of Culture 2026 will be designated at the expert panel’s meeting in Helsinki on 2 June 2021.

For Oulu, the panel sees great promise in terms of cultural offerings. The projects are fresh and intriguing and they form a good base for future developments. The panel recommends that the theme of Cultural Climate Change should be clearly incorporated into the art and culture programme.

For Savonlinna, the panel considers the proposal interesting and with a lot of potential, especially in terms of the strong civic engagement, cooperation between the cities involved and the committed team, and the rich and vivid cultural heritage of the region. The panel recommends that the city should further elaborate and clarify the relevance of “Saimaa Phenomenon” for Europe and its people and give more space to contemporary art and culture.

For Tampere, the panel considers the artistic vision and themes of the programme as interesting and relevant, with potential of European resonance.  Among the assets is the strong cooperation with local artists and cultural operators in developing the cultural programme. The concept of “quality by equality” should be more clearly translated into projects in the cultural and artistic programme in a way that is attractive to European audiences. The panel encourages the city to look more closely into the potential of the city and the Pirkanmaa region.

The panel suggests that all three cities strengthen the European dimension in their applications. This means that the programmes of the ECoC year of 2026 should be built in a way that they are attractive to European audiences. This also includes the creation of new, long-term partnerships between the city and cultural operators in other countries. A special characteristic of the European Capital of Culture project is that the aim is not only to present the artistic and cultural offerings of the city and its surroundings but also to showcase what the rest of Europe has to offer.

Two to four members of the expert panel will visit all three candidate cities in May 2021. The European Capital of Culture will be designated in summer 2021 when the panel convenes in Helsinki on 2 June.

The first meeting of the European Capital of Culture 2026 expert panel took place in Helsinki in June 2020. At that meeting, the 12 members of the panel evaluated the applications submitted by the candidate cities Oulu, Savonlinna and Tampere and heard the cities' proposals at the Central Library (Oodi) in Helsinki. The two Finnish members in the panel are PhD Riitta Vanhatalo and MA Kai Amberla. The panel recommended that all three cities proceed to the second and decisive round in the competition for the European Capital of Culture 2026.