Ministry of Education and CultureMinistry of the Environment
27.10.2020 14.03
Press release 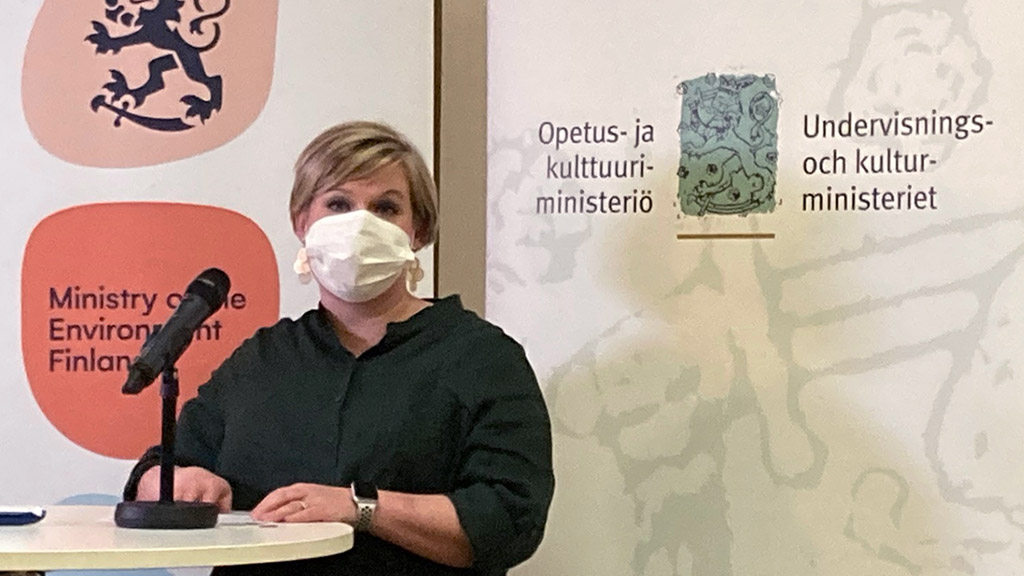 A foundation has been established for developing Paimio Sanatorium. The memorandum of association was signed on 27 October. The founding members of the foundation are the Hospital District of Southwest Finland, the State, the Alvar Aalto Foundation and the cities of Paimio and Turku.

On behalf of the State, the memorandum of association was signed by Annika Saarikko, Minister of Science and Culture, and Krista Mikkonen, Minister of the Environment and Climate Change. The ministers were pleased to see a foundation being established and extended their thanks to those involved in the work.

"I am very pleased that, together with the actors and experts in the region, we have found a solution that enables the creation of a long-term vision for developing this internationally significant architectural site. I would like to thank all the founding members and wish the new foundation great success. This marks the start of the work to secure the future of Paimio Sanatorium”, Minister Saarikko said.

“The Sanatorium, which represents the ideals of functionalism, put Finnish architecture on the world map. The new foundation will make it possible to preserve the architectural and cultural heritage of Alvar Aalto's pioneering work”, Minister Mikkonen said. “I wish the new board of the foundation the best of luck in this important work to uphold the legacy of Aalto and in further developing the Paimio Sanatorium”, Mikkonen said.

The purpose of the Paimio Sanatorium foundation is to protect the architecture of the Sanatorium and the valuable cultural heritage of intellectual and material capital, and to promote related values and preserve the entire patrimonial site.

The municipality of the Hospital District of Southwest Finland, which owns Paimio Sanatorium, will relinquish the patrimony of the Sanatorium estate to the foundation, including all movable property.

Paimio Sanatorium a breakthrough for Alvar and Aino Aalto

Paimio Sanatorium, designed by Aino and Alvar Aalto and built between 1929 and 1933, is a comprehensive work of art of exceptional ingenuity. People and the curative benefits of architecture were at the heart of the Aalto couple’s thinking. This tuberculosis Sanatorium was constructed to the exacting vision of the Aalto partnership, all the way to the minutest detail of each piece of furniture. The new principles of functionalism of the 1930s in the design, construction and styling were successfully incorporated across the building.

Based on the plans drawn up by Aalto, an operating theatre was placed in the main building in the late 1950s, and accommodation for staff members was added in the 1960s adjacent to the operating theatre. Patients with tuberculosis were treated in the Sanatorium until the 1960s, after which it was gradually converted into a general hospital. Hospital activities in the premises terminated in the mid-2010s.