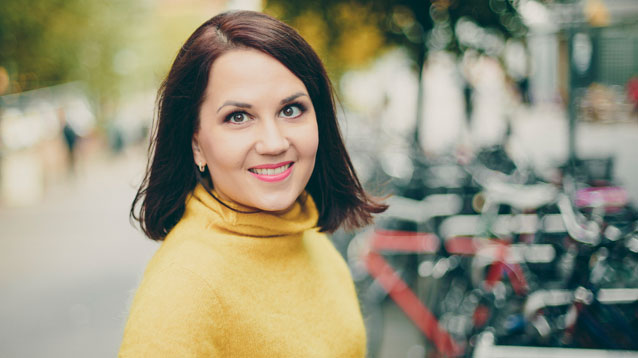 As part of last April's mid-term policy review, the Government launched a reform of the General Upper Secondary Schools Act. The old Act dates back a few decades, and general upper secondary education has not been high on the agenda of any Finnish government in recent years. While an attempt to renew general upper secondary schools through the distribution of lesson hours was made during the last government term, the reform was adulterated into an update as the project turned into a battle with no winners between the subjects.

Researchers are concerned over the tendency to overlook general upper secondary education. The attraction of this form of education that imparts general knowledge and ability is dwindling; at the same time, the age classes are getting smaller, and ever more competence will be needed in the future. There are also concerns over the crumbling competence base, general upper secondary students’ exhaustion and high stress levels as well as the uphill struggle of being admitted to third-level education.

As the reform is still in a very early stage and the next move will be an extensive open preparation process and a round consultations with the field, plenty of questions and speculation, and even fears, are in the air. I am hoping that this article might help dispel at least some of the worries.

The objective of the general upper secondary school is to support the students in growing into good, balanced and well-educated persons and members of society. We are not planning to dust off the plans from the previous government term regarding the distribution of lesson hours, or start another round between mathematics and the humanities, for example. Students will not be able to pass through the general upper secondary school of the future without being familiar with and understanding such subjects as history. Not a single subject is about to become optional, and anyway, rather than the relationships between different subjects, the focus of the reform will be on stepping up cooperation between them.

As an elemental component of strong and extensive general knowledge and ability, skills of the future will be needed, including lifelong learning skills, problem-solving and interaction skills, and an ability to understand complex wholes, cultural sensitivities and ethical issues. One of the most important questions to consider is how we could promote more in-depth cooperation between subjects. This would help the students perceive connections between issues and master large entities.

Another important viewpoint is associated with the need to improve the standard of education in Finland. Higher education institutions have been forced to compromise on their requirements. There no longer are enough students skilled in higher mathematics to fill in the intake places of higher education institutions in fields that require mathematical competence. Young people’s language selections have also become less diverse.

These trends which have emerged over the years give rise to concern, as in the future, more and more diverse competence will be needed. The lower standards of competence in mathematics and science and the more limited selection of languages chosen by students are the most prominent examples. This does not mean, however, that promoting mathematics and languages would be the only purpose, or a particular objective, of the reform. While the recent article on this topic published in Helsingin Sanomat was meritorious in itself, its title may have given actors in the field the false idea that the volume of mathematics or language teaching would be increased in the distribution of lesson hours at the cost of humanities. The Ministry has no such plans.

The core question of the general upper secondary education reform is how we can make sure that the general upper secondary school will impart stronger general knowledge and ability in the future – knowledge, skills, self-confidence and motivation for learning that will see the students through further studies, the changing world of work and the world of lifelong learning.

The third important theme of the reform is student welfare. Gaining more independence, making plans for the future, mental growth, growth pains – all these are part and parcel of the general upper secondary school age. Exhaustion is more prevalent among the students, and they experience excessive amounts of stress, weariness, tiredness and anxiety. Regardless of its goal-oriented nature, general upper secondary school should be a comfortable place for the students. It should offer the students support and help young people find their personal strengths. General upper secondary students should be able to grow into inquisitive global citizens hungry for learning who believe in themselves and take a positive view of the opportunities brought about by the global change.

We must pay particular attention to student welfare in the context of the general upper secondary education reform. A precondition for learning is a safe and welcoming environment where every student receives the support they need. It is vital that the students are treated as individuals. Young people must be supported in making choices, and adequate support and guidance must be secured for them. Naturally, no-one should have to drop out because they cannot afford to attend upper secondary school. We also need investments in teachers’ competence. Teachers need to be supported through the numerous changes they face in the field of education. Teacher education and teachers’ competence are being developed by the national Teacher Education Forum, and the appropriations for teachers’ continuing training have been increased and must be increased further.

The fourth aspect of the reform is paying attention to smooth transitions. Seven out of ten students who have taken their matriculation examination do not continue their studies the following autumn. The reason for this is a student admission system that puts a lot of emphasis on entrance tests, which is exceptional by international standards. General upper secondary school students see admission to higher education as a tough and stressful competition that cannot be tackled without proper coaching. What is particularly frustrating is that most of those who have completed their matriculation examination ultimately do get admitted to higher education, but several years are often wasted while they make this transition. We have no need for a waiting room of this type.

Consequently, it has been agreed with higher education institutions that they will rely more on matriculation examination certificate grades in their student admissions. There is clear, research-based evidence to support this move. At the same time, the possibility of accessing higher education by taking an entrance test will be preserved, which means that there will also be several different paths to third level education in the future. On the other hand, we will improve the possibilities of re-sitting matriculation examination tests that have not gone well.

The models universities have developed for awarding points for matriculation examination grades have caused uproar in the last few days. Making decisions on student admission criteria is part of the autonomy granted to universities under the Constitution, and the Government will not make these decisions for them.

The students must know what is expected of them. Young people must be supported in their choices, in finding their own paths and personal strengths. The general upper secondary school of the future must walk alongside the students, and higher education must similarly open the doors, ensuring that we do not exhaust young people and waste their best years on a struggle to move on and uncertainty.