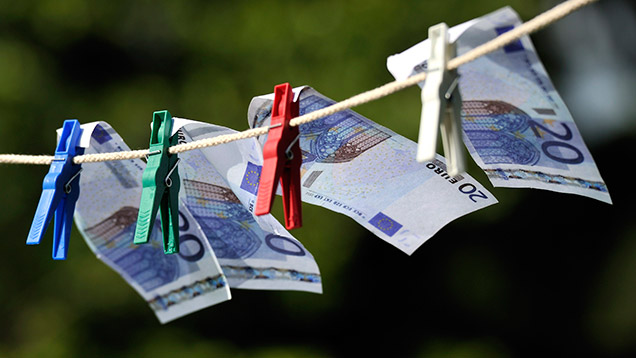 Combating of money laundering and financing of terrorism will be enhanced through new legislation. On 28 June, the President of the Republic approved the Act on the Combating Money Laundering and Financing of Terrorism and certain related acts, which implement the EU’s Fourth Anti-Money Laundering Directive and the EU Regulation on payer information accompanying transfers of funds.

Under the new legislation, the Government, supervisory authorities, lawyers associations, entities with a statutory reporting obligation and traders have a duty to prepare a risk assessment of money laundering and financing of terrorism.

The objective is for companies and other entities to base their measures aimed at combating money laundering and financing of terrorism more than at present on risk assessments. In practice, this could mean, for example, enhanced monitoring of some customers.

The legislation will mainly enter into force on 3 July 2017. A transition period up to 31 December 2017 will apply to the risk assessment of entities with a statutory reporting obligation and to due diligence of politically exposed persons. An obligation to register with a new supervision register, maintained by the Regional State Administrative Agencies, will enter into force on 1 July 2019.

Under the new legislation, the supervisory authorities may also prescribe administrative sanctions, such as penalty payments for failure to observe obligations.

In contrast with the previous period of five working days, the Financial Intelligence Unit has the right to suspend a suspicious transaction for a period of ten working days.

As of 1 July 2019, companies and other entities must register persons who own a significant holding of the company or entity as well as other beneficial owners. Provisions on registration will be made separately in the Trade Register Act, the Freedom of Religion Act and the Foundations Act. The obligation to maintain beneficiary information will begin on 1 January 2019.

The Parliament’s response includes the following statement: Parliament requires that the Government assess, in connection with the implementation of the Fourth Anti-Money Laundering Directive, whether the threshold for the registration of information on beneficial owners is at a sufficient level to ensure that the provisions cannot be easily circumvented, also taking into consideration the intended use of this information.

The objective is to combat the shadow economy and financial crime

The objective of the legislation is combat the shadow economy and financial crime more effectively in line with the Government’s strategic goals. In Finland, financial crime is one of the biggest forms of crime behind money laundering.

By the term ‘money laundering’ is meant activity that attempts to disguise the true nature, origin or ownership of funds of criminal or illegal origin by moving them through the legal payments system.

By the term ‘financing of terrorism’ is meant acquiring or collecting funds of legal or illegal origin for the purpose of terrorism.