Strategy outlines energy and climate actions to 2030 and beyond 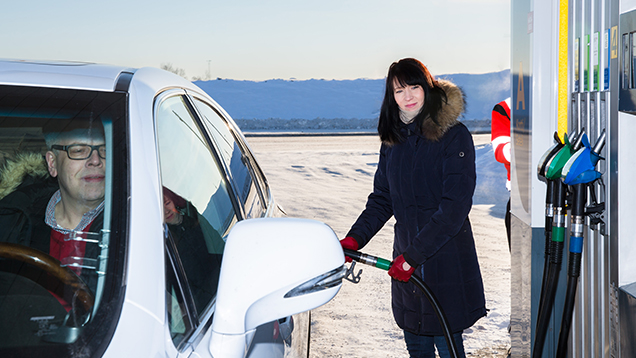 The Government approved the national energy and climate strategy to 2030 on 24 November 2016. The strategy will be submitted as a Government Report to the Parliament, where discussion on it is to be started on 30 November.

The strategy sets out concrete measures and goals for Finland to reach the energy and climate goals for 2030 that have been agreed upon in the Government Programme of Prime Minister Sipilä and the EU.

According to the guidelines, the share of renewable energy of final energy consumption will rise to over 50 per cent in the 2020s. The long-term goal is for the energy system to become carbon neutral and to be strongly based on renewable energy sources.

Investment subsidies for renewable energy are mainly targeted towards commercialising new technology and the effort sharing sector, especially towards institutions producing advanced transport biofuels. In addition, the use of agricultural, societal and industrial waste and side streams in the production of heat and electricity and as transport fuel is promoted.

The current feed-in tariff system of wind power will be discontinued. The goal is for projects to be implemented on market terms in the future. For the transition period and to maintain Finnish project expertise, it is necessary to implement technology-neutral competitive tendering, which means that the electricity production subsidy will only be paid for the most cost-effective and competitive production investments of renewable electricity. In 2018–2020, a total of two terawatt hours (TWh) will be subject to an open tendering process. The Ministry of Economic Affairs and Employment will commission an independent and comprehensive study on the adverse health and environmental impacts of wind power before the preparation of the act concerning the production aid.

The domestic use of imported oil, i.e. petrol, diesel, fuel oil as well as jet fuel and kerosene will be halved during the 2020s compared to the total amount of energy in 2005. The operations of the transport sector constitute the main part of the emission reduction measures of the effort sharing sector. These operations will then directly reduce the energy use of oil. Also, measures proposed for the individual heating of buildings and for machinery are targeted to reducing the usage of oil.

Measures to reduce emissions in transport especially involve road transport, where there is the largest potential for emission reductions. The energy efficiency of the transport system will be improved by e.g. developing new transport services, influencing modes of travel and transport and utilising intelligent transport methods. The goal is for Finland to have a minimum total of 250,000 electric vehicles and a minimum of 50,000 gas fuelled vehicles in 2030. According to the strategy, the physical share of biofuel energy content of all fuels sold to road transport will be increased to 30 per cent by 2030. In addition, vehicle stock renewal will be accelerated considerably.

Using coal for energy production will be discontinued during the 2020s. New power plants or replacement investments that are based on burning coal must not be made. The complete discontinuation of using coal for energy will require strong tax steering or legally prohibiting the use of coal. During the current Government term, a proposal will be prepared for an act on the transition period of discontinuing the use of coal as an energy source by 2030, taking into account aspects related to the continuity and security of energy supply and emergencies.

Energy taxation will be used to encourage primarily using forest chips and forest industry by-products for the combined heat and power production (CHP) and the separate production of heat. The operating subsidy scheme for electricity produced from wood chips is a cost-effective way of promoting the use of forest chips. The scheme will remain as it is at present until the Commission’s state aid approval expires. The future of the scheme will be evaluated in 2018.

The increased domestic production of advanced transport biofuels will also increase the use of forest-industry by-products and forest chips. Taxation will be used to further ensure that peat will not be more competitive than forest chips or forest-industry by-products but that it will be more competitive than coal and other imported fossil fuels. When developing policies, the availability of forest biomass and the value added in different applications will be taken into account. The new investments of forest industry will significantly increase the use of wood in Finland in the near future. Raw material suitable for the wood processing industry must not be directed to energy production through the subsidy scheme.

The production and use of biogas will increase, and growing Finnish business will develop around it. The prevalence of gas-powered vehicles and machines will be promoted, and supporting biogas plants will continue at least at the current level. National provisions and permit procedures will be clarified to promote the production and use of biogas. In addition, solutions supporting biogas will be supported when influencing EU legislation and the preparations for state aid rules for after 2020.

The decline of carbon sinks in Finnish forests will be prevented by fortifying the growth and carbon binding capacity of forests in the long run, by mapping out the afforestation of treeless areas and reducing the clear-cutting of forests in connection with infrastructure and transport construction.

EU's proposed regulation regarding the land use sector and related calculation methods will be influenced so that the increased, sustainable and versatile use of forests will be possible, so that the calculation methods will reflect actual sinks and emissions and that the sink units created from forests can also be used in a limited manner to reach the obligation of the effort sharing sector for 2021–2030. It will also be assessed how the reform of EU's Common Agricultural Policy can encourage farmers to increase soil carbon sinks ground and to decelerate the decline of these sinks.

The strategy outlines central measures to reduce the greenhouse emissions of sectors outside the emissions trading, mostly transport. Emission reduction measures required by the EU will be specified and supplemented during spring 2017 in the medium-term climate policy plan.

In addition, the possibility to move into an economy completely based on renewably energy in 2050 has been assessed. The goal has been to identify the possibilities and challenges of using 100% renewable energy sources in different sectors and on a system level. The development prospects of new energy solutions and business opportunities created by these solutions have also been assessed in a strategy background report by Tekes on the development prospects of energy technology and new energy solutions in 2030–2050.

Long-term competitiveness of national economy and the prerequisites of financial growth will be ensured with cost-effective measures to reduce emissions. The state aid required by the strategy would increase central government expenditure by approximately EUR 160–240 million in 2018–2020 and by about EUR 900–930 million in 2021–2030. In addition, with the current tax structure, central government tax revenue would decrease in 2018–2020 by an approximate total of EUR 10 million and in 2021–2030 by about EUR 1410 million. The changes to be made in subsidies and taxes will be decided separately in the central government budget procedures.

The strategy and background reports (in Finnish) are online at: www.tem.fi/strategia2016

Research: Finland’s COVID-19 support package internationally small – companies would have needed support for costs in the beginning of the crisis