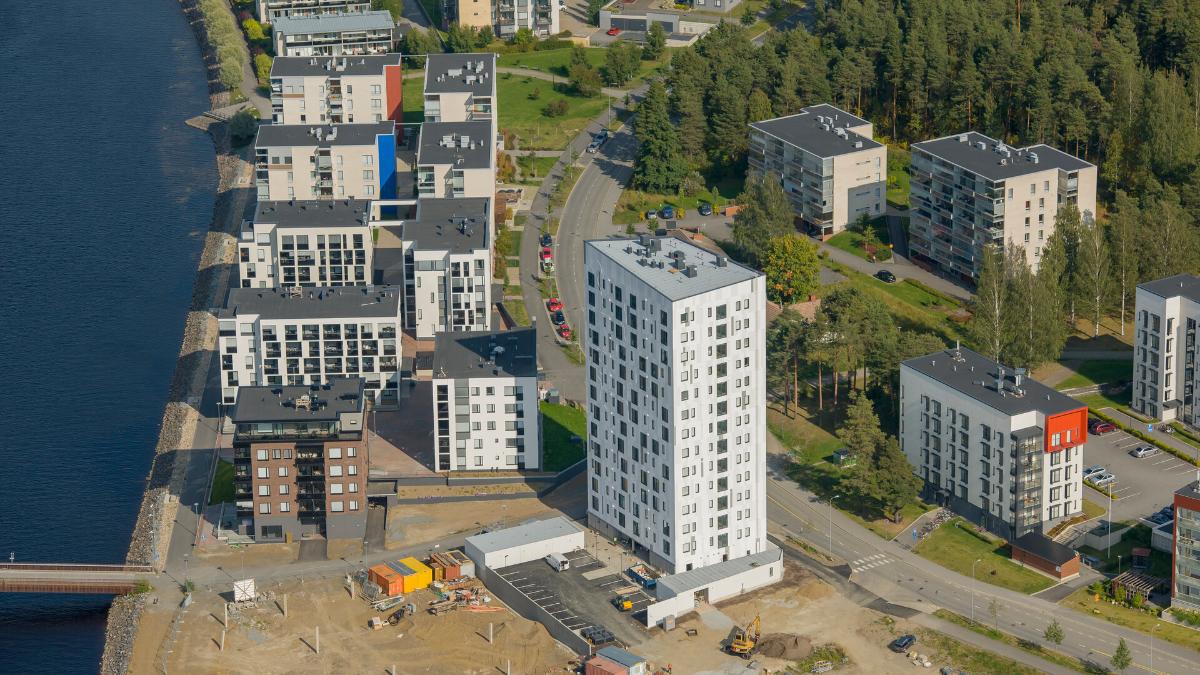 VTT Technical Research Centre of Finland has studied how new apartments have changed in 15 years. Now the buildings are safer, healthier and more energy-efficient. Growing focus on small apartments has responded to the demand, but due to the smaller floor area homes have become more difficult to adapt to different needs.

A study conducted by VTT Technical Research Centre of Finland examines the changes in housing production between 2005 and 2020. Besides efficient land use, technical improvements and smaller average size of apartments, the characteristic changes in housing production include space savings and lower energy consumption. The production has successfully responded to the growing demand through effective zoning and housing policy, but this development has also led to a less diverse building stock.

With the growing numbers of small apartments, more research is needed e.g. on how long-term residents feel about living among frequently changing neighbours. The predominance of small apartments in a certain area should also be taken into account when studying the segregation of residential areas.

Guidance by the authorities and product development have improved the health and safety aspects and energy efficiency of apartments. The change can be seen e.g. in better indoor air quality and sound insulation and in moisture control during the construction processes. Property-specific waste management has also advanced as the sorting of biowaste and glass and metal waste has become increasingly common, but small minimalist kitchens may not be easy to adapt to the needs of materials recycling.

More efficient heating and heat recovery have reduced the energy consumption of apartments. Despite the higher price of electricity, the residents pay less for energy because of the lower heating costs.

The building of single-room apartments has multiplied

In recent years large numbers of single-room apartments with a “student flat concept” have been built in blocks of flats with a deep frame. These are characterised by similar floor plans, scarce opportunities to vary the furnishing solutions, and windows that open in just one direction. The darkness of the inner part of the frame is partly compensated for by the larger window area.

Changes have also taken place in how the space has been designed. Now the floor area of a former two-room (plus kitchen) apartment has been divided into an apartment with three habitable rooms, one of them with an open kitchen. The habitability and functionality of the apartments and how well they are equipped are about the same, but especially in small apartments small bedrooms mean less life cycle flexibility. In this context this refers to how easily the bedrooms can be adapted to the residents’ needs in different stages of their life cycle. A flexible bedroom accommodates not just one bed but also a crib for a baby or a desk, and there is enough room to move about with assistive devices.

Combining the kitchen and living room has become increasingly common in both blocks of flats and row houses. Now hardly any separate kitchens are being built, except in large rental apartments in blocks of flats, which has made kitchens somewhat darker and more difficult to ventilate. In addition to separate kitchens, there are also no saunas in small apartments, and since 2010 much fewer shared saunas have been built in residential buildings. Some of the storage spaces have moved from basements and attics to the landings.

“The study gives us comprehensive information on the trends and identifies issues where further study is needed. The housing barometer to be launched next year will tell us about the residents’ experiences and will provide us with an even more holistic view of the development needs related to the quality of housing,” Minister of the Environment Krista Mikkonen says.