Great results from the water supply and sanitation project in Nepal

A bilateral development cooperation project between Finland and Nepal has ended, having achieved excellent results. In the countryside of Western Nepal, availability of clean drinking water, sanitation and hygiene have improved considerably in ten years. At the same time, women’s opportunities to make a difference in village communities have also increased.

Rural Water Supply and Sanitation Project in Western Nepal, RWSSP-WN, was launched in 2008. In 2013, the work was expanded with phase two to meet a number of sustainable development goals. During the first and second phases, nearly 350,000 people gained access to better water supply. 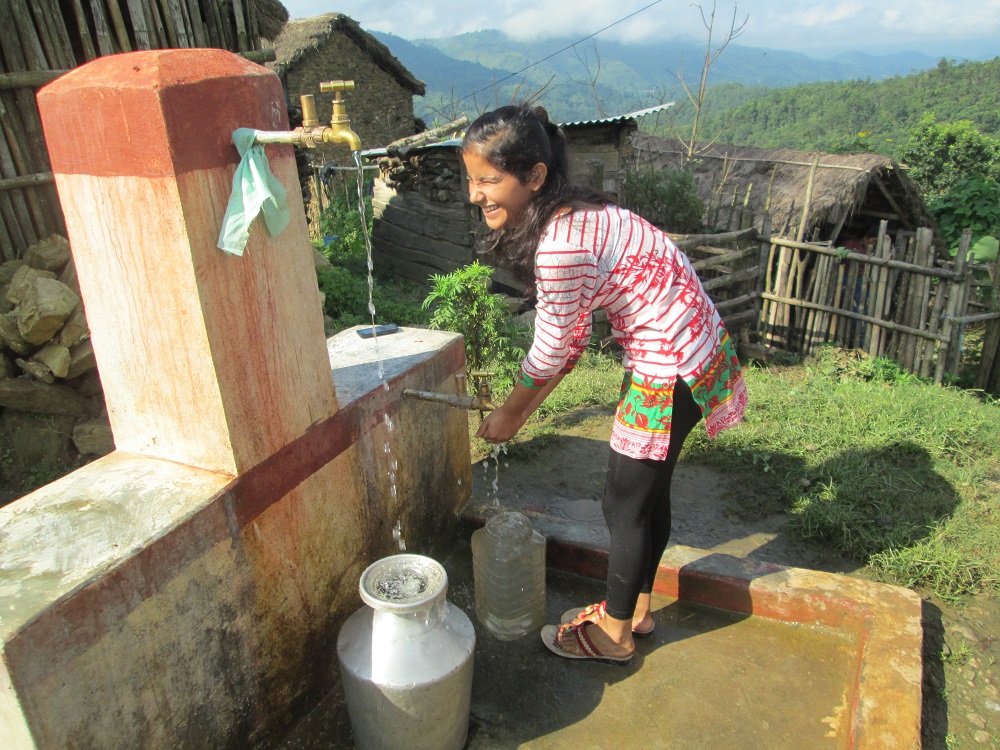 Piped water for villages and new water supply points have made life easier especially for women and children, as they no longer have to carry water for long distances. Photo: Juho Haapala/FCG

In Western Nepal, 99 local authorities participated in the collaboration. Half of them continued until the end of the project in summer 2019. The funding was provided by the governments of Finland and Nepal, the local government in Nepal – in other words, Nepalese municipalities – and the users of the water supply systems. The second phase of the project was carried out by FCG International.

In the end, users themselves contributed a substantial share of both the work and the project financing, demonstrating that the local village communities had faith in the project's success. Local communities' own activity also ensures that the work continues to produce results.

“It is important that communities become closely involved, right from the planning and implementation stage. It is also essential that the user committee members receive training either in financial management or in water quality, and that a trained maintenance person is appointed for each system. Users pay a small water charge on a monthly basis in order to afford system repairs. For the larger repairs and in the longer term, any support available from the local authority will make a big difference,” says Senior Specialist Jari Laukka.

In municipalities, the village communities’ water user committees play a key role. Committee members are selected among the users of the water supply system. In phase two, Finland’s condition for providing support was that approximately half of the members of each committee should be women. At the end of the project, the maintenance and management of water systems, such as the collection of user charges, will become the responsibility of these water user committees consisting of 7 to 12 persons.

“At the beginning of the project, women may have been very shy at committee meetings, but as the project progressed, their self-confidence increased. They started to speak very decisively – and their opinions made a difference,” says Project Manager Sanna-Leena Rautanen from FCG. 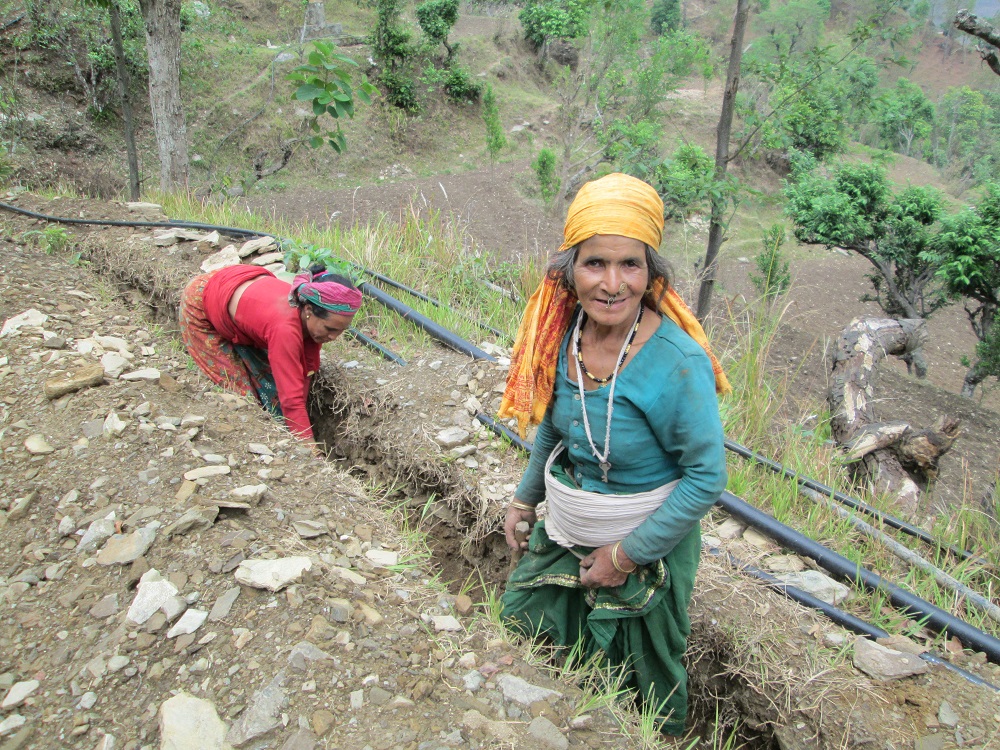 Women were very motivated to work for the water supply systems. For example, they dug trenches for laying the underground water pipelines. Photo: Pamela White/FCG

According to the project’s final report, the committees in which the majority of the members were women maintained their water supply systems in a better condition. This is explained by the fact that the functioning of water systems has a particular impact on women’s lives. If the equipment is damaged, women usually have to carry the water from the springs found further away in the mountains.

Between 2013 and 2019, more than 3,000 kilometres of pipeline was laid to bring water from mountain springs, usually located in remote areas that are difficult to access. Most of the pipes were manually laid underground at a depth of almost one metre, for example to protect them from frequently occurring landslides. Water was piped to supply points and schools in village communities, and to individual households.

One of the project’s aims was to make water available to the most vulnerable people, such as those discriminated against on the basis of their ethnic origin. The project achieved this objective successfully. For example, more than one in five of the beneficiaries were members of Dalits who remain discriminated against.

As part of the project, the water use committees produced a Water Safety Plan. One of the Plan's aims is to prepare for the consequences of climate change. Some water sources have dried up because there is less rainfall in winter, while heavy downpours keep causing more landslides.

In September 2019, Nepal declared itself an Open Defecation Free (ODF) country. This means that across Nepal everyone has access to a toilet and no one has to defecate outside. The project helped to achieve this objective.

During the project, 240 toilets were built in schools and public premises. Providing access for people with reduced mobility was one of the conditions for building public toilets. 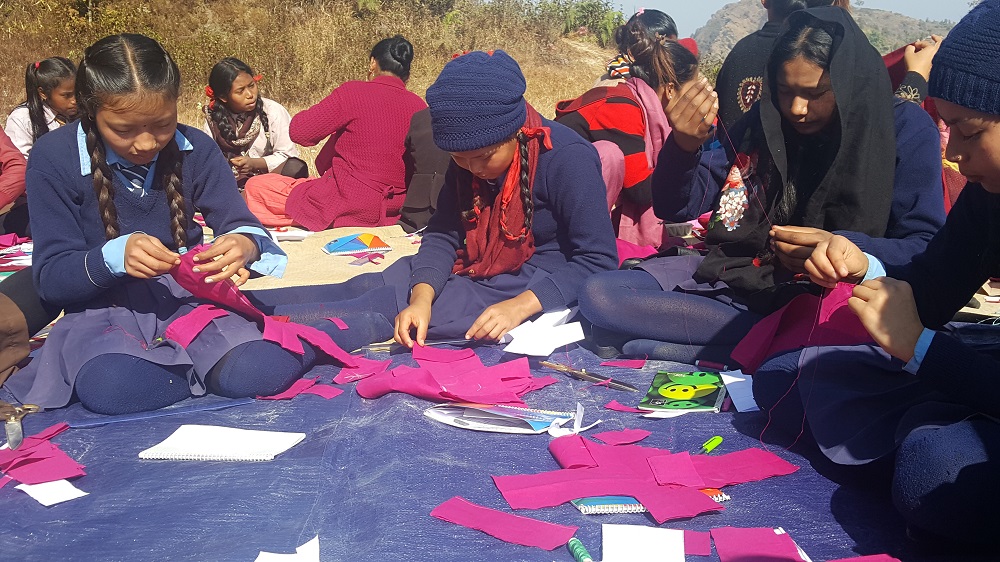 People were encouraged to build a toilet near their home so that older people would find it easier to use it. However, only the poorest households received support – money or materials – for building private toilets.

During the project, it became clear that in some families women and girls were not allowed to use the toilet during menstruation. In response to this, the project workers began to collect information on how people were restricting the lives of girls and women on the basis of menstruation or old beliefs.

Based on the research data, the workers organised open discussion and awareness-raising events. The events proved popular, reaching out to more than 9,000 pupils, both girls and boys. Menstruation was also discussed in different contexts, so that it would no longer be a taboo subject. For example, girls sewed washable menstruation pads at school. This was also an opportunity for them to receive accurate information about periods.

In household hygiene education, large sticker pictures were introduced, reminding people of good practices, such as hand washing and drying dishes above the ground, for example on a drying rack made of local materials. The construction of low-smoke stoves also helped to improve hygiene and indoor air in kitchens.

The first phase of the project was carried out by Ramboll Finland Oy, and the second phase by FCG International