Waste is converted to recycling in a Nairobi slum

In a project supported with Finnish funding, toilet waste functions as raw material for fertiliser and animal feed. Sanitation based on the circular economy shows the way for sustainable urbanisation.

In Kenya's Nairobi, in the slum of Mukuru, houses are built of corrugated iron and mixed building materials.  Both people and animals pass along dusty lanes. “In the past two years, the environment has become cleaner in many ways,” says 65-year-old Esther Wanjiku, who has lived all her life in Mukuru.

“Before waste was everywhere, it blocked up the ditches and often the air stunk,” says Wanjiku. “A big change has happened in a short time.”

The change is caused by this: toilet waste of altogether 100,000 people is nowadays collected regularly from the area, where earlier many did not have access to a toilet at all. The project called Sanergy is based on dry toilets run by user charges, which are regularly emptied and cleaned in a centralised manner. The waste is sold as raw material to a factory where it is manufactured into fertiliser and feed.

The project that has received funding from Finnish Finnfund was built up by three alumni of the Massachusetts Institute of Technology, who started to ponder a solution based on the circular economy to the challenges of growing urbanisation.

“In manufacturing of feed we utilise larvae of a certain type of fly. They eat almost any organic waste and get fat, and then we collect them, boil them and dry them into feed. There is protein in even one-half of the end product,” says one of the founders, David Auerbach, who takes part in the World Circular Economy Forum starting in Helsinki today.

Although recycling organic material is one important dimension of the project, Auerbach names transporting waste away from residential areas as its most significant benefit.

“Safe sanitation is not just about people having access to a toilet, but environmental and health issues also pose the biggest challenges in the poorest areas. We keep waste away from spoiling water and soil, which reduces diarrhoea, for example.” 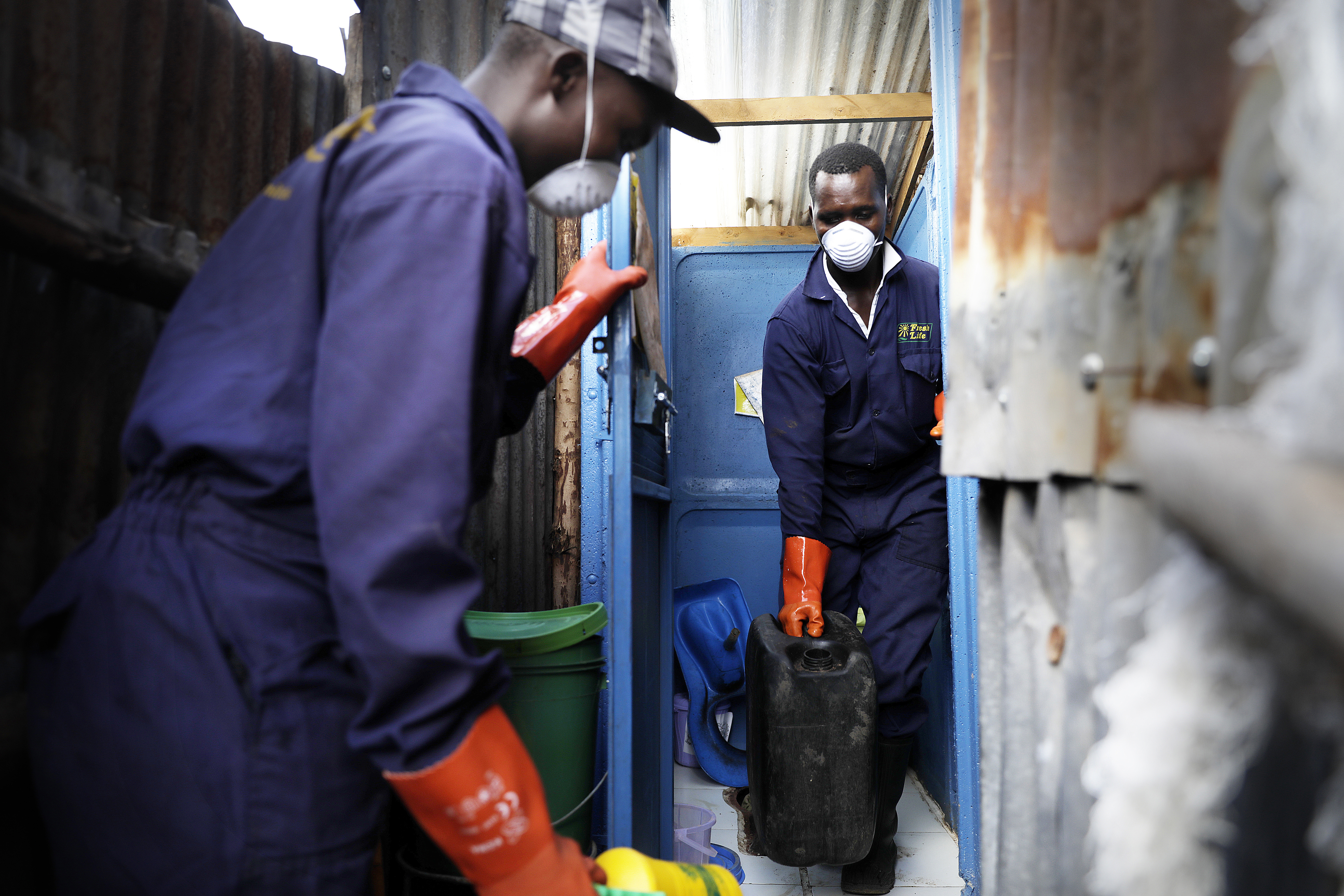 Sanitation is a huge challenge in growing cities: globally about one billion people are living in slums or without basic services. The number is expected to double by 2030.

At the moment, Sanergy processes 6,000 tonnes of waste in a year, but a factory is being built with which the volume could grow significantly. Cooperation with cities and municipalities is already being planned to extend the activity.

“Over two million people are living in the slum areas of Nairobi. Our aim is to serve them all during the coming decade,” Auerbach envisions.