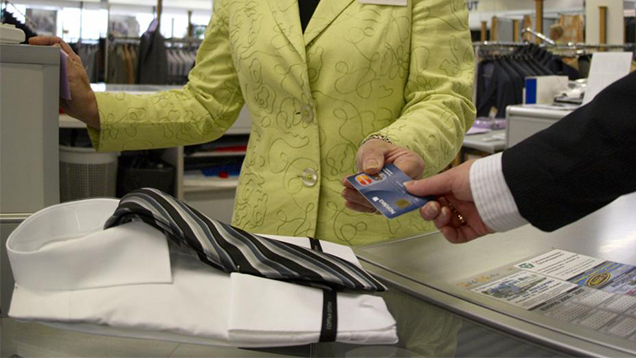 Many professionals in the commercial sector are frequently faced with inappropriate behaviour in their daily work. Launched today on 4 December, the Ollaan ihmisiksi (‘Lets behave ourselves’) campaign seeks to awaken consumers to think about their own role in enhancing the occupational wellbeing of salespersons and other customer service professionals.

The inappropriate behaviour encountered by commercial sector professionals in their work has increased over the past few years. This is evident from the enterprise and consumer survey conducted by the Finnish Commerce Federation in November 2017 and from the 2017 member survey of Service Union United (PAM).

– According to the survey conducted by the Finnish Commerce Federation, 63 per cent of enterprise respondents told that bad-mouthing and verbal abuse of personnel had increased. 30 per cent of consumers had encountered other customers’ disruptive behaviour in various kinds of customer service situations, of whom as much as 52 per cent experienced these in a shop,” says Anna Lavikkala, Labour Market Director at the Finnish Commerce Federation.

– From the employer’s point of view, this is a matter of labour protection and safety of the personnel. Commerce is the largest employer in business life in general and also the largest employer of young people. For us, it is important that a shop is a safe and pleasant place to work,” Lavikkala continues.

PAM’s membership survey confirms that bad behaviour has become increasingly common. “According to our survey, the amount of verbal abuse encountered by salespeople has become more common. 9 per cent of salespersons told that they encounter such behaviour at least once a week. Based on the results, it is evident that the issue needs to be addressed,” confirms Jaana Ylitalo, Collective Bargaining Director at PAM.

Minister of Employment Lindström as the campaign’s patron

Inappropriate behaviour encountered at work is not a problem that is solely experienced in the commercial sector. According to the 2016 working life barometer of the Ministry of Economic Affairs and Employment, 33 per cent of wage earners experienced bullying or mental violence on the customers’ part.

– We, the consumers, can contribute to the occupational wellbeing of customer service professionals with our own behaviour. We need the ability to empathise with others,” says Minister of Employment Jari Lindström, who acts as the campaign’s patron.

Lindström also emphasises the broader societal significance of the campaign. “The campaign seeks to promote the virtuous circle of wellbeing that emerges from the wellbeing of employees, from the good service received by customers and from the resulting success of companies,” says Lindström.

The Finnish Commerce Federation, Ministry of Economic Affairs and Employment, Working Life 2020 project, PAM and Finnish Grocery Trade Association wish, for their part, to contribute to the work that makes Finnish working life the best in Europe.