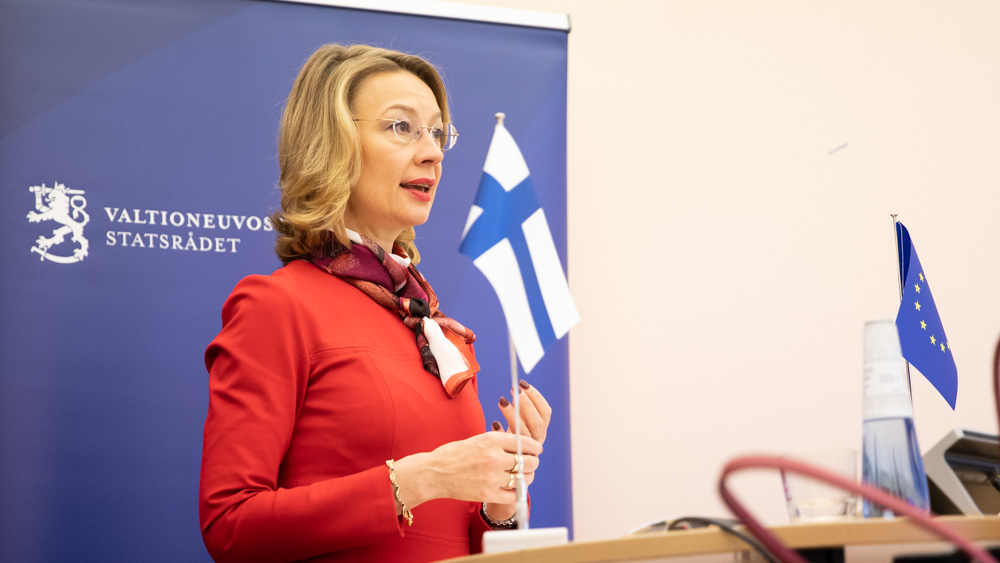 The main themes of the videoconference of Ministers for European Affairs on 8 December were the preparations for the forthcoming European Council and a progress report on the negotiations on the future relationship between the EU and the UK. Minister for European Affairs and Ownership Steering Tytti Tuppurainen represented Finland at the meeting.

The ministers exchanged views on the draft conclusions for the European Council meeting to be held on 10–11 December. The EU leaders will meet in Brussels to discuss measures to combat COVID-19, tightening the EU’s emissions reduction target, security issues and external relations. The EU leaders will also meet at the Euro Summit on 11 December.

Finland supports the EU’s strong joint efforts to tackle COVID-19. Finland is also in favour of raising the EU’s 2030 emissions reduction target to at least 55 per cent compared to the 1990 levels. When it comes to internal security, it is essential to anticipate and develop the capacity of the authorities to respond to changing security threats. Combating cross-border crime, such as terrorism, is a top priority. With regard to external relations, the EU should be strong and determined in its response to Turkey’s destabilising actions in the Eastern Mediterranean. We must continue our diplomatic efforts to find solutions.

The ministers also held an exchange of views on the state of the negotiations on the future relationship between the EU and the UK. The policy approach of Chief Negotiator Michel Barnier received unanimous support from the Member States. In any case, the transition period will end on 31 December 2020 and it can no longer be extended. The negotiations must be concluded in the next few days if a possible agreement is to enter into force by the end of the year.

“We want to reach a deal, but not at any price. Time is running out. We must prepare for all options, including the UK’s withdrawal without a deal.” says Minister Tuppurainen.

The German Presidency of the Council of the EU briefed the ministers on the joint legislative planning of the Commission, the Council and the European Parliament. For the first time, the three institutions have exchanged views on the main objectives and priorities of legislative work throughout the 2019–2024 term of office.

In the General Affairs Council (GAC), the EU Member States are primarily represented by their Ministers for European Affairs. The tasks of the Council include preparations for the European Council meetings. The GAC is also responsible for a number of cross-cutting policy areas, including negotiations on the multiannual financial framework and EU enlargement. Questions relating to the rule of law are also an established part of the Council’s agenda.