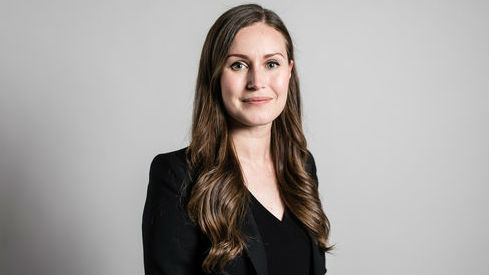 In 1999, as a new Member State, we were able to have an impact on the development of the Union’s internal and justice affairs. In 2006, we already had experience with the Presidency, but the situation was different, as the number of Member States in the Union had increased from 15 to 25.

Our third Presidency, which has just ended, came at a time of yet another European Union. Finland’s third Presidency, which ended at the turn of the year, was its first during the term of the Lisbon Treaty. This means, firstly, that the EU has a High Representative for Foreign Affairs and Security Policy and that the European Council has a permanent president. It also means that the European Parliament now plays a more important role in the Union’s decision-making.

The significance of this was emphasised during Finland’s Presidency, as it took place at a turning point for EU institutions. After all, our Presidency took place six months earlier than planned as a result of the Brexit referendum in the UK, and we took the lead in the Council at a time when the new European Parliament was getting organised and the old Commission was stepping down.

However, we were able to take this challenging moment and turn it to our advantage: since there were fewer legislative proposals on the agenda than during the other Presidencies, we could focus our Council discussions on the future.

We were the first Presidency to put into practice the new strategic agenda for the EU adopted by the European Council in June 2019. In these discussions on the future, we were able to set important milestones for the new Commission in areas such as sustainable growth, the welfare economy and equality.

We are now beginning to see that the plans of the new Commission are largely in line with our objectives. In this context, I would particularly like to mention the Commission's communications on the European Green Deal and on building a strong social dimension in Europe in order to achieve just transitions.

A major achievement for all sectors was the negotiating box containing the key figures on the EU’s next Multiannual Financial Framework (MFF) for 2021–2027, which Finland submitted to the Member States and institutions in December.

This great work, led by the Minister for European Affairs, can be seen concretely in the fact that in the negotiations held at the end of last week, the negotiating box drawn up by Finland was largely the basis for the proposal by Council President Charles Michel. The negotiations are still ongoing, but the proposal drafted by Finland is proving to be a balanced compromise – as we intended it to be.

The themes of Finland’s Presidency were prepared by all parliamentary parties in good time. I would like to thank all of the parliamentary groups and parties for their cooperation. In the negotiations on our Government Programme, we specified the themes in such a way that our Presidency ultimately had four main priorities.

The first of these was common values and the rule of law as the cornerstones of EU action.

Under Finland’s leadership, the Union intensified its efforts to safeguard the rule of law and, in particular, to prevent problems related to it before they can occur. Minister for European Affairs Tytti Tuppurainen will soon speak more on this theme, but I would like to highlight in particular the rule of law mechanism included in the multiannual financial framework.

During its Presidency, Finland worked hard to ensure that the use of EU funds is strongly linked to the rule of law. The mechanism is still part of the financial framework negotiations, so we do not yet fully know the outcome. However, it is clear that without Finland’s strong profiling on the rule of law, we would not be so far along in the discussion.

Our second theme was a competitive and socially inclusive EU.

Under Finland’s leadership, the Council prepared key messages on sustainable growth and a Presidency report was drawn up on the EU’s strategy for sustainable growth. The main policy priorities were the single market, digitalisation and skills, research and innovation, and modern industrial policy.

Legislative matters were taken forward in the transport sector. For example, we reached an agreement with the European Parliament on the mobility package, the energy labelling of tyres and electronic transport data, and we formulated and the Council's general approach on rail passenger rights and the proposal to promote the implementation of TEN-T networks.

During our Presidency, Finland set in motion a debate at the EU level on the ‘economy of wellbeing’, which focuses on the mutually supportive relationship between the economy and people's wellbeing. The Council’s conclusions on this theme call for the Commission to present a long-term strategy for the EU that reflects the economy of wellbeing and aims to ensure that the EU becomes the world’s most competitive and socially inclusive climate neutral economy. The Council’s conclusions on gender equality, for their part, present policy priorities to be used in preparing the Commission's forthcoming gender equality strategy and emphasise the mainstreaming of a gender perspective, particularly in economic and budgetary policies.

Finland also organised the first joint meeting of EU ministers of finance and education, which focused on the importance of education, training and skills in building a strong foundation for the economy.

With regard to the development of the economic and monetary union, the proposals concerning the budgetary instrument for convergence and competitiveness for the euro area were discussed in the Council, and the instrument was part of the MFF negotiating box that we presented. Council conclusions were adopted on the future of the Capital Markets Union and on continuing of the fight against money laundering and terrorist financing. In December, the EU reached political agreement on a classification system (‘taxonomy’) for sustainable finance.

Perhaps our greatest advances were made in promoting the role of the EU as a global climate leader.

The December European Council endorsed the objective of making the EU climate neutral by 2050, in line with the Paris Agreement. Finland ensured that climate was on the agenda of all relevant Council configurations and several informal ministerial meetings.

These discussions focused on matters such as a just transition to a climate neutral economy and emissions reductions in the transport and energy sectors, and addressed food security and soil carbon sequestration in agriculture.

The Council also adopted conclusions that sent a strong message on incorporating the idea of a circular economy in the Commission’s work programme and on the solutions the circular economy offers to mitigate climate change and biodiversity loss.

Conclusions were also adopted on the preparation of the EU for the meeting of the parties to the UN Convention on Biological Diversity in 2020 as well as on the protection and restoration of the world's forests.

Finland’s goal was to strengthen the EU’s internal and external security and its defence cooperation, including its capacity to counter hybrid threats, in order to ensure the comprehensive security of citizens.

Establishing horizontal working group to coordinate the work of the Council was a concrete step forward in the fight against hybrid threats.  In terms of the cyber security of 5G networks, which are important for the EU's competitiveness, significant progress was made on developing a common EU approach.

During its Presidency, Finland also supported the High Representative in implementing the Common Foreign and Security Policy. Finland highlighted the development of a comprehensive EU-Africa partnership in Council talks and discussed the proposals for the development of the partnership, which are expected in early spring.

We also advanced discussions on EU enlargement and the opening of accession negotiations with Albania and Northern Macedonia. Although decisions have yet to be taken, Finland was commended for its constructive role in the Western Balkans.

In addition, under Finland’s leadership, we discussed the comprehensive development of immigration and asylum policy and, for our part, paved the way for a reform of the Common European Asylum System. Discussions were held on the reform of the Dublin system, for example. Attention was paid to the need to share responsibility evenly and to support countries facing migration pressure through joint actions.

The strengthening of the EU's Arctic policy was promoted from various perspectives, especially at the informal Gymnich meeting of foreign ministers. Arctic issues were also dealt with in the conclusions on maritime policy and space affairs.

During our Presidency, we also wanted to reform the Union’s operating practices and set an example. Through careful consideration of the number of meetings, centralisation of meetings and other sustainable arrangements, we managed to reduce the carbon footprint of our Presidency by as much as 70 per cent compared to the average Presidency.

Instead of giving traditional Presidency gifts, we compensated the emissions of meeting participants’ air travel to Brussels and Helsinki.

We also promoted openness and the use of digital tools in the Council's work. In addition, we provided an “Elements of AI” course for citizens of all EU countries—in all EU languages—that can be completed in 2020–2021.

We managed to arrange the Presidency at a lower cost than anticipated. The total costs were around EUR 26 million lower than what was foreseen in the budget.

This is due to our careful consideration of number of meetings held in Brussels and Finland our cost-effective arrangements. The use of additional personnel and outsourced services was also considered carefully.

The European Commission submitted its work programme for the current year at the end of January. Its main priorities are in line with Finland's objectives. It is now essential to ensure that future proposals move in the right direction for us.

In the first half of this year, we will have a lot of work to do in EU policy, particularly concerning the next multiannual financial framework and the future relationship between the EU and the UK.

In the autumn, it will be time to outline EU issues for the longer term – at that time, the Government will submit an EU policy report to Parliament in line with the Government Programme.

I would like to extend my warmest thanks to all the officials involved in the preparation and implementation of the Presidency, both in Finland and at our representation to the EU in Brussels. Finland has a distinguished body of public officials whose strong know-how and professional skills we can rely on as we move towards our next 25-year journey as a member of the European Union.

Prime Minister’s presentation speech at the referral debate in Parliament 26.3.