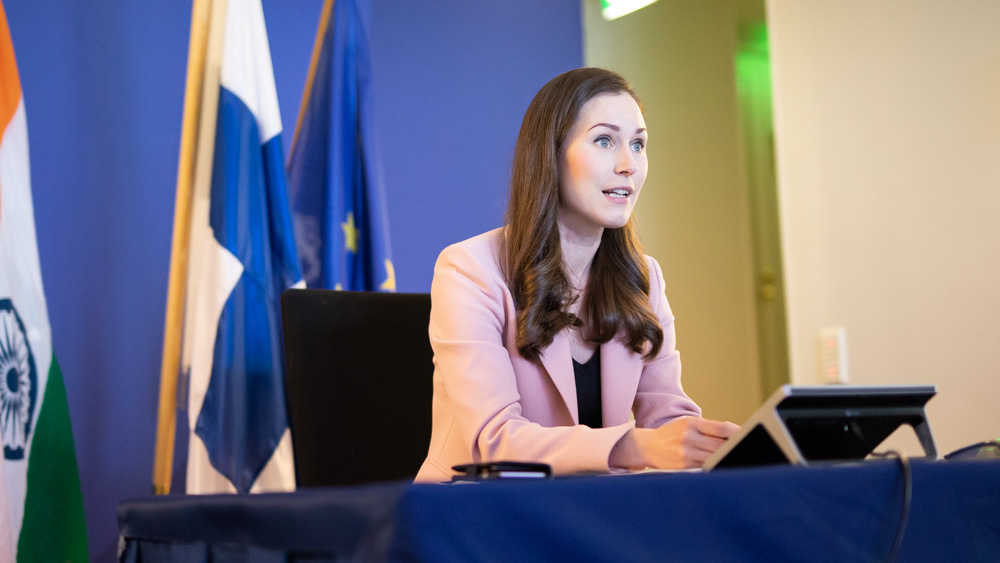 Prime Minister Sanna Marin and Indian Prime Minister Narendra Modi held a remote bilateral meeting on 16 March 2021. In their first meeting, the prime ministers had an extensive discussion on how to deepen concrete cooperation between their countries and addressed a number of key international issues.

Prime Minister Marin also emphasised the role of high-quality education in society. India is currently reforming its education system, and there is great potential for cooperation between Finland and India in this sphere.

In their discussion, the prime ministers found opportunities for closer cooperation in fields such as new technologies and the digital transformation, including in the development of 6G technology, quantum computing and artificial intelligence. Finland and India have a great deal to offer each other in these areas.

The Prime Ministers discussed the fight against climate change, both as an international theme and from the perspective of climate initiatives in India and Finland. The joint declaration by Finland and India issued in connection with the meeting mentions, among other things, India’s initiative on the International Solar Alliance (ISA), which aims to promote the use of solar energy, and Finland’s joint initiative with Chile on the Coalition of Finance Ministers for Climate Action.

The discussion also touched on UN reforms. In this context, Prime Minister Marin affirmed Finland’s support for India’s efforts to become a permanent member of the UN Security Council.

Another item on the agenda was the partnership between the EU and India, a topic the prime ministers will have the opportunity to discuss next at the upcoming India-EU27 Leaders’ Meeting to be held in Porto on 8 May 2021. The prime ministers also briefly discussed regional issues, such as the situations in Myanmar and Afghanistan, Arctic cooperation and Africa.

In connection with the meeting, Finland and India issued a joint declaration outlining concrete ways to deepen cooperation between the countries and emphasising the global importance of multilateral rules-based cooperation.

The last meeting between the prime ministers of Finland and India was in connection with a summit between the Nordic countries and India in Stockholm in 2018.