Parliament voted on the Alcohol Act: some changes will enter into force already on 1 January 2018 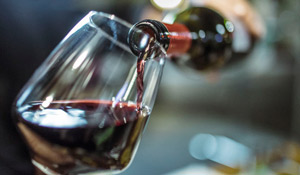 The Act as a whole will enter into force on 1 March 2018, but some of its changes will apply as of 1 January 2018.  Since there is only little time to the turn of the year, this news release of the Ministry of Social Affairs briefly gives information of the changes that will enter into force at the beginning of 2018.

Retail stores could, right after the turn of the year, sell alcoholic beverages containing no more than 5.5% by volume of ethyl alcohol. The requirement to produce the beverages by fermentation would also be abolished on 1 January 2018. This means that grocery stores, kiosks and petrol stations would be able to begin selling stronger beers and ciders and long drinks produced by adding distilled alcohol.

The sale will require a valid retail trade licence to sell alcoholic beverages, granted under the current Alcohol Act. There is no need to apply for a new licence.

At present, the sale of alcoholic beverages by retail stores is limited to beverages produced by fermentation and containing no more than 4.7% by volume of ethyl alcohol.

Retail trade licence applications for selling craft beers can be submitted to Regional State Administrative Agencies after the turn of the year, and the agencies will be able to issue licences if the requirements laid down by law are met. The National Supervisory Authority for Welfare and Health (Valvira) and the Regional State Administrative Agencies will later provide information on application forms and on the prerequisites for granting licences.

Right after the turn of the year, restaurants will be able to advertise Happy Hour discounts freely, for example on streets and in newspapers.

Restaurants will have free opening hours as of 1 January 2018

By amending the Act on Accommodation and Catering Operations, opening hours of restaurants would be deregulated, as was done with store opening hours at the beginning of 2016.  Provisions of the new act on alcohol serving hours would, however, enter into force on 1 March 2018.

With the exception of the changes mentioned above, the new Alcohol Act would enter into force on 1 March 2018 if the President of the Republic confirms the Act on 28 December 2017.