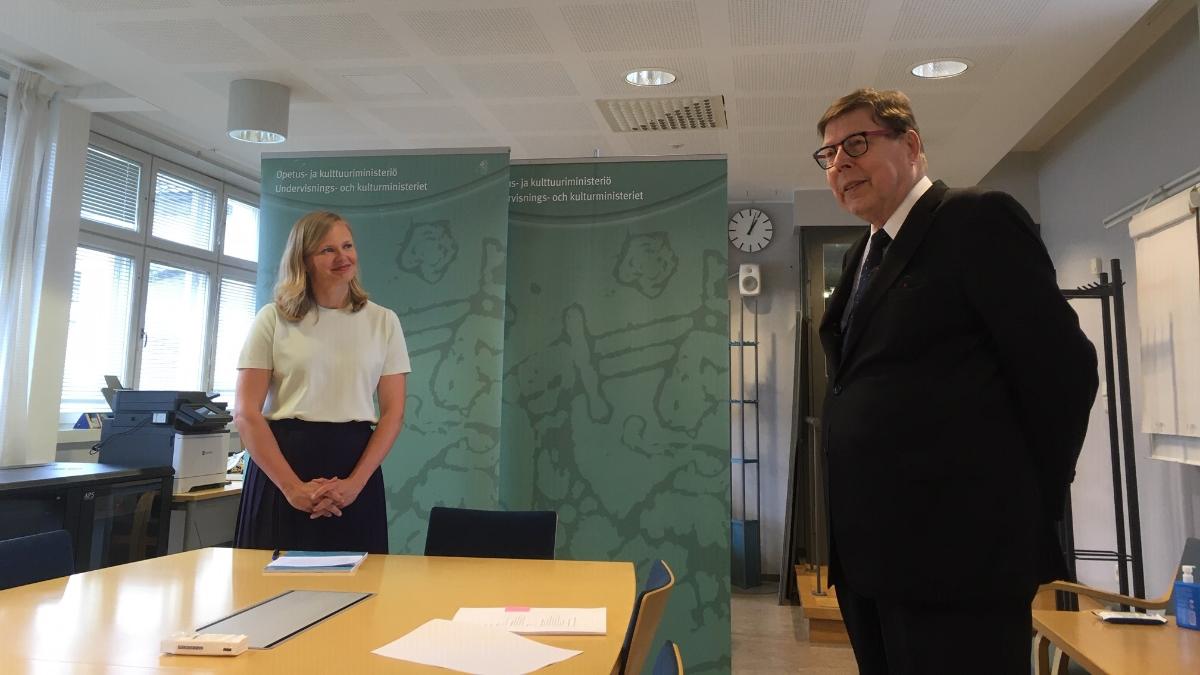 Rapporteur Jukka Liedes proposes establishing an ethics committee of the cultural sector and placing it in the Arts Promotion Centre. The ethics committee would be an independent body that would prepare principles and guidelines and address ethical issues in the fields of arts and culture. The proposal was submitted to the Minister of Science and Culture Hanna Kosonen on 3 August 2020.

Recently, ethical issues in the cultural sector have been the subject of public attention. In January, Minister of Science and Culture Kosonen invited a wide range of representatives from the cultural sector to discuss ethical challenges and problems and the need to establish an ethics committee to handle these issues. Establishing a committee was widely supported.

“Much like any other industry, the cultural field, too, faces ethical challenges and problems. Additionally, the industry has its own characteristics. I’m delighted to see that cultural operators are willing to improve their practices to change things for the better,” says Minister Kosonen.

According to Rapporteur Liedes, the most important task of the committee would be preventative action: preparing and promoting ethical principles and guidelines and addressing ethical issues in the cultural sector. The tasks would also include handling and investigating concrete actions and practices that have been claimed to be unethical. However, the Rapporteur emphasises the complicated and sensitive nature of such proceedings compared to preventative action.

According to the proposal, the mandate of the ethics committee would be to provide direction. It would handle complaints in individual cases, but the decisions of the committee would be non-binding recommendations. Sanctions could include a reprimand, a notice or a guiding statement. The committee could also refer a case to another competent body.

“After the committee is established, there should be a transitional period of, for example, two years before opening the complaint procedure. This would ensure that the principles and procedures could be established and that cultural operators would be aware of them,” says Rapporteur Liedes.

“The Rapporteur's views and proposals on this difficult matter are clear. They provide a basis on which we can start building a solid procedure for handling ethical issues in the cultural sector. It is especially important to create effective methods that prevent problems,” Minister Kosonen highlights.

Publication Ethics Committee of the Cultural Sector (in Finnish)