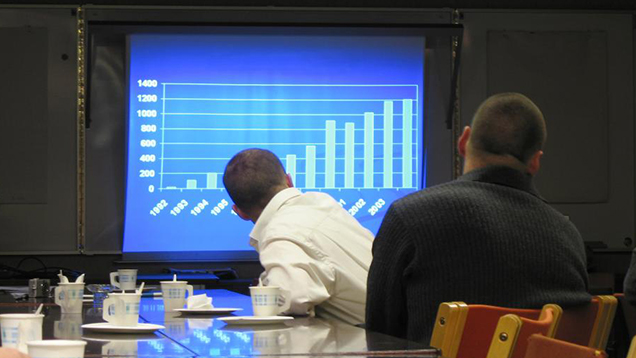 The Ministry of Economic Affairs and Employment has issued an updated information package collating follow-up data on how the coronavirus epidemic affects companies and the labour market as well as the service capacity and operating environment in the Ministry’s administrative branch. This time, the main observations in the release concern the financial support granted to companies due to the coronavirus epidemic and the lay-off situation.

So far, Finland appears to have survived the coronavirus crisis with less economic damage than many other countries. Business subsidies, flexible cooperation negotiations and lay-off procedures have in part helped Finland to avert a large number of bankruptcies.

However, recent announcements by companies about upcoming large cooperation negotiations show that some of the effects of the coronavirus epidemic may be delayed. This depends on the length of the global economic plight and the exceptional circumstances in which companies are forced to operate now.

On a positive note, the release shows that business and consumer confidence has risen, the decrease in turnover in trade and services has slowed and the signals from Europe’s industry are positive. However, if the situation persists, the risk factors include a continuing decline in industrial production and new orders and ongoing challenges for certain sectors, such as tourism and the maritime industry, amid a deteriorating global economy.

Companies have benefited from the coronavirus support

Based on the situational picture, the MEAE Group’s crisis support has been allocated to sectors most affected by the epidemic.

A total of 28,715 projects applied for Business Finland’s development support and funding by the deadline. So far, 93% of the applications have been processed and 68% of them have been accepted. Around 1,300 applications are still pending.

The most support from Business Finland has been granted to commerce, construction, software and gaming, tourism and restaurant industries as well as creative industries.

The Centres for Economic Development, Transport and the Environment (ELY Centres) received 33,107 applications, of which 29,936 were processed. Of these, 21,013 applications, or 70%, were accepted. The funding granted by the ELY Centres amounts to EUR 295 million. On average, EUR 6,148 was allocated to preliminary analysis and EUR 32,939 to business development per company.

The support from the ELY Centres has mostly been utilised by wholesale and retail trade as well as the accommodation and restaurant sectors. In addition, the sectors receiving the most support include professional, scientific and technical activities, such as legal and accounting services, management consulting, architectural and engineering services as well as scientific activities and research.

Of the EUR 250 million reserved for supporting sole entrepreneurs, approximately EUR 85 million has been allocated so far. It is also possible that in the remaining applications the amount of funding applied will grow, depending on the number of applicants per municipality. By the end of the year, municipalities will report on the amount of funding to companies.

The State Treasury has granted about EUR 107 million to support business costs. By the deadline on 31 August, the Treasury had received 12,855 applications, of which 27% were approved. The support is intended to cover the company’s fixed costs and payroll costs that are difficult to adjust.

By 31 August, a total of 1,525 applications were submitted by the food and beverage service sector for compensation caused by the restrictions on their operations. Until now, 212 applications have been accepted, with the amount of support totalling about EUR 4.2 million. Compensation totalling EUR 72.47 million have been granted to 6,257 companies in the form of a mass payment. The processing of funding is still ongoing. Companies in the food and beverage service sector can apply for support for re-employment until 31 October 2020.

The number of bankruptcies has not increased. Companies have survived the summer with the help of the State’s funding and their own financial and support instruments. The temporary amendment to bankruptcy legislation has also affected the situation.

The Ministry of Economic Affairs and Employment has launched an extensive review of the effects of the coronavirus support.

Number of laid-off people remains high but is falling

Based on the number of lay-offs, companies in the accommodation and restaurant sectors have suffered the most from the coronavirus crisis, while geographically, Lapland and Uusimaa have been hit hardest.