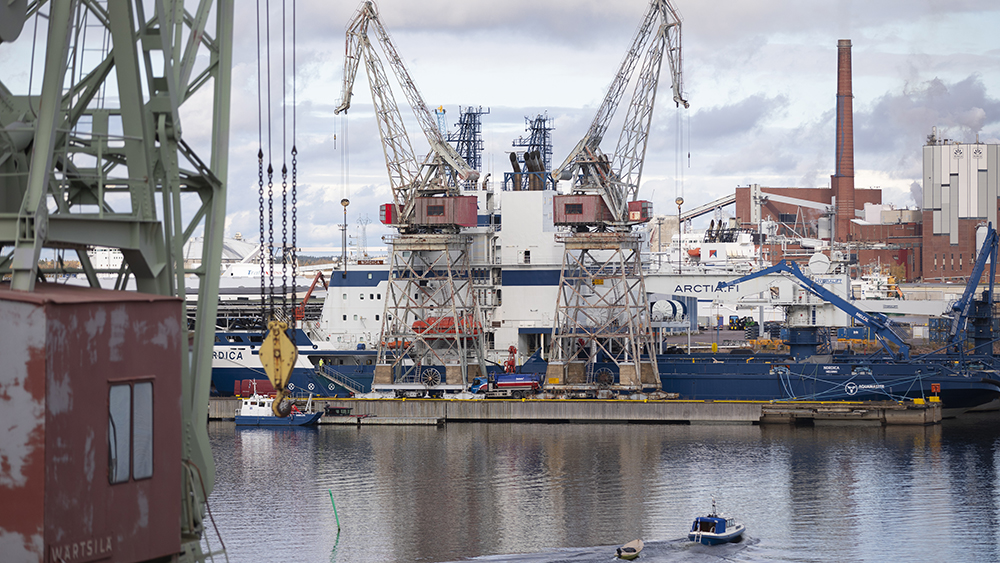 The Carbon Border Adjustment Mechanism proposed by the European Commission would cut imports of products subject to the mechanism from countries not part of the mechanism to Finland by a quarter. The mechanism would have the most significant impact on imports of iron, steel and fertilisers, especially from Russia and China. The effect on Finland’s GDP would be minor.

These estimates are included in a report produced by the Research Institute of the Finnish Economy ETLA and the Finnish Environment Institute (SYKE), which was commissioned by the Ministry of Economic Affairs and Employment and published on 25 April 2022. The report evaluates the effects of the proposed Carbon Border Adjustment Mechanism nationally and at EU level.

According to the current plan, reporting on the Carbon Border Adjustment Mechanism would start already in 2023 while the charges would be introduced in 2026. The charges would initially apply to a limited number of emissions-intensive products, including cement, iron, steel, aluminium, electricity and fertilisers. The details concerning the implementation of the mechanism are still undecided, with the decision process ongoing.

The purpose of the mechanism is to respond to the problem of carbon leakage that may arise from a stricter EU climate policy. However, there is no clear view yet on the effects of the mechanism on the EU economy and exports. In the report, the researchers propose that a tax and subsidy policy compensate for the effects of the tightening climate policy in Finland over the next few years.

“The Carbon Border Adjustment Mechanism proposed by the Commission is a new kind of steering instrument and only limited information on its concrete impacts has been available. The updated report by ETLA and SYKE explains the economic effects of the mechanism well and provides useful information on the mechanism’s details for further discussion,” says Jyrki Alkio, Chief Specialist at the Ministry of Economic Affairs and Employment.

“Naturally, the effects of the Carbon Border Adjustment Mechanism vary between states, both within and outside the EU. Introducing customs duties will reduce competition within goods subject to such duties inside the EU, but increase competition outside the EU,” says Research Director Tero Kuusi from ETLA.

Within cement and iron, steel and aluminium products, imports from outside the EU account for about 25 per cent of all imports in the EU, while more than 40 per cent of imports of fertilisers originate from outside the EU. What is more, countries importing to the EU as a whole pollute slightly more than the countries importing to Finland on average. The effects of imports are therefore somewhat greater in the EU.

The Carbon Border Adjustment Mechanism will be introduced in the EU at the same time as the Union is tightening its climate policy. Based on the report now published, the mechanism will have significant impacts on imports of products subject to it, but the exact level of charges is still unknown. According to the researchers, restricting the mechanism to certain products is not entirely unproblematic.

“If the mechanism does not cover end products that utilise products subject the mechanism, environmental regulation can create a competitive advantage for climate-polluting imports into the EU,” Kuusi adds.

In addition to free emission allowances, complementary tax instruments or direct technology subsidies should be considered as additional solutions, according to Kuusi. This would be particularly fitting in cases where a product produced in the EU with fewer emissions is replaced by a more emissions-intensive product in the international market due to the EU’s more stringent climate policy.

Act on Electrification Subsidy for Energy-Intensive Industries enters into force