Despite the 25 years of headway made based on the ground-breaking Programme of Action adopted in Cairo, sexual and reproductive health and rights continue to improve slowly.

The Finnish delegation attending the conference is led by Minister for Development Cooperation and Foreign Trade Ville Skinnari.

In Nairobi, Kenya, a number of world leaders and ministers responsible for development cooperation have gathered to consider how to promote and safeguard women's right to have control over their own body and to decide when to have children. The Summit on the International Conference on Population and Development (ICPD25), convening in Nairobi from 12 to 14 November, celebrates the 25th anniversary of the Cairo Conference of September 1994, which marked a turning point in the global cooperation aiming at the promotion of women's reproductive health and rights.

The goals of the Cairo Programme of Action included equal access to family planning and contraception services, safe pregnancies and births, safe and legal abortions, the prevention and treatment of sexually transmitted diseases, and the elimination of harmful practices, such as genital mutilation and child marriages.

It was an important step in efforts to improve the rights of women and girls. However, their implementation has not progressed as hoped. Headway has been made in some areas, but progress has been slow and uneven.

“In about thirty years, the proportion of women using contraception in sub-Saharan African countries has risen from only 13% to around 30%. In the developing countries, more than 200 million women are still without access to family planning. More than 800 women die every day from complications caused by pregnancy or childbirth,” says Gisela Blumenthal, Counsellor to the Ministry for Foreign Affairs.

Of the more than 404,000 maternal deaths recorded each year, more than a half occur in sub-Saharan Africa and one third in southern Asia. More than 200 million women in different parts of the world have experienced genital mutilation, the majority of them in the Middle East and Africa, and every year three million girls are at risk of becoming victims of the procedure. About 47,000 women and girls die every year from dangerous abortions. 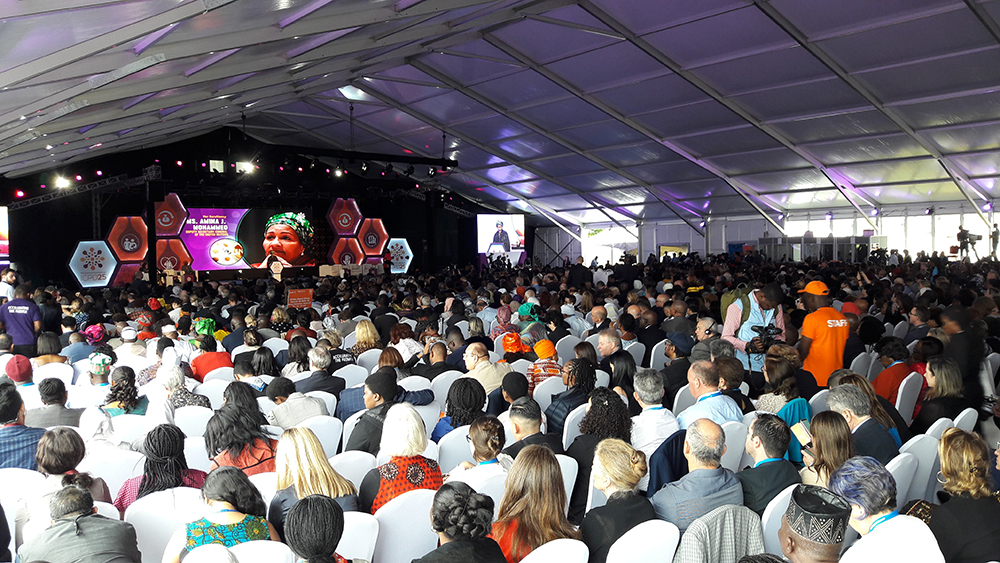 Opening of the Population Conference in Nairobi on Tuesday

In recent years, sexual and reproductive health and rights have been the subject of controversy in international negotiations and, for example, funding for the United Nations Population Fund, UNFPA, has declined. The gap has been patched by, for example the Nordic countries, which play a strong role in defending sexual and reproductive health and rights.

In their joint article published in the run-up to the Nairobi Summit, the Nordic development ministers note that empowering women and young people is not only an important goal in it is own right; it is a prerequisite for achieving the Sustainable Development Goals. According to them, the Nordic countries, Denmark, Finland, Iceland, Norway, and Sweden, will continue to be staunch supporters, politically and financially, of sexual and reproductive health and rights for all.

Finland is one of the supporters of the conference, hosted by Kenya, Denmark and UNFPA, and is one of the major donors of UNFPA. Finland promotes these objectives not only through UN organisations but also in its bilateral development cooperation. For example, in the years between 2015 and 2017, sexual and reproductive health services were used by 1.5 million women and girls in projects funded by Finland.