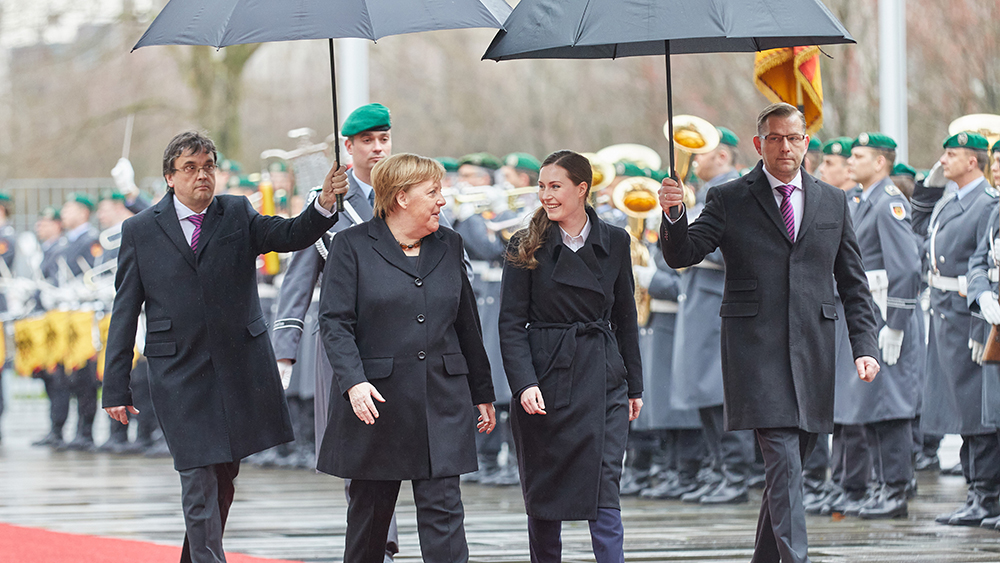 EU climate policy and the upcoming negotiations on the next multiannual financial framework came to the fore when Prime Minister Sanna Marin met with Chancellor Angela Merkel in Berlin. Prime Minister Marin and Chancellor Merkel remarked on the close relationship between Finland and Germany.

“Germany is Finland’s most important trading partner, and we both value cooperation within the European Union and the strengthening of the Union,” Prime Minister Marin said at the press conference.

In their meeting, Prime Minister Marin and Chancellor Merkel discussed the next multiannual financial framework, that is, the EU's long-term budget for 2021–2027. The leaders of the EU countries will meet tomorrow in Brussels for a special meeting of the European Council, where negotiations will begin based on a proposal by President of the European Council Charles Michel. The proposal differs from the compromise proposal drafted by Finland during its Council Presidency.

“I told the Chancellor that Finland is aiming at a moderate overall level for the financial framework and considers it important to allocate sufficient resources to rural development. Funding for agricultural development can support the sector in its transition to climate sustainability. We want the financial framework to support the Member States in implementing the EU’s ambitious climate policy and ensuring respect for the rule of law,” Prime Minister Marin said.

The EU’s ambitious climate policy and the European green growth programme, the Green Deal, were another key theme of the day's discussions. The EU is committed to achieving climate neutrality by 2050.

“Ambitious climate policy and digitalisation are key issues when it comes to strengthening the EU's competitiveness and industrial renewal. We must decide on increasing the emissions reduction targets for 2030 to 55 per cent and accelerate investments in competence building and research,” Marin said.

Prime Minister Marin and Chancellor Merkel also discussed Germany’s Presidency of the Council of the EU, which will begin in July. The close relationship between Finland and Germany is also reflected in this cooperation. The countries have many shared objectives, such as climate policy and strengthening the EU’s role on the international stage.