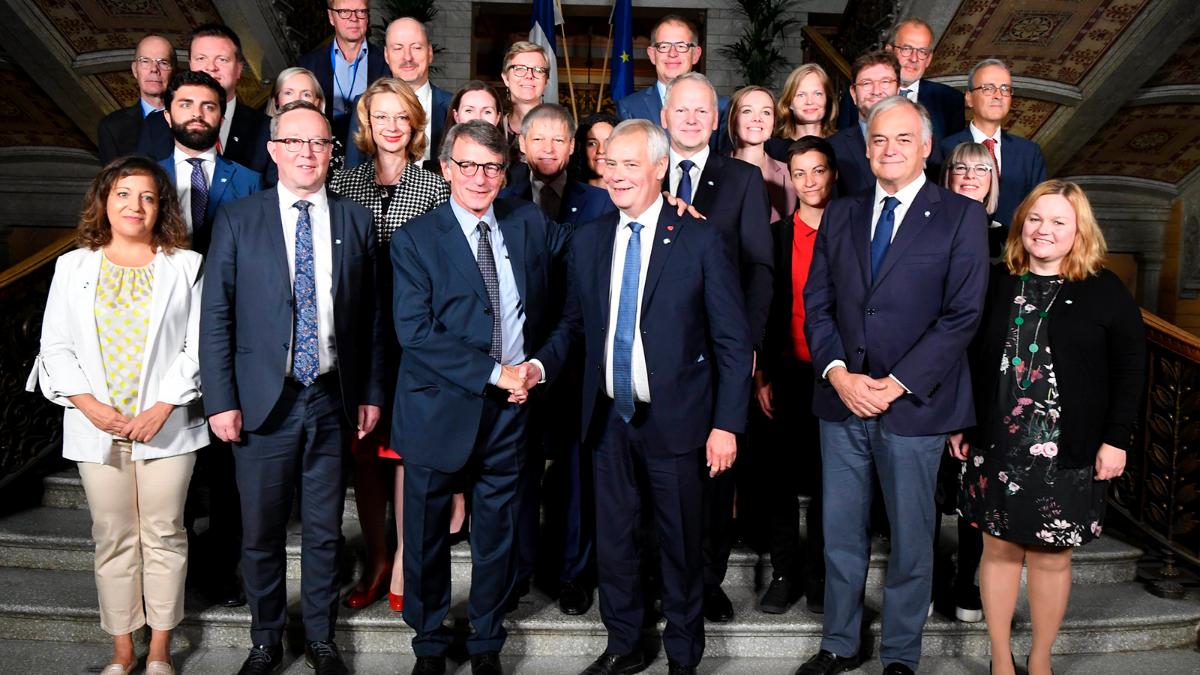 The main topics of the meeting were sustainable growth, climate and the EU’s long-term budget. In addition to covering the priorities of Finland’s Presidency of the Council of the EU, the meeting also discussed cooperation between the Council and the European Parliament.

“Finland wants to move forward in constructive and close cooperation with the European Parliament. I visited the European Parliament in July to present the priorities of Finland’s Presidency of the Council, and today we continued the discussion. It was a pleasure to see that we share a common view on many key issues that are important for the future of Europe,” says Prime Minister Rinne.

Climate and sustainable growth are among Finland’s priorities

The Finnish government and the European Parliament’s President and political group leaders discussed climate change mitigation and sustainable growth at their working session. Finland’s aim is to enable the key elements of the EU’s long-term climate strategy to be defined in the European Council by the end of 2019. Climate discussions are taking place in various configurations of the Council of the EU and at informal meetings of ministers.

“The EU’s climate policy must create hope and prospects for the future for the people of Europe. We want the EU to be a global leader in climate action and to show the way. This means a commitment to achieving carbon neutrality by 2050. It is good to see that the European Parliament, too, broadly supports our climate objectives,” says Prime Minister Rinne.

Climate policy is further underpinned by the growth strategy being promoted by Finland’s Presidency, as this focuses on a competitive, socially inclusive, climate neutral Europe. Under Finland’s leadership, the Council’s main messages on a sustainable growth package will be prepared as a basis for the work of the new European Commission.

The working session also discussed the EU’s long-term budget, the multiannual financial framework (MFF). Finland’s Presidency aims to see that the Council of the EU’s negotiations on the MFF are finalised for consideration by the European Council.

Over lunch hosted by Prime Minister Rinne, the topic of discussion will be the EU’s common values. The EU is examining various measures for strengthening compliance with the rule of law, and Finland has undertaken to move these forward during its Presidency.

“Defending European values and the rule of law simply means protecting citizens and their wellbeing. It must be made clear that there is zero tolerance in the EU for violations of democracy and the rule of law. We have a responsibility for this as decision-makers, and it is also expected of us,” says Prime Minister Rinne.

The visit by the Conference of Presidents of the European Parliament began on Thursday 5 September with a public event at Helsinki’s new central library, Oodi. The programme also included a visit to the Finnish Parliament.