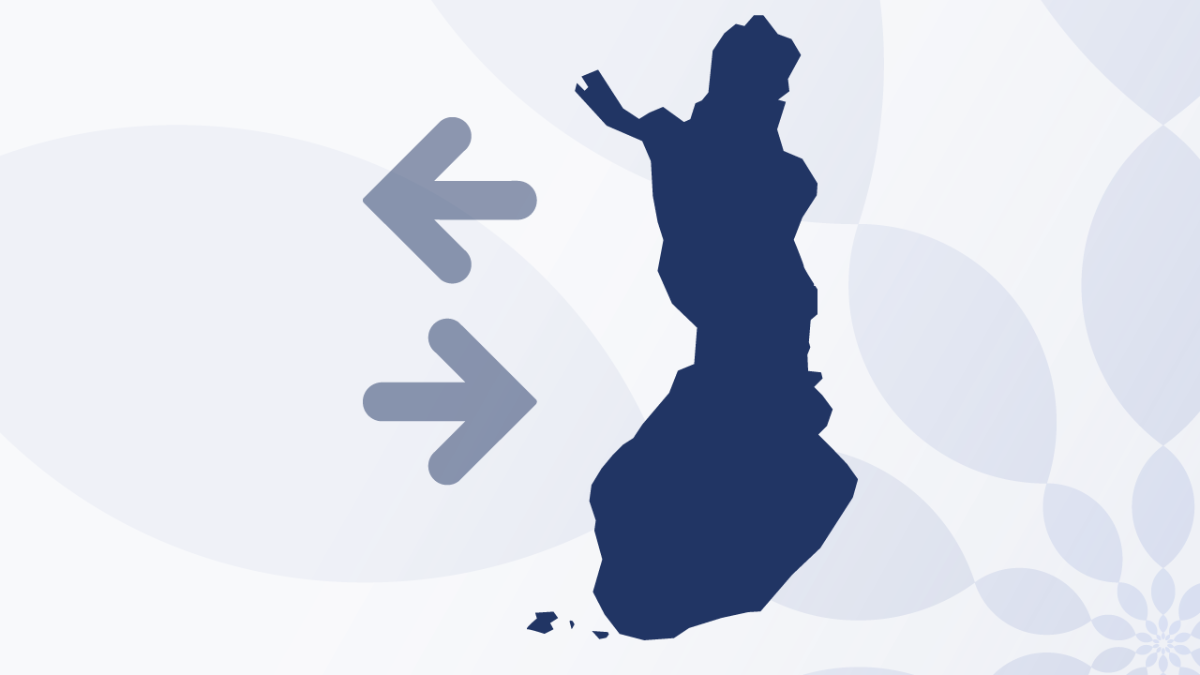 In its session on 11 September, the Government adopted a resolution on a new operating model for implementing the hybrid strategy to manage COVID-19 in border traffic and travel. The operating model will make it possible to ease restrictions on entry while also combating the pandemic at the borders.

New limit value of 25 cases per 100,000 inhabitants in the previous two weeks

The Government will now categorise countries and regions with more than 25 cases per 100,000 inhabitants in the previous 14 days as areas with a higher incidence.

Apart from certain exceptional categories of persons, a certificate of a negative COVID-19 test taken less than 72 hours prior to arrival would be required for those arriving from higher incidence countries or regions. Persons arriving in the country may be placed in quarantine in accordance with the Communicable Diseases Act.
Quarantined persons could end their quarantine upon receiving a negative result from a second COVID-19 test taken 72 hours after entry at the earliest.

Persons staying in the country for less than three days will not be required to quarantine or take a second test.

The above-mentioned special measures will not be required for persons arriving from countries or regions with a lower incidence (no more than 25 cases per 100,000 inhabitants).

The Finnish Institute for Health and Welfare will assess the classification of countries and regions in the categories of lower and higher incidence on a weekly basis. The Government plenary session will decide on any changes to the list of countries based on a proposal from the Ministry of the Interior.

Finnish citizens and permanent residents of Finland would not be required to show a test certificate when returning to Finland. Upon arrival from higher incidence countries, they would be guided to get tested and begin their quarantine in Finland.

Travel restrictions to be eased

The new testing-based operating model will make it possible for the tourism sector to operate better than at present.

With the new operating model, charter and group tours from both EU and Schengen countries and those countries on the EU’s Green List will be permitted even if the country’s incidence exceeds the limit value of 25 cases per 100,000 inhabitants, as long as the tour lasts no more than 72 hours. If the tour lasts more than 72 hours, the normal procedures for quarantine and the second test will apply.

To ease the conditions for work and other daily interaction between border communities, travel without a test certificate or quarantine requirement will be permitted at the northern land border and in ferry and air traffic to Estonia and Sweden, as long as the regional disease situation remains roughly equivalent, regardless of the incidence rate in the countries. In the case of other passengers, the health authorities will carry out targeted inspections and testing based on their risk assessment.

Special groups permitted to enter from all countries on justifiable grounds

As an exception to the requirements set by the new model or the transitional model, special groups, such as representatives of culture, sports and business life, may be approved for entry for justifiable reasons. These reasons primarily include carrying out tasks necessary to secure the recovery, new growth or long-term operating conditions of a certain sector.

The employer or other inviting party must present a health safety action plan for the person or group in question in accordance with the national guidelines. The Border Guard will coordinate on the necessity and conditions for the entry of special groups.  The inviting party should send its application to the Border Guard.

The applications should indicate the national relevance of the activities and explain why other procedures cannot be followed or why entry from a country not included on the EU’s Green List should be allowed, and should provide information on the measures to be taken to ensure adequate health security.

The model for the entry of special groups is described in more detail in the presentation material for the press conference and in the Government resolution (see annexes).

Introducing the two-test model will require urgent legislative amendments, including amendments to the Act on Transport Services, along with an increase in testing capacity and reallocation of testing, and other measures to ensure health security upon entry. All costs associated with the model and the increase in testing capacity will be fully covered.

The Government will submit a proposal to Parliament proposing that new provisions be added to the Act on Transport Services regarding the inspection of negative infectious disease test results and the presentation of certificates. Prior testing will be considered a prerequisite for entry from countries with higher incidence rates as soon as the relevant legislative amendment has entered into force. As concerns the second phase test, the model will be introduced by 23 November 2020.

Transitional model in force from 1 October to 22 November

During the transition period, the limit value of 25 cases per 100,000 inhabitants applicable to internal border control will also apply to the countries on the EU’s Green List. For countries exceeding the limit value, the only accepted criteria for entry are the return of persons living in Finland or in another EU or Schengen country and other essential reasons.

If they so wish, residents of Finland returning from countries with higher incidence rates could shorten their period of self-isolation by taking a test as soon as they arrive in Finland, followed by a second test after 72 hours at the earliest. This will ease the conditions for essential travel for work.

A second test and quarantine is not required for persons staying in the country for less than 72 hours.

The transitional model will also include what is stated above for the new model with regard to special groups, work and other day-to-day interaction between border communities at the northern land border, and ferry and air traffic to Estonia and Sweden.

On 11 September, the Government also adopted a decision on the continuation of internal border checks and on restrictions on border traffic, which will enter into force on 19 September and continue until 18 October.