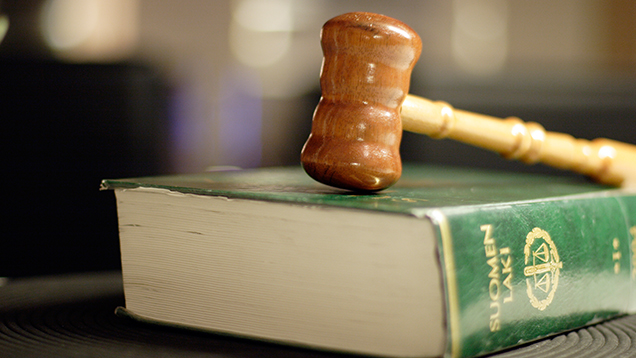 The amendments to the Aliens Act will prevent exploitation of foreign labour and improve the legal status of victims of exploitation. The aim of the Act is to detect exploitation at work more easily than now.

– Taking advantage of foreign workers amounts to economic exploitation and this does not belong to the Finnish labour market. The new rules will offer more protection to the victims and make exploitation more difficult. They are a central element in the Government’s combat against exploitation of foreign labour, Minister of Employment Tuula Haatainen says.

As a result of the legislative amendments, a worker’s residence permit may be refused if there are reasonable grounds to suspect that the employer or the sponsor intends to circumvent the provisions on entry or residence.

The proposal does not affect the ability of a foreigner to obtain a residence permit for another employer. The amendments would give the TE Office better opportunities to refuse workers’ residence permits, if the employer has acted in a reprehensible manner.

– Increasing control prevents exploitation and protects the labour market from unfair competition. It is important to stop recruitment from abroad by employers who have been found to exploit their workers, Minister Haatainen adds.

Legal position of victims to improve

If there are reasonable grounds to suspect that a foreigner who holds a residence permit has been exploited at work, they will not lose their right to reside and work in Finland. In such a case, they may continue to work for a new employer or for the purpose of applying for a new residence permit.

– As long as the legal position of the victim is weak, the exploitation of foreign labour will remain a hidden phenomenon. By strengthening the victim’s right to work in this country, we will improve the ability of the authorities to detect this objectionable phenomenon and to intervene in it, Haatainen says.

The working group on the prevention of the exploitation of foreign labour, which is under the purview of the Ministry of Economic Affairs and Employment, prepared the legislative proposal. Based on the working group’s proposals, other measures to combat exploitation have been launched, including the Working in Finland brochure for those coming to work in Finland and a multilingual counselling service for seasonal workers. Several projects on combating the exploitation of foreign labour are also under way in different administrative sectors.

Government to monitor the effectiveness of new laws

The provisions in the Aliens Act will be completely new. The Act has not previously laid down provisions on residence permits of victims exploited at work or on sanctions that can be imposed on the employer.

For this reason, Parliament requires that the Government closely monitor the impact of the reforms on detection of exploitation of foreign workers and the legal status of victims. The Government is required to submit a report on the matter to the Employment and Equality Committee by the end of 2022.

On Thursday 17 June 2021, the Government proposed that the President of the Republic approve the amendments. The President is to approve them on Friday 18 June 2021. The new provisions will enter into force on 1 October 2021.