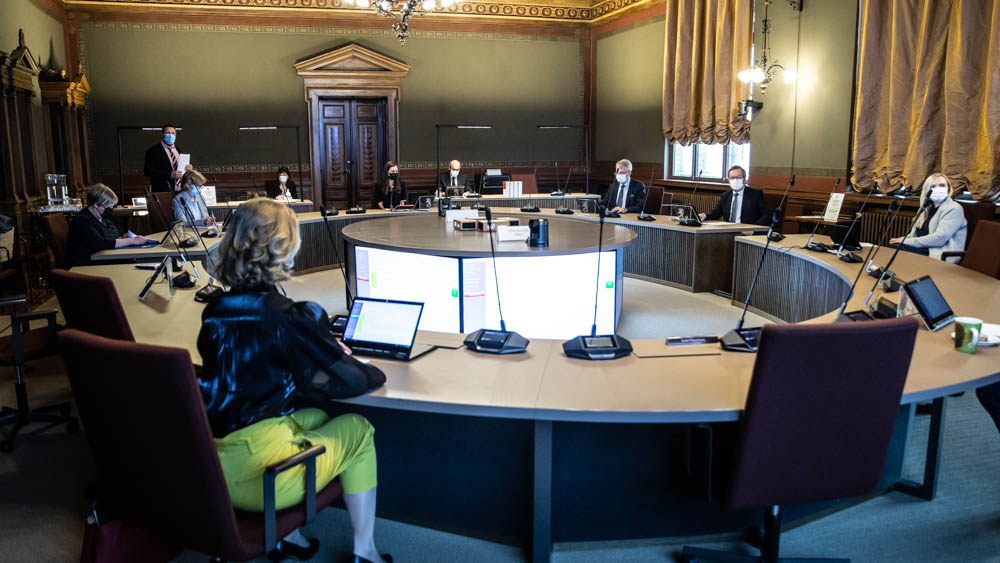 In its plenary session on Tuesday 27 April, the Government issued decrees repealing the use of powers under the Emergency Powers Act and declared that the current situation in the country no longer constitutes a state of emergency under section 3 of the Emergency Powers Act. In the Government’s view, the COVID-19 epidemic can now be managed using the regular powers of the authorities.

Over the past five weeks, there has been a clear decrease in the number of new cases of COVID-19, which is a sign that the epidemic is currently winding down in Finland. Increased vaccination coverage also lessens the risk of more serious cases of the disease. According to an assessment of the current situation by the Finnish Institute for Health and Welfare (THL), the regular powers of the authorities are sufficient to combat the COVID-19 epidemic and to safeguard the carrying capacity of the healthcare system.

The President of the Republic and the Prime Minister have discussed ceasing the application of the Emergency Powers Act.

The end of the state of emergency does not mean that the COVID-19 epidemic is over or that we will not see a resurgence in cases. The significance of the decision is that the powers under the Emergency Powers Act will no longer be used.

In line with the Government’s hybrid strategy, other legislative powers will continue to be applied – in particular those laid down in the Communicable Diseases Act, but also the Border Guard Act – along with other legislation for normal conditions. In addition, the situation is being managed through regulations, guidelines and recommendations issued by the authorities.

That said, the number of COVID-19 remains high enough that the situation may deteriorate again if contacts between people increase significantly and the virus is able to spread more freely in the population. With this in mind, it is very important to comply with the restrictions and recommendations currently in force.

It is also possible to reintroduce the powers laid down in the Emergency Powers Act as a last resort if the epidemiological situation so requires. This would first require declaring a state of emergency again.

Decrees in force under the Emergency Powers Act repealed

In its plenary session on 27 April, the Government adopted decrees repealing the powers adopted due to the state of emergency:

At the same time, the Government repealed the decree issued under section 88 of the Emergency Powers Act, which allowed deviations from the time limits for non-urgent care in specialised healthcare and in specialised care provided in connection with primary healthcare in the Hospital District of Helsinki and Uusimaa (HUS).

The state of emergency was declared because earlier this year, Finland experienced a considerable increase in the number of new COVID-19 cases. The number of cases continued to increase at an alarming rate despite the restrictive measures.

COVID-19 vaccine uptake to be accelerated through private healthcare